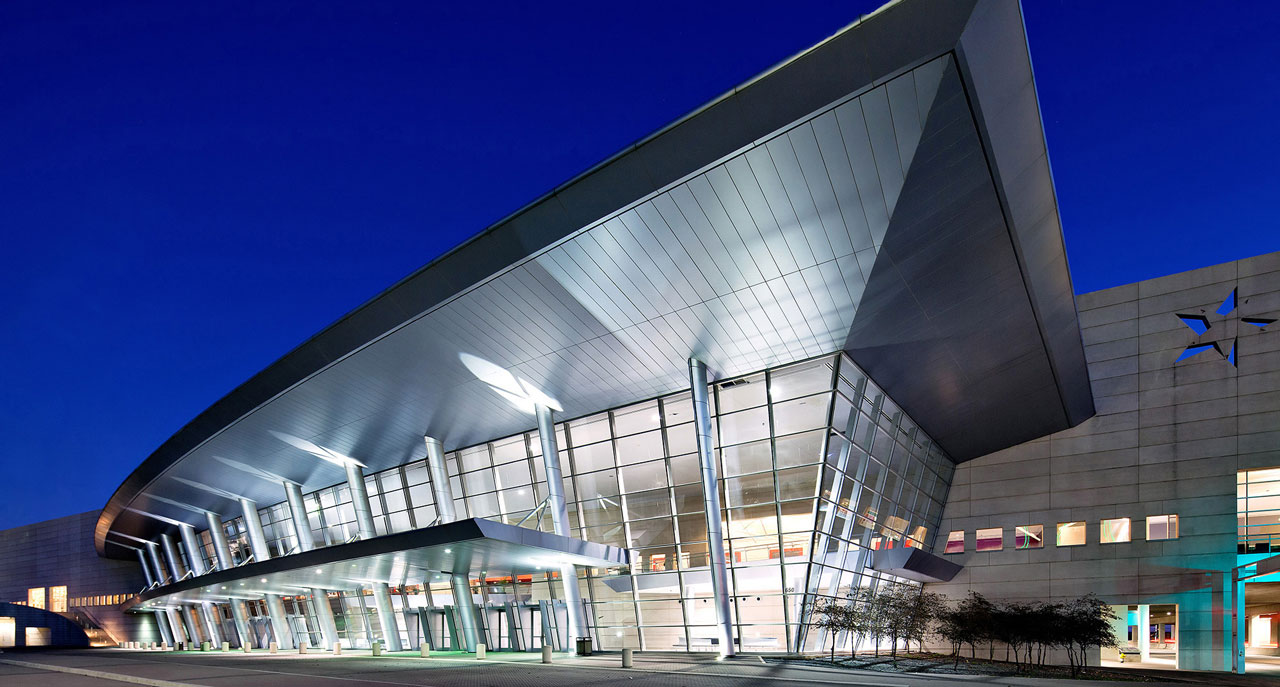 DALLAS (BP) — Going into this year’s annual meeting as president of the Southern Baptist Convention, Steve Gaines acknowledged Southern Baptists face some critical decisions in the days and months ahead.

“Obviously, we face the challenge of seeking new leaders to fill two of our most important leadership roles — the President of the International Mission Board and the CEO of the SBC Executive Committee,” he said in written comments to Baptist Press.

“We must have Godly, Spirit-filled leaders in those positions,” Gaines said. “We all know that everything rises and falls on leadership. We need to pray that the Lord will place the exact people He wants in these two vital positions.”

Among those key leadership decisions, messengers will elect a new SBC president during the June 12-13 meeting at the Kay Bailey Hutchison Convention Center in Dallas. Gaines, who will finish his second and final one-year term, noted that the candidates who have announced their intentions to be nominated appear to be “Godly men” and well qualified for the post.

“J.D. Greear and Ken Hemphill are both Christ-like men who have led wonderful, evangelistic churches,” said Gaines, pastor of Memphis-area Bellevue Baptist Church in Cordova, Tenn. “Both have earned Ph.D.s and both love the Lord and the Southern Baptist Convention.”

“… I urge all Southern Baptists to pray to our sovereign God,” he noted, “and to ask Him to have His way regarding the election for all the officers in Dallas, including who will lead us as our next President.”

During the meeting, Gaines will call Southern Baptists to “pray for the Lord’s manifest presence to envelop all of us,” he said, “from the first prayer on Tuesday morning to the closing prayer on Wednesday afternoon.”

The Tuesday evening session will focus on a time of prayer and worship with special guest and Christian apologist Ravi Zacharias. This year, Gaines will also urge Southern Baptists to “boldly testify of the saving work that Jesus Christ has accomplished for all of us.” This year’s theme, “Testify! Go. Stand. Speak.” is based on Acts 5:20. On Wednesday, a special president’s panel will be held again this year on financial stewardship.

“Pray that during our meetings we will discuss issues in a united, civil, Spirit-filled way,” Gaines urged. “Pray that when we leave Dallas, we will do so with a genuine unity of spirit and purpose — to reach lost people throughout the world with the saving Gospel of Jesus Christ.”

For the second consecutive year, Crossover evangelism efforts will feature a Harvest Crusade led by California pastor Greg Laurie on June 10. Crusade organizers will work with volunteers to help local churches conduct door-to-door visitation in the Dallas-Fort Worth area. They will engage residents in Gospel conversations and extend personal invitations to attend the Sunday evening event.

The North American Mission Board, Southern Baptists of Texas Convention (SBTC), Baptist General Convention of Texas (BGCT) and local Baptist associations will help congregations connect with personal evangelism opportunities in the area as part of the Crossover outreach before the annual meeting. The SBTC also is offering vision tours throughout June for pastors, mission leaders and church members to consider opportunities for serving other areas of Texas as well. SBTC has developed the 1Cross app as an evangelistic tool to share the message of the Gospel in multiple languages.

In January, Florida pastor Ken Whitten announced Greear, pastor of The Summit Church in the Raleigh-Durham, N.C., area, will be nominated for SBC president.

During the 16 years Greear has led The Summit, it has seen worship attendance grow from 610 in 2002 to just under 10,000, according to statistics available through the SBC’s Annual Church Profile. Total baptisms increased from 19 in 2002 to 631 in 2017 at the church’s nine campuses. The Summit has planted 248 churches to date, including 208 outside the U.S., with a goal of starting 1,000 churches in 50 years, according to North Carolina’s Biblical Recorder newsjournal. See full story

In February, a coalition of Southern Baptists announced via a Baptist state paper that Ken Hemphill will also be nominated for SBC president.

Hemphill was president of Southwestern Baptist Theological Seminary from 1994-2003 and national strategist from 2003-11 for the SBC’s Empowering Kingdom Growth (EKG) emphasis, an initiative launched in 2002 calling Southern Baptists to renewed passion for God’s Kingdom. In 2011, Hemphill became founding director of North Greenville University’s Center for Church Planting and Revitalization, continuing EKG’s emphases under the acronym CPR. He now serves the university as special assistant to the president for denominational relations. Hemphill also has pastored churches in Kentucky and Virginia and led the Home Mission Board’s (now the North American Mission Board) Southern Baptist Center for Church Growth in the early 1990s. See full story.

Annual meeting attendees once again can stay updated by using the “SBC Annual Meetings” mobile app. The app will include a listing of speakers for the SBC Pastors’ Conference and SBC annual meeting as well as the daily program schedule, daily events, exhibitor listing, convention center maps, interactive map of the exhibit hall, 2018 Book of Reports and more. Download the app on your mobile device by accessing the App Store, Google Play or by visiting app.core-apps.com/sbc_am2018.

Attendees also can follow on Twitter @SBCMeeting, @BaptistPress, @SBCLife, @sbccp and @SBCPastorsConf for the latest annual meeting updates. Many social media users will employ the hashtag #sbcam18 in their posts about the annual meeting.

— Following the election of H.B. Charles as the first African American president of the SBC Pastors’ Conference, diversity has been among the anticipated emphases at this year’s conference. But Charles says diversity, while important, will be a secondary focus as pastors and their wives gather June 10-11 in Dallas.

This year’s theme will be “Fulfill Your Ministry!” drawn from 2 Timothy 4:5.

Charles, pastor of Shiloh Metropolitan Baptist Church in Jacksonville, Fla., noted his main concern for this year’s conference is “that these men I’ve invited are faithful preachers and that these are men who represent what 2 Timothy 2:15 says: that they rightly handle the Word of Truth.”

— The annual meeting will feature a “Sending Celebration” Tuesday night “providing a special time for Southern Baptists to celebrate together what God continues to do through our churches as we cooperate in God’s mission,” IMB announced. “Together, these new missionaries are answering God’s call to evangelize unreached people, disciple believers, plant and multiply healthy churches, and train leaders, all for the glory of God.”

— Pastors, messengers and other attendees at the annual meeting will have multiple opportunities to learn about ways to better engage their churches with mission efforts both locally and throughout North America.

“We never stop seeking out ways to help Southern Baptists get the hope of the Gospel out to North America,” said Kevin Ezell, North American Mission Board president. “Through the Send Network, our church planting network, and Send Relief compassion ministries, we hope to equip churches to reach both their communities and all of North America.”

NAMB’s Send Luncheon for pastors will take place at noon Monday, June 11, in the Omni Dallas Hotel. The luncheon will include a special presentation celebrating the numerous ways pastors serve and contribute to the Kingdom and mission of God. Tickets are free but guests are required to register in advance at NAMB.net/sendluncheon.

— The Cooperative Program Stage and Platform, with its focus on the SBC’s channel of financial support for missions and ministry, will again be prominently located between the booths of NAMB and IMB.

The CP Stage “provides an opportunity for messengers to the SBC annual meeting to hear firsthand reports about a variety of SBC missions and ministries, and listen in on hard-hitting and relevant panel discussions which orbit around important issues for Southern Baptists,” said Ashley Clayton, SBC Executive Committee vice president for Cooperative Program and stewardship.

Messengers are scheduled to have an opportunity to hear from SBC presidential candidates Greear and Hemphill on Monday, June 11, at the CP Stage as they share their vision for the SBC. Additionally, messengers will hear from Gaines, Ezell and many other pastors and leaders.

These interviews and panel discussions will touch on topics such as church planting, Send Relief, Send Puerto Rico, adoption, women in ministry, diversity within the SBC, racial reconciliation, unreached people groups and international missions, and other relevant topics.

Programming will run Monday through Wednesday throughout the day, beginning at 8:30 a.m. A complete interview and panel discussion schedule will be available on the SBC mobile app, in the SBC Bulletin and at talkCP.com.

— Ministers’ wives attending the SBC’s annual meeting in Dallas are invited to a trio of women’s events, including a Ministers’ Wives Luncheon, Pastors’ Wives Conference and a women’s expo.

Authors and speakers Lisa Harper of Nashville and Beth Moore of Houston and pastor’s wife Sherri Pomeroy of Sutherland Springs, Texas, will headline this year’s events to be held in the Kay Bailey Hutchison Convention Center in Ballrooms A1-4, Level 2.

This year’s theme for the women’s events is “Restored,” based on Psalm 23:3, “He restores my soul; He guides me in the paths of righteousness For His name’s sake.”

Tickets for the luncheon, which is open to all wives of pastors, church staff members, chaplains, missionaries and denominational workers, cost $15/person and can be purchased online at lifeway.com/en/events/ministers-wives-luncheon.

— GuideStone Financial Resources will celebrate its first century of service, and plans to maintain its founder’s vision of coming alongside retired pastors and their widows in need in their declining years, which it does through Mission:Dignity.

GuideStone again will offer its Wellness Center with its one-stop biometric readings. The free screenings — valued at $150 — offer blood-based checks for cholesterol and glucose. Unlike previous years, it is not necessary to fast before these tests this year. Additionally, GuideStone staff will be available during all exhibit hall hours to meet with participants about their retirement plans or insurance coverages.

Register online at sbcannualmeeting.net/sbc18 under the Messengers/Guests tab. NOTE: messengers, exhibitors and guests need to be registered and properly badged for entrance into the general sessions June 12-13.

Messengers planning to propose resolutions must submit them no later than 15 days prior to the annual meeting. Detailed guidelines on submitting resolutions are available at sbcannualmeeting.net/sbc18 under the Messengers/Guests tab. Resolutions may be submitted online but must be followed up by a letter of credentials from the submitter’s church.

Southern Baptist Disaster Relief child care volunteers will care for preschoolers while Giant Cow Children’s Ministries will lead the 5-12-year-olds and Woman’s Missionary Union will guide the Youth on Mission curricula and activities.

All activities for children and youth will be housed at the Kay Bailey Hutchison Convention Center. Youth who have completed grades 7-12 will begin their days at the convention center with worship each morning before going into the community for hands-on mission projects.

Pre-registration is required and will be handled online at sbcannualmeeting.net/sbc18 under the “children/youth” tab. The deadline for registration is May 11 for most programs, or when the space limitation of 125 children is reached. There will be no on-site registration.