Rummage proclaims victory in Jesus ‘because of the cross,’ in annual sermon 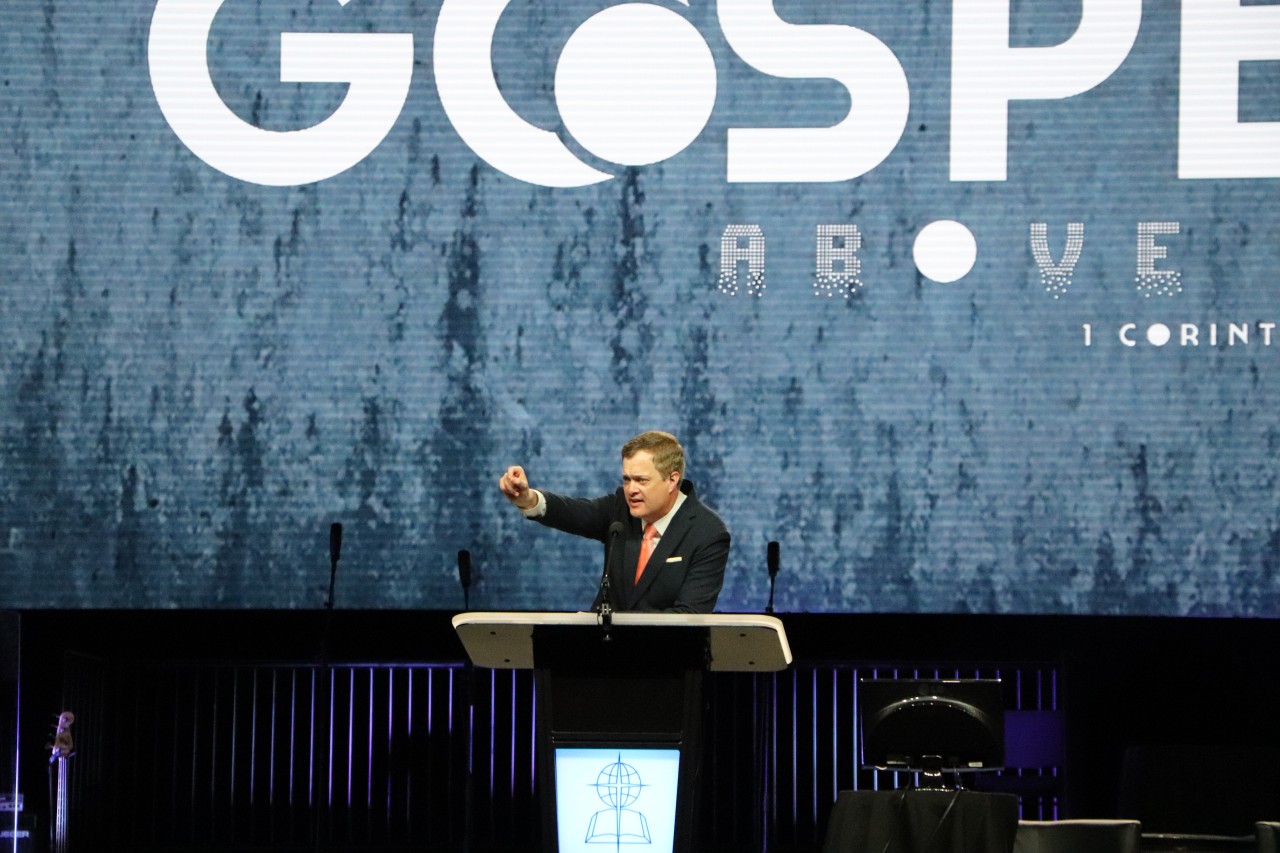 BIRMINGHAM, Ala. (BP)—Stephen Rummage, pastor of Oklahoma City, Quail Springs, proclaimed the power and promises Christians have in Jesus Christ “because of the cross,” during the annual sermon at the Southern Baptist Convention’s (SBC) 2019 Annual Meeting, June 12.

Preaching out of Colossians chapter 2, Rummage emphasized that “every person is on one side of the cross or the other—the lost side or the saved side.”

Underscoring the Apostle Paul’s teaching in Colossians, Rummage highlighted what God accomplished through the death of Jesus Christ on the cross.

Rummage recalled a story from a Billy Graham Crusade, in which one night relatively few responded to the invitation. A businessman and friend of Graham pointed out that the evangelist had failed to preach the cross. The next night, heeding the advice from his friend, Graham preached on the blood of Jesus and His cross, and scores of people were saved.

“When we preach Christ crucified and risen, there’s a built-in power to it,” Rummage said. “Southern Baptists are always in progress. There are areas in which we have failed that we need to make right. If we fail in reaching this generation with the message of the cross, wherever else we might succeed, we fail. If we will simply preach the cross, we can’t lose.”

Rummage emphasized standing for the matters of highest importance.

He was named Quail Springs’ pastor in January, after serving more than nine years as pastor at Brandon, Fla., Bell Shoals. He also has served as president of the Florida Baptist State Convention from 2016-18 and chairman of the SBC Executive Committee in 2017-18.