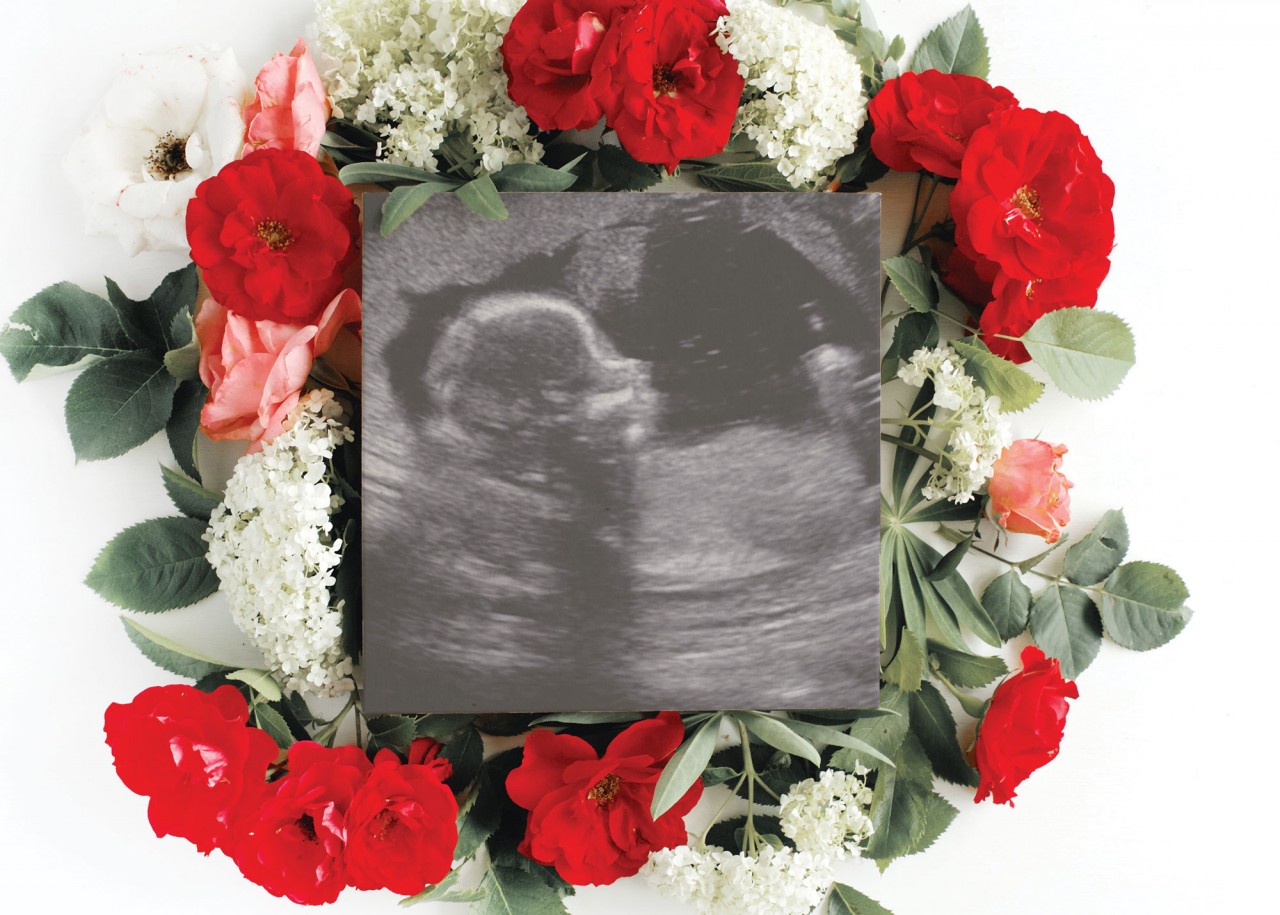 These roses came courtesy of the pro-life faithful who flocked to the Oklahoma State Capitol for the annual Rose Day Rally.

More than 1,000 Oklahomans took part in the 26th annual Rose Day event on Feb. 8 and focused on protecting unborn life. Beginning in the morning, individuals and families began walking the State Capitol halls, delivering roses and pro-life messages to elected officials at the Capitol.

“Christians and other pro-life Oklahomans made a powerful statement by bringing red roses for their elected officials, as a symbol of their belief in the sanctity of human life and pro-life views,” said Brian Hobbs, Messenger editor who serves on the Rose Day Committee.

Around noon in the State House Chamber on the Capitol’s 4th floor, a special rally took place. The keynote address was delivered by prominent Southern Baptist pastor and leader Ronnie Floyd.

Floyd preached on “A Pro-Life Vision for America.” Citing the progress made by states to regulate abortion and reduce the rate of abortion, Floyd underscored the urgency of the task.

Floyd said he was hopeful the U.S. Supreme Court will become more pro-life and that the current White House Administration will advance a pro-life tone. At the same time, Floyd pointed to God as the true source of hope.

“It is God, not Government, who gives us life, and we are created in the image of God. Every life, from the moment of conception to natural death, is sacred, and it is our job as the church to speak out for life,” he said.

In addition to these recognitions, there were prayers offered by Joel Tudman of the Net Church in Oklahoma City and Vicar General of the Catholic Diocese of Tulsa Elkin González.

Patty, a resident of the Center of Family Love near Kingfisher, which serves and is home to adults with intellectual disabilities, read from Psalm 139: “Oh Lord you have searched me and known me… You knit me in my mother’s womb… I am fearfully and wonderfully made.”

The next moving moment came when Crystal Coon gave a testimony of how God helped her choose life and choose adoption amidst an unexpected pregnancy. To this day, Coon shares a meaningful relationship with her daughter, who is now in her teens.

Rose Day began decades ago with two ladies sharing red roses with lawmakers as a symbol of their pro-life views. Since Oklahoma Baptists and other groups became involved in the early 1990s, the event has only grown in size and impact.

“Rose Day continues to be a strategic event that unifies the pro-life movement in Oklahoma. It is a beautiful sight to see families and pro-life Oklahomans come to the Capitol, braving cold weather, to share a rose and speak out for the unborn in such a loving way,” said Hobbs.

“Rose Day creates the expectation with our policy-makers that we want, that we insist on having laws that protect the most vulnerable people in society, the unborn,” he added.

For more information about the 2017 Rose Day Rally, visit www.bgco.org/roseday. 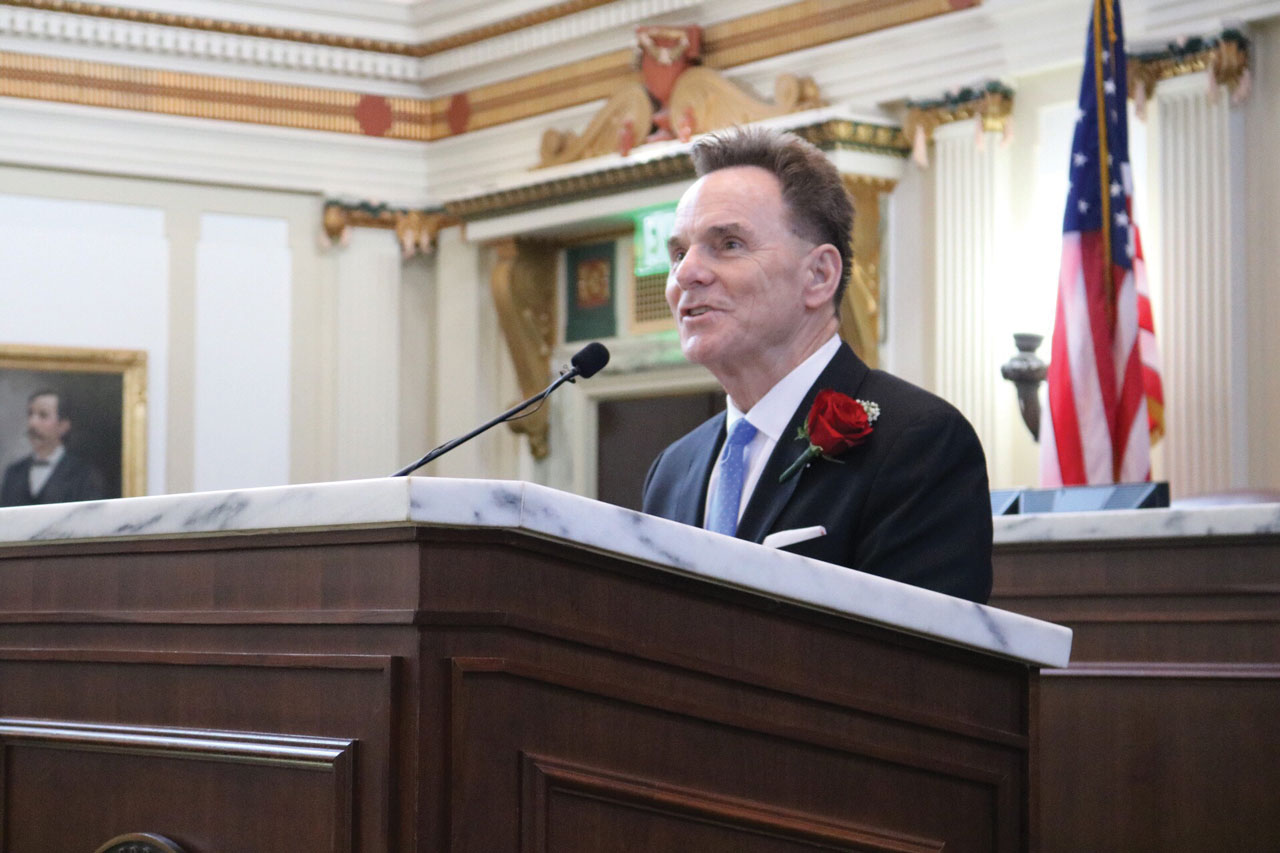 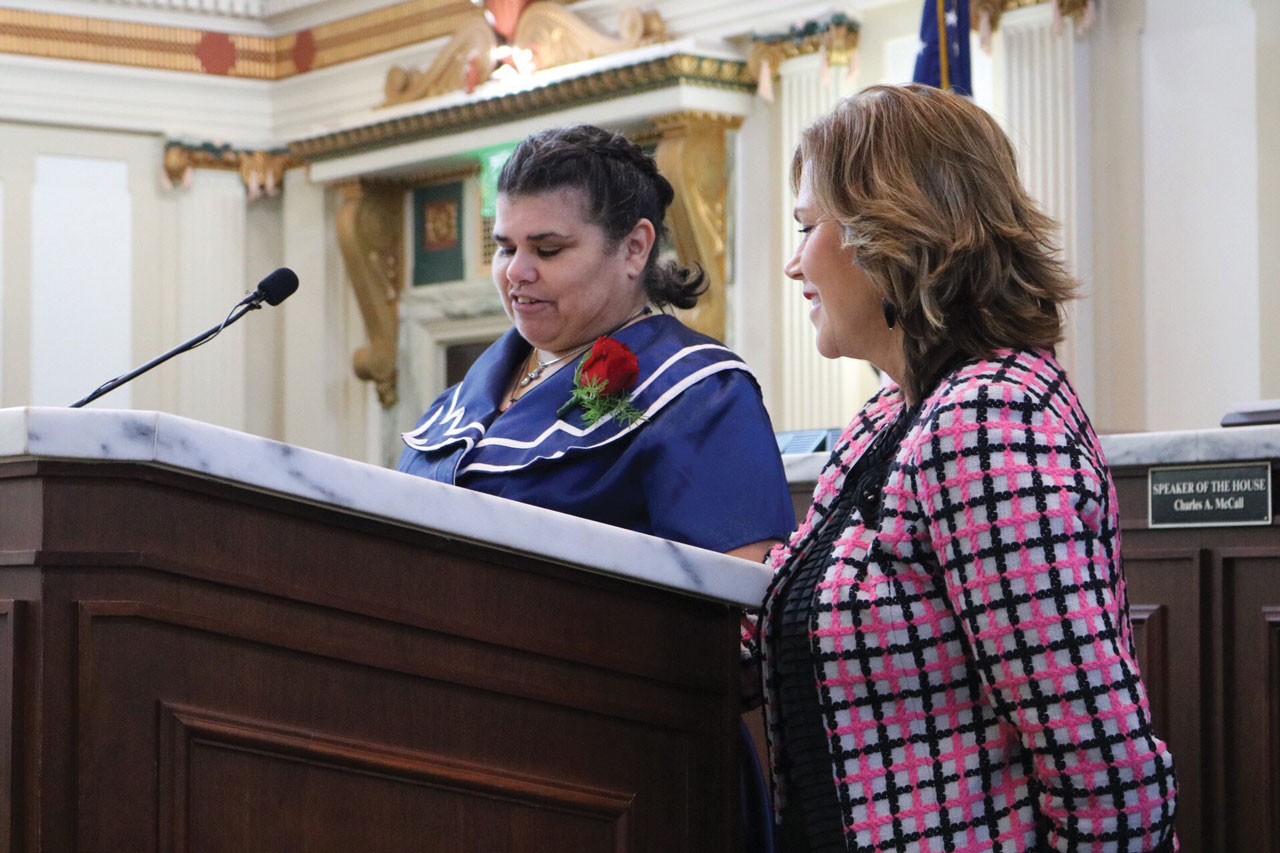 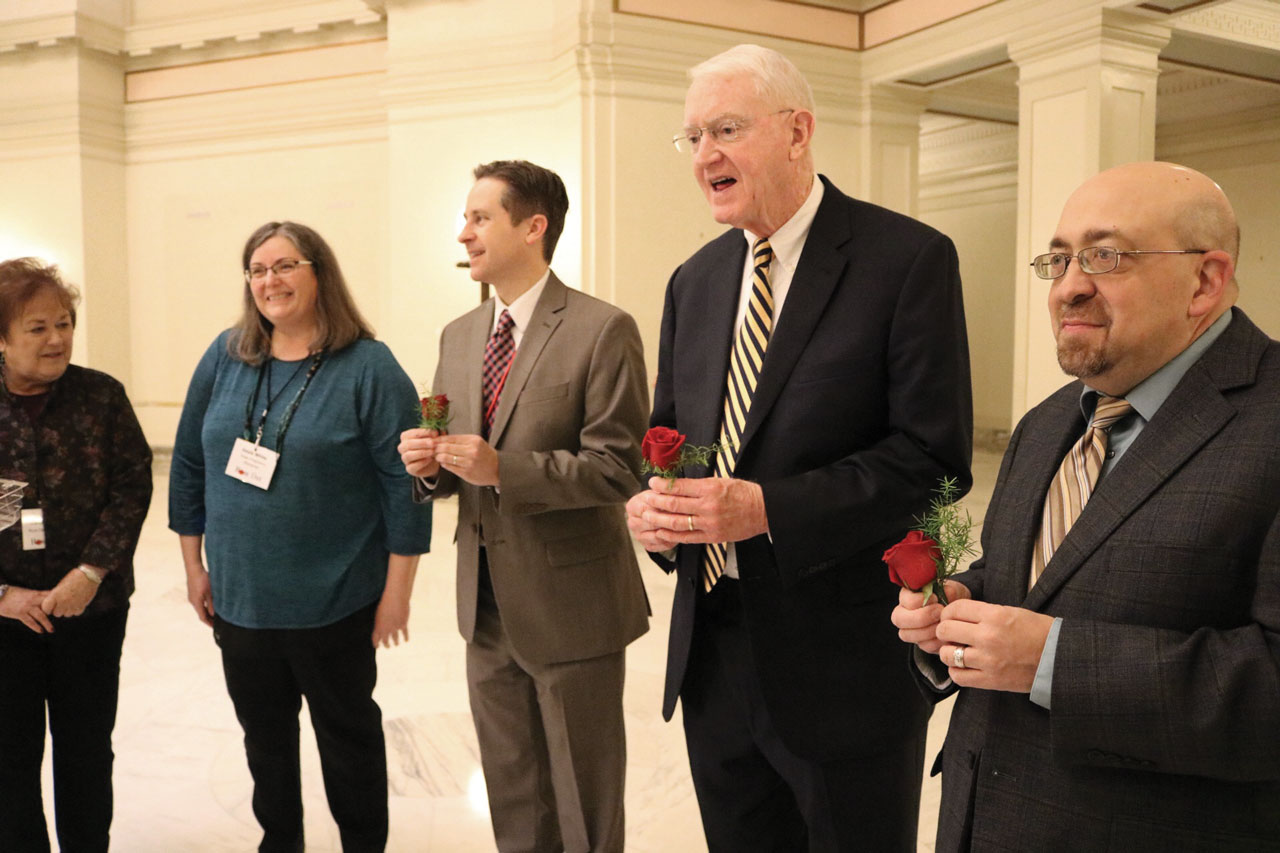 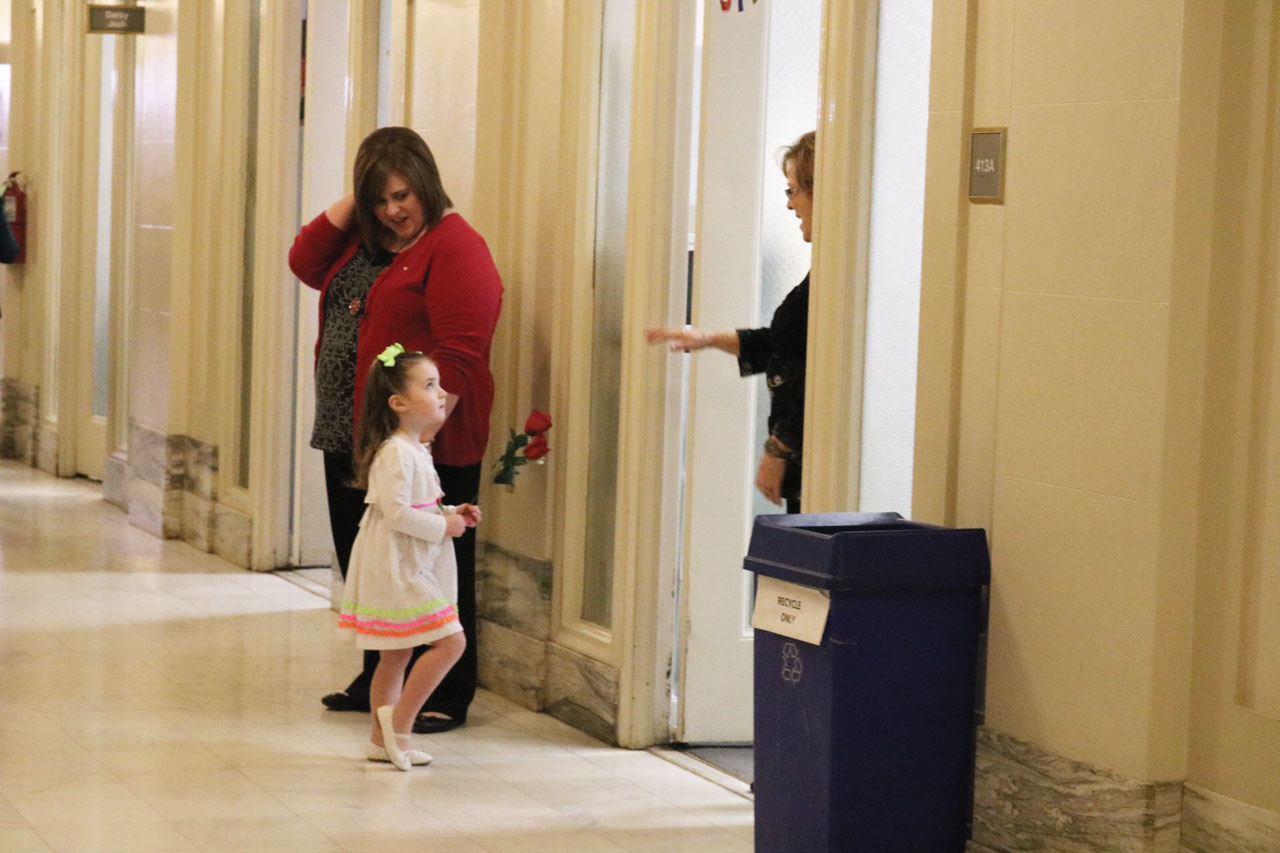 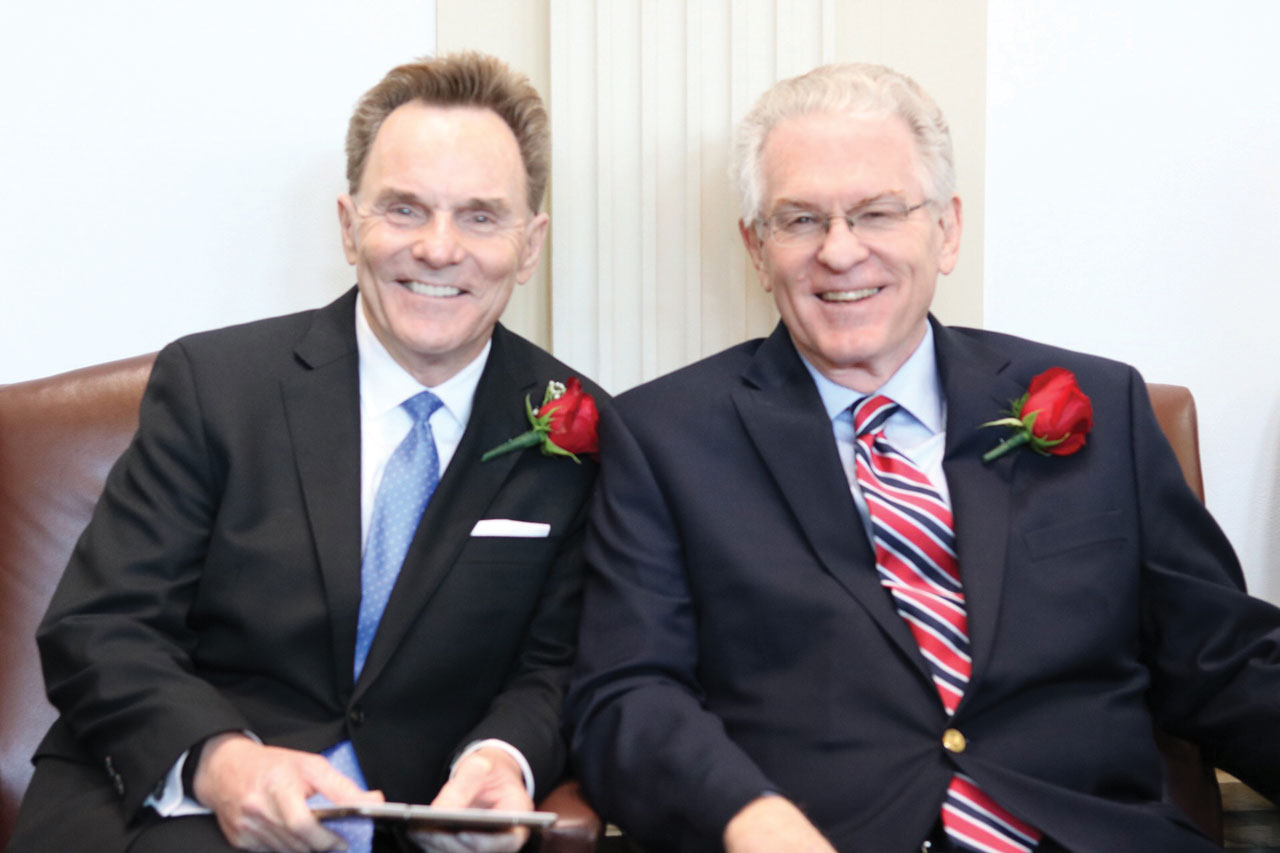 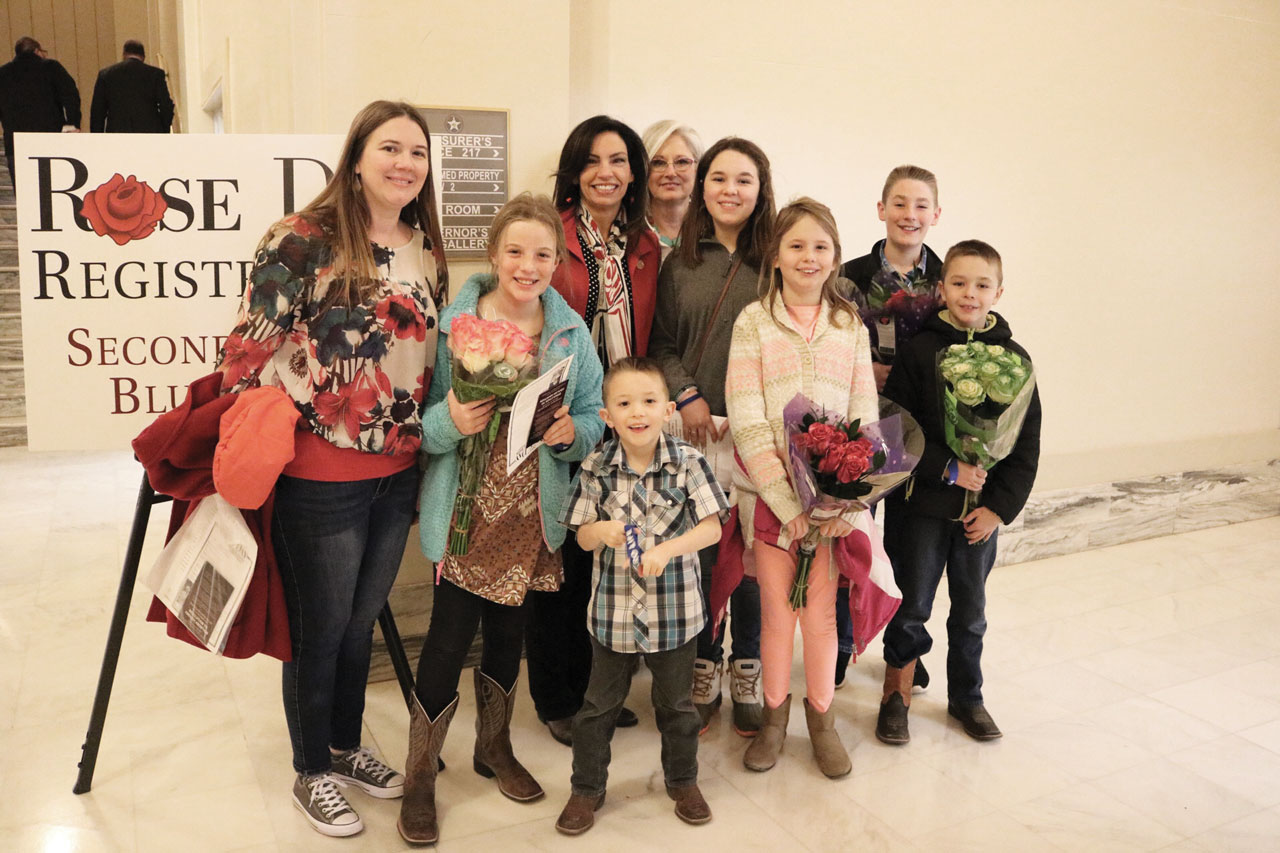