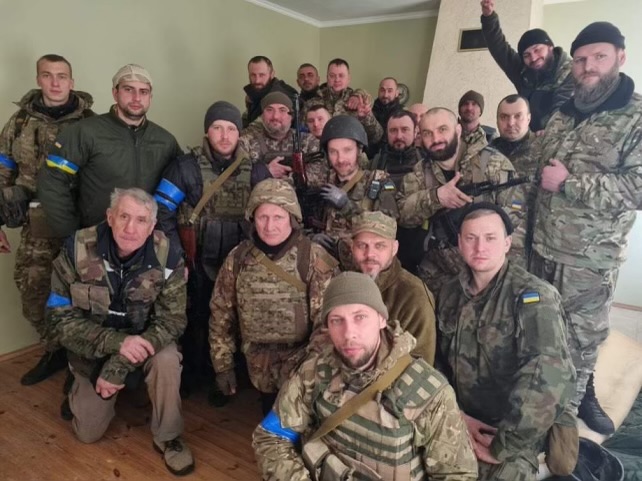 It was the early ‘90s, when the Soviet Union had just collapsed. I don’t know why, but I felt led to start a work in Hungary. I rented a tiny, rusted Renault from another mission organization in Brussels, Belgium. I am not sure how old the car was, but I wouldn’t be surprised if the date was written in Roman numerals. It was cheap because the passenger floorboard had a big hole in it. I learned that watching the highway pass beneath you as you rode along could be almost hypnotic.

“If my men have to die, I pray that they will die knowing Jesus. This is my prayer request.”–Pastor Oleg

It was going to take about 15 hours to make it to our destination, Budapest.  A friend and I started out early in the morning, and as we hit the Autobahn, the car bounced up and down as though it had no shocks. Its engine emitted a high-pitched whine like a jet. Other cars passed us by as though we were sitting still, even though we had the pedal pushed to the floor. Of course, on the passenger’s side, we had to be careful not to let our foot fall through the floor.

I was worn out within the first hour, but we pressed on and arrived in Budapest about the time the sun was going down. We stopped at Déli Pályaudvar, a subway station. Since I spoke no Hungarian, I just went up to people, making the symbol of sleeping by putting my hands together, laying my head on them and closing my eyes. I guess it worked because a man pointed to the roof of a building that had dormers with windows and then made the universal sign of sleep back to me.

I walked to the building, knocked on the door and, when a woman answered, made the familiar sign of sleep and held up some money.  The lady led me inside, took my money and pointed to a metal spiral staircase. I climbed up, and there in the attic were two beds facing a giant window.

I can’t begin to describe what was in my heart. There before my eyes laid the city of Budapest, the Danube River and more than 2 million people who had been under Communist oppression for the past 45 years. I just prayed that God would help me set their souls free. Within a year, I began to work in Budapest and then moved on out to other former Soviet countries.

My first encounter with Ukrainians came when I was asked to do a camp. I was headed to Romania when I got a message from the president of the Hungarian Baptist Convention asking me to first go to a camp. I really didn’t want to go, but I went.

When I got there, I found out that I was a week early. The camp director told me this was a camp for terminally ill children; they had brought them there to teach them how to die. He told me they spoke Russian and that I couldn’t minister to them because I didn’t have anything Russian with me. By the providence of God, I had ended up with a case of Russian Bibles only the night before.

The camp director asked if I would preach; my congregation would be the children who had been exposed to the nuclear meltdown in Chernobyl. They had leukemia, thyroid cancer and other terminal diseases. That night, more than 140 gave their lives to Christ, and each got a Bible to take home with them.

Over time, I did more work in Ukraine. Pastors were trained, the church began to grow, and now there is a strong group of believers. Pastor Oleg, one of the young pastors, recently recorded a podcast with my son. He is the deputy commander and chaplain in Ukraine’s volunteer Territorial Defense Force. Just a few days before recording, he told us that he was heading to the front lines where the most intense fighting is taking place.

We have asked Pastor Oleg several times how we can pray for him. Every time, he answered the same way: “If my men have to die, I pray that they will die knowing Jesus. This is my prayer request.” As he is fighting to save his country, he is more concerned about his men knowing the gift of eternal life through Jesus Christ.

Only God would know that when I prayed out of those dormer windows nearly 30 years ago, I would still be burdened for what is going on there. Right now, my ministry is helping to provide resources to the Hungarian churches to meet physical and spiritual needs for refugees.

No matter what, my prayer is the same as Pastor Oleg’s: I pray that they will die knowing Jesus. That is a freedom no government can take away from you.