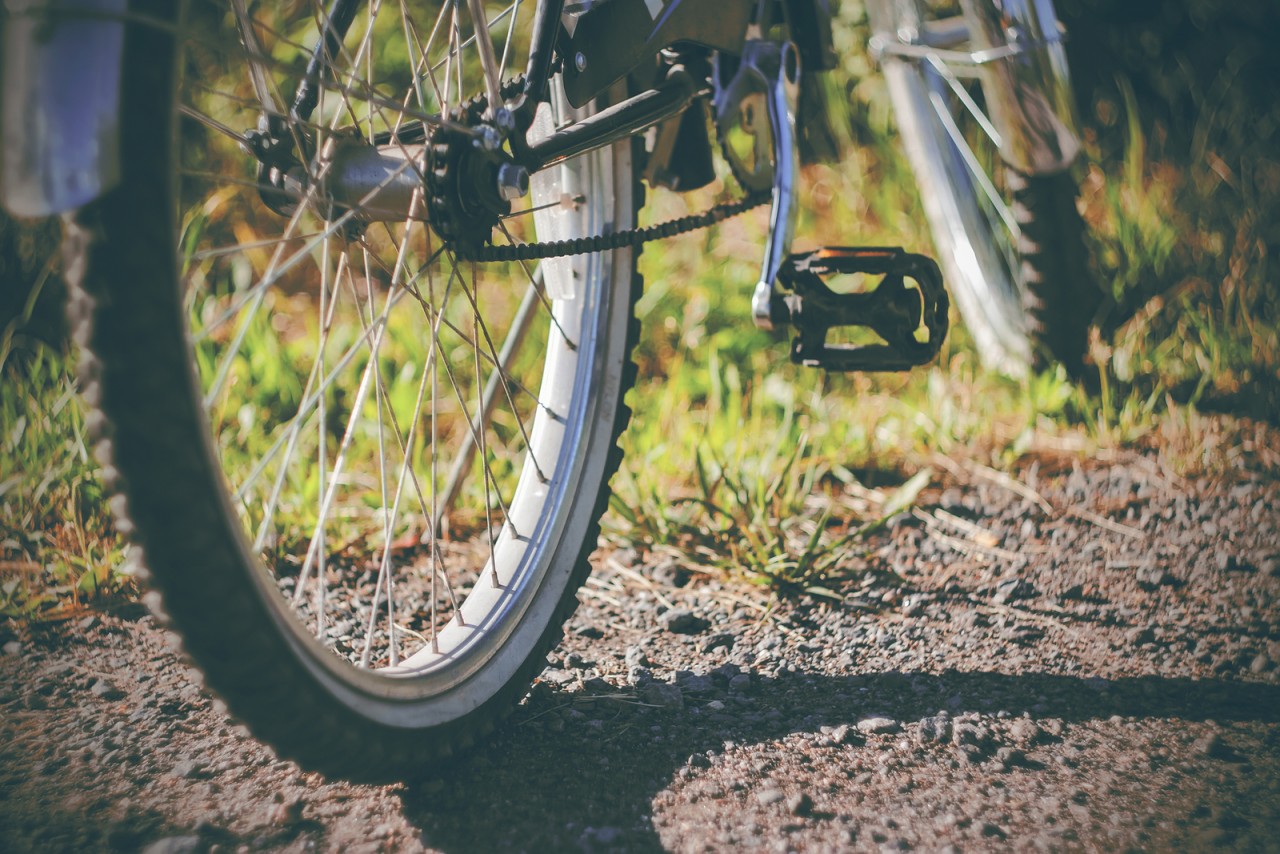 During the first part of my early childhood, I lived on a dead-end street. It really was a dead-end in the truest sense of the word. Our house was the last one, and if you went any farther, you would find yourself going down an embankment and into a cemetery. It was in this space between the driveway and the first tombstone that I learned to ride a bike.

My father never had much patience. His method of teaching a young child to ride a bike was quite simple: Load child on bike, back bike up as if you were pulling back a slingshot, then propel bike as fast as you could down the driveway, hoping said child would learn before dropping off into the cemetery. After several near-fatal crashes, I got the hang of riding, and ride I did. I discovered Dad’s training method worked quite well.

Our family later moved out into the country. In front of our house was a long road, perfect for young boys on their bicycles. There were two things I had to overcome on that country road. The first was a dog that would chase me for about one city block. It wasn’t a little dog but a German shepherd that was rumored to be possessed by an evil spirit. It would lie in wait as I approached the house where it lived and then bolt out as though shot from a cannon, running at top speed, barking and nipping at my feet. To get past this furry monster, I would get my bicycle going as fast as I could, putting my feet high on the handlebars as I prayed to God to give me enough momentum to outrun him.

The second challenge came after you passed our house, where the road took a slight right turn and immediately dropped like a Six Flags roller coaster. I am not sure what it was with my parents that we kept buying homes at the edge of death.

For one birthday, my grandfather gave me a 10-speed bicycle. I wanted to see what speed this bike could obtain, so I zoomed pass the possessed German shepherd, pedaling for all I was worth. I leaned into the turn, legs pumping like a well-oiled machine. I could feel the pull of gravity as the front wheel dropped. I was still pumping as the bike rushed to the bottom, where I hit some loose gravel. The wheels wobbled, so I applied the rear brakes, trying to get it under control. Then I pulled on the front brakes, but when they grabbed the wheel, I went flying over the handlebars.

I don’t remember much of the landing. When I came to, chunks of hair were missing from my head, road rash covered my body, and I had a concussion. I am not sure how I carried the mangled bike back up to the house, and I don’t remember going to the hospital.  I do remember my mom waking me up every hour and asking my name and birthdate. This aggravated me; if anyone should know my name and when I was born, it should have been her. To this day, I have scars on the side of my head from this event.

Everyone must travel down the road of life. No matter who you are, there are challenges you must face. You will have some type of possessed dog chasing you, and you will crash. Your pursuer may be financial pressure, unemployment, the declining health of a loved one or a child who has gone astray. That is life. But the good news is the Bible gives help to us travelers. “This is what the Lord says: ‘Stand at the crossroads and look; ask for the ancient paths, ask where the good way is, and walk in it, and you will find rest for your souls’” (Jer. 6:16a).

God has a given us a road on which to travel, and sometimes we get off that path. It is human nature for us to keep pressing on even though we’re heading toward destruction. Jeremiah reminds us that we need to stop, evaluate and seek God’s ways. Finding His ancient paths will guide us past the chasing dogs and comfort us in our crashes. And getting back on God’s road will lead us to peace. “Trust in the Lord with all your heart, and lean not on your own understanding; in all your ways submit to him, and he will make your paths straight” (Prov. 3:5-6).

I have lived on a dead-end street and near the cliffs physically, emotionally and spiritually. But God has kept my life from being a dead-end, and He has never let me down.