Rite of passage: ‘The Kid’ 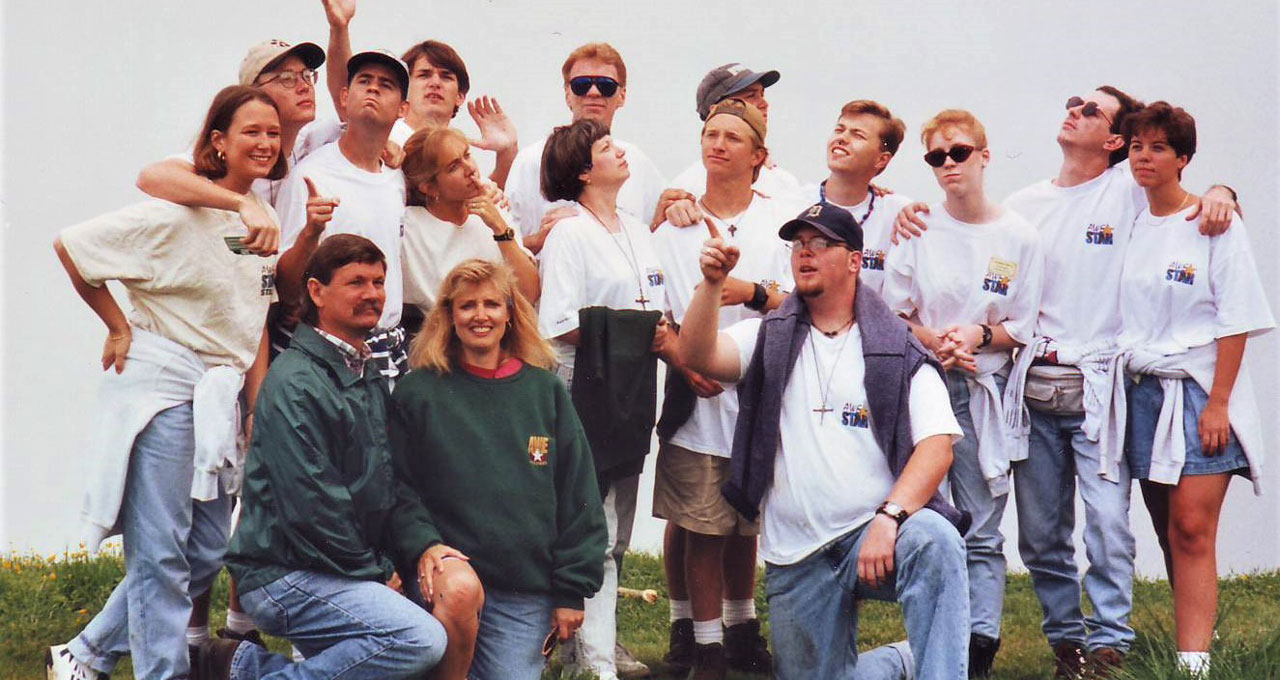 I was flying into Orlando, Fla., where I had been invited to speak at a local church. The Orlando airport is different from most airports I fly into; it is a city unto itself.

You get off the plane and follow the herd until you find a shuttle filled with excited children and weary parents. Most of them are on their way to see a mouse and a duck.

As you exit the shuttle, a crowd awaits that is bigger than some of the towns I have lived in. I am the guy who comes off the shuttle, stops and searches the crowd, looking for a stranger with a sign bearing my name.

As I scanned the crowd, I saw “The Kid.” He was, as my grandma would say, “good-sized,” with a baby face and messy hair. He held a sign that said, “Walker Moore.” He introduced himself, and off we went to his church, where I would speak that night.

The Kid was young, energetic, engaging and loved music. That night, I went to his youth meeting with a small group of young people. It was a typical youth night, complete with worship music. The Kid sang, and I brought the message.

The next day, The Kid took me back to the airport, and along the way, we decided to stop at Pizza Hut and fellowship. As I listened, I felt led to invite him to come and help serve in our ministry. He would set up speakers, run the sound board and set up the audio-visuals.

The first weekend he served with us, a friend offered to fly a private plane to pick him up. The Kid and one of our speakers climbed into the back of the small plane, but it wouldn’t start.

The pilot got out, took a coat hanger, stuck it into the engine and wiggled it around to get things running. I think The Kid prayed harder on that flight than he ever had before.

As the plane approached the runway in Fort Smith, Ark., its battery went dead. The lights went out, but the pilot coasted in and landed safely. After that, I didn’t know if The Kid would return, but he did, and he became a key part of our ministry.

One weekend, our lead singer, Jami Smith, had a conflict and sent a substitute to lead worship in her place. As the replacement started singing, she forgot the words and asked if anyone knew the rest.

The Kid, who had by now sat through many sets of these songs, left the sound board, ran up, grabbed the microphone and began leading the conference in worship. Before long, he became our full-time worship leader.

For many years, our ministry served in the European Baptist Convention, staffing their summer camp. Missionaries, military personnel and expats who served in Europe would send their teens to this camp.

That summer, I needed a worship band, so The Kid and his scraggly band went to the camp to serve. This year’s camp was held in Grindelwald, Switzerland, in the beautiful Swiss Alps.

“The Kid” singing on a hilltop in the Alps.

The highlight of the camp was every Thursday, when we would take the chairlift and head to the top of the mountains to hold a worship service overlooking the Alps. The Kid and his band went first, climbing into the six-man gondola to head up to the top to prepare for the service. The campers followed in their gondolas, and I brought up the rear.

As I exited my gondola, I saw him off to my right. The Kid was standing by himself, arms wide, head high, singing at the top of his lungs. He was in a world of his own.

Every little while, he would pause, and in a fraction of a second, what he had just sung would come echoing back to him. I could sense how deeply he was moved.

Later, he told me, “It was as though the rocks were crying out praise to our God.”

I don’t know what made me do it, but that day, I took a picture of The Kid standing there, singing. He was never the same after that. He came down the mountain a changed man. He had stepped into his dominion as a worship leader who would one day change the world.

We had one more day left at camp. The Kid came to me with his friend Jim and asked my wife and me if we would listen to a song he had written. The four of us sat in a little white chapel with glass walls, overlooking the snow-capped mountains. Jim began beating out a rhythm on a snare drum as The Kid began to sing, “I can only imagine…”

If you haven’t yet seen the movie, it is the touching life story of MercyMe’s Bart Millard. But to me, he’ll always be The Kid.