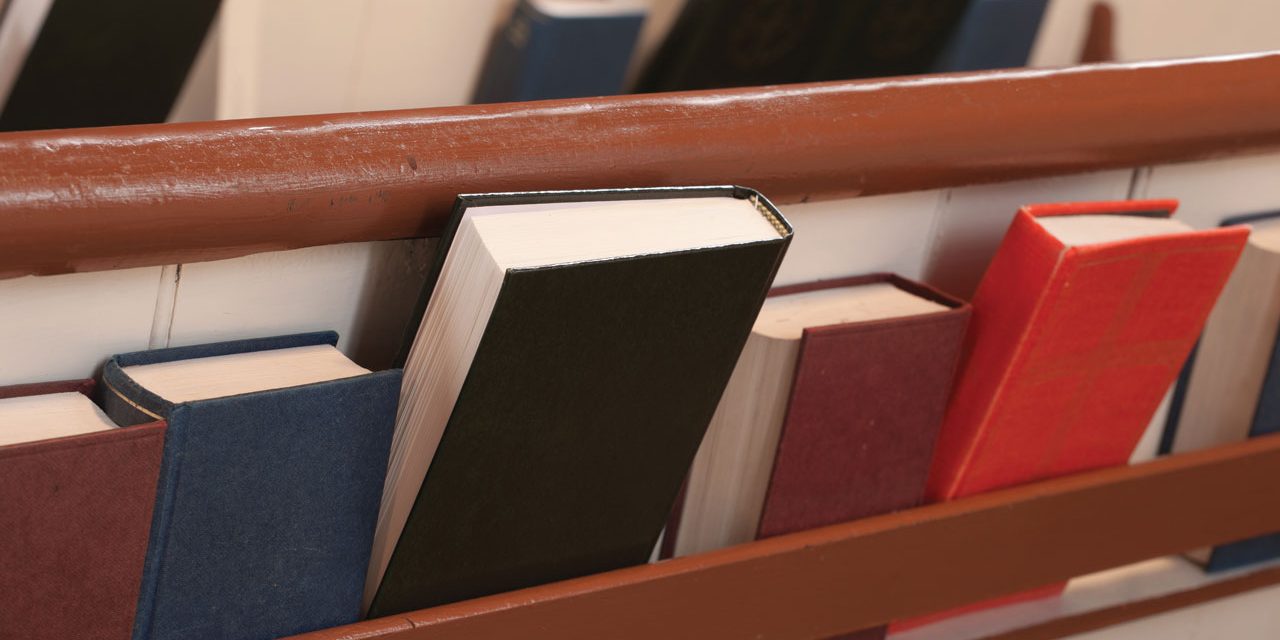 In the late ‘50s, our little country church congregation was split down the middle. The older people wanted to keep the hymnals we already had, but the younger generations wanted a new hymnal that contained some of the more contemporary hymns.

Now, if you know anything about Baptists, you know they are the most agreeable and gracious people on earth—that is, until they don’t get their way. We held a well-attended business meeting where both old and young presented their sides. The older people shared their love for the tried-and-true hymns of old. These hymns contained sound doctrine, they explained, and people visiting from other churches would feel out of place with new-fangled hymnals.

Then the younger people presented their side. They said music had changed over the years, and they wanted hymns that would attract their generation. They preferred the new hymnal that contained both old and new hymns. The frugal older congregation had come out of the Great Depression and didn’t think it would be wise to spend so much money on new hymnals.

This argument went on for months—until one day, someone broke into the church and stole the hymnals right out of the pews.

The younger church members weren’t too upset about the robbery, but the older ones walked around stunned. The police were called in, and the newspaper reported on “The Great Hymnal Robbery.” The police questioned many of the younger folks. Their conclusion was that either the younger members of the congregations were good at protecting the thief or they really didn’t know anything about who might have done it. To this day, the thief has never been caught, and no one has come forward to confess. I was disappointed that I was never interrogated or fingerprinted. I guess a 7-year boy wasn’t considered a likely suspect.

In our county, stealing a hymnal was almost as serious as stealing someone’s dog. There was a lot of speculation about who did it and why. Back then, a Baptist church without hymnals was like a guitar player without strings. Our church called an emergency business meeting, and the new hymnals were approved. Months went by, and we adjusted to the change. The music leader made sure each side of the congregation had several of its favorites sung each Sunday. So instead of one side being totally disappointed over the music selection every week, both sides were only half disappointed.

Fall turned into winter and winter into spring. Our little church held its annual revival, and it was successful, as several of the people we were praying for in our community came to saving grace that week. In our church, next to a potluck dinner, a baptismal service ranked right up there. But our little church didn’t have one of those modern-day baptistries. The floor of the platform was the door of the baptistry. Someone would come in on Saturday and raise the floor to reveal a concrete vault that looked like one of the ones used in a cemetery to hold a coffin. In fact, to a 7-year-old boy with a vivid imagination who observed these baptisms, the words “buried with Christ” had a dual meaning. But on this particular Saturday, when the floor was raised before filling the vault with water, there in the bottom of the baptistry lay the stolen hymnals. They hadn’t been stolen after all, just relocated.

When the older members heard of this great discovery, you would have thought the ark of the covenant had been found. The next day, when the members gathered to worship, they had their choice of hymnals from which to sing “Amazing Grace,” and everyone went home happy.

Yes, this is a true story. As one who has spent more than 40 years ministering in churches, I have seen church members argue about so many things: coffee, carpet, colors and everything in between. Looking back, I know those arguments didn’t add to the growth of the Kingdom. They were just ploys of the enemy to sidetrack us from the main things. When we are busy studying His Word, praying for the lost and meeting the needs of the hurting in our church and community, we don’t really have much time to argue over which hymnals to use.

Whatever happened to those hymnals, anyway? Most churches don’t use them anymore. If you’re going to have an argument, argue over things of eternal value; that is what really matters. Maybe this is why the wise Apostle Paul gave the following advice to young Timothy. “Don’t have anything to do with foolish and stupid arguments, because you know they produce quarrels. And the Lord’s servant must not be quarrelsome but must be kind to everyone…” (2 Tim. 2:23-24).