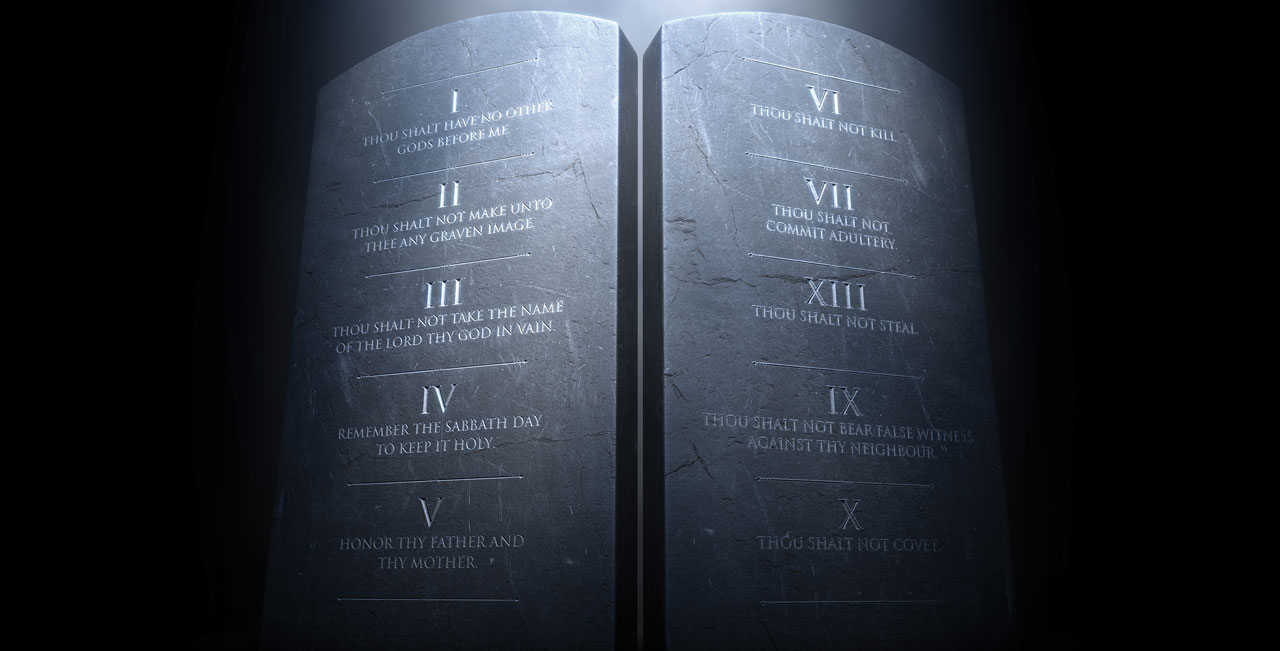 In Sunday School one day, the children were learning about the Ten Commandments as listed in Exodus 20. Each week, the lesson centered around one of the commandments. I am not sure how they handled “Thou shall not commit adultery” with first-graders, but this particular Sunday, the children were learning the fifth commandment, the one that reminds us to “Honor thy father and mother.”

“Honor” is a difficult word for a child to grasp. So the teacher went through a list of words, trying to frame it so the children could comprehend. She used words like “respect,” “obey,” “esteem” and so on. The teacher said, “Children, this commandment teaches us how to relate to our parents. Do you know if there is another commandment that might help you relate to your brothers and sisters?”

One little boy’s arm shot up immediately. The teacher said, “Yes, which one is that?”

The boy replied, “The seventh, ‘Thou shalt not kill.’” I guess he did have a point.

There was a backwoods church where the preacher announced that the next Sunday, he wanted everyone to bring in all their money. He was going to preach on the subject of “Tainted Money.”

The next Sunday, everyone arrived with some kind of container containing their hard-earned cash. Standing behind the pulpit, the pastor asked those who were receiving the offering to come forward.

He told the congregation, “We’re going to pass the offering plate. When it comes by, drop that ‘tainted’ money in.’”

One little boy leaned over and whispered, “Mommy, why is the preacher calling your money ‘tainted’?”

Overhearing the child, the preacher said, “Son, you know why I call it ‘tainted’? ’Th’ain’t yours, and ’th’ain’t mine. It’s God’s.”

’Th’ain’t no way to improve on the Ten Commandments. They are pure, simple and self-explanatory. They tell you what to do and what ’th’ain’t right. In fact, I want to give you the “’Th’ain’t Commandments:”

3. ’Th’ain’t no excuse to drag God’s name through the mud.

4. ’Th’ain’t no reason not to be at Sunday meetin’, unless He has called you home.

7. ’Th’ain’t no foolin’ around with another fella’s gal.

I feel sorry for those who are being publicly flogged. I don’t excuse their sins, but I am reminded of the time a group of men brought a woman to Jesus who had been caught in adultery. The religious reminded Him that according to the Law of Moses, her punishment was to be stoning.

Thinking they had backed him into a corner, they asked, “What are you going to do with her?”

Jesus took His finger and started writing words in the dust. The Scripture continues:

“’Let any one of you who is without sin be the first to throw a stone at her.” Again he stopped down and wrote on the ground.

At this, those who heard began to go away one at a time, the older ones first, until only Jesus was left, with the woman still standing there. Jesus straightened up and asked her, “Woman, where are they? Has no one condemned you?”

As I look at those who are being publicly paraded, I stand with the group that wants to cast stones. Then I feel Jesus writing on my heart, and I am reminded that I am chief of sinners. He reminds me I have broken all 10 of the commandments, and there is none righteous but Him alone. The only difference is I have experienced the forgiveness brought about by the cross. So I lay my stone down and pray for them, because I too am a sinner. Maybe it would change our culture if we reinstated the Ten Commandments into our schools, our churches and especially on the hearts of our children.

Mark Twain told a story about a man who had memorized the Ten Commandments. He told Twain his ambition was to go to the Holy Land, stand on Mount Sinai and recite them. Twain replied, “Have you ever thought about just staying home and keeping them?”

’Th’ain’t bad wisdom to live by.