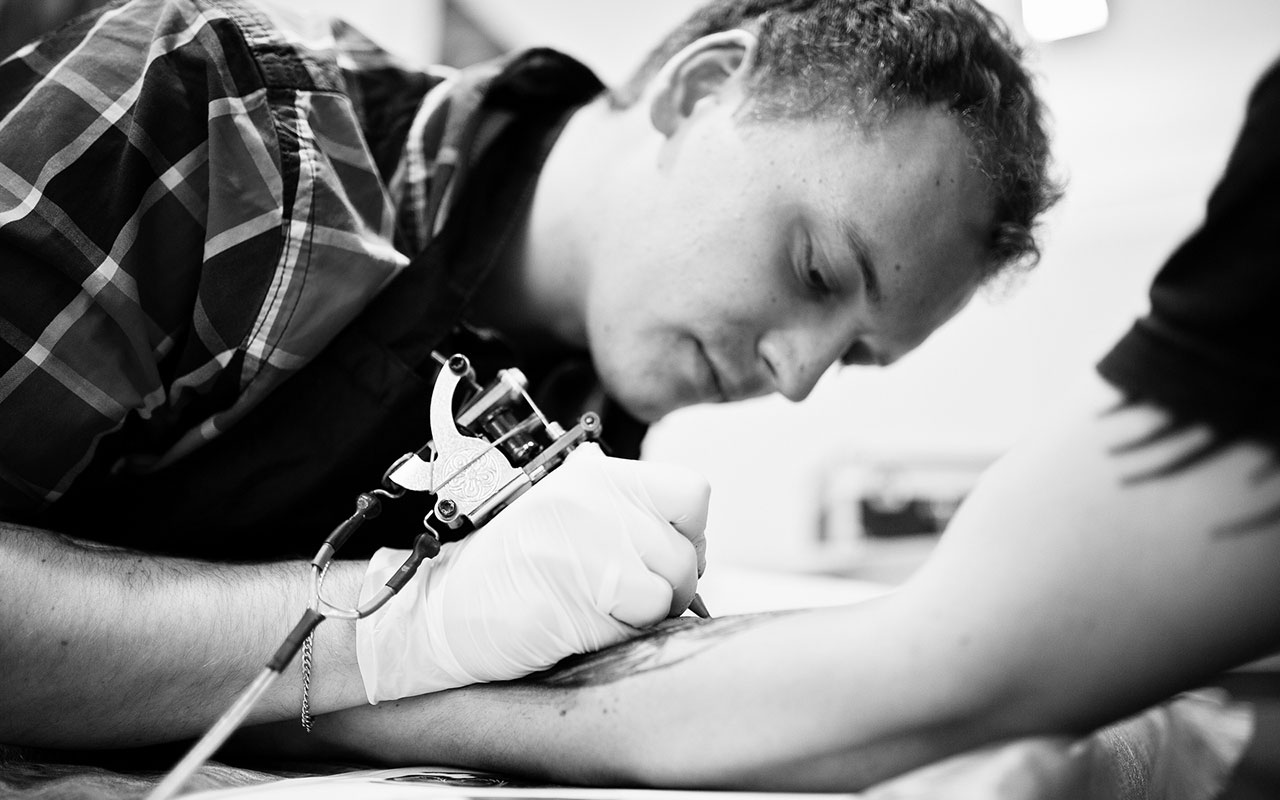 Every once in a while, if you look below this column, you will see the words of a writer named Caleb Moore. In case you’re wondering, yes, that is my son, who has become a tremendous father, a caring husband, a great preacher and a decent writer. To be honest, I am both proud of him and jealous of his writing ability, and I’m glad you read my articles before his came along.

God has led Caleb to minister in places I would never have thought of, and one of those is tattoo shops. Oklahoma was the last state to legalize tattooing, so for many years, the tattoo industry was conducted underground. To keep away from the law, the tattoo artists assumed underground names, which they kept even when tattooing became legal. So Caleb hangs around people who have names like “Jake the Snake” or “Cannibal.”

Caleb recently told me a story I think you should hear. He was making his rounds in the tattoo shops when he spoke with one of their clients, a big man with a massive tattoo. This image of a Roman soldier’s shield covered his entire shoulder halfway to his biceps, displaying the letters Alpha and Omega on the shield.

“What kind of tattoo did you get today?” Caleb asked the man, who rolled his arm over to reveal two little footprints below the shield.

“My son died two days ago,” the man explained. “During the pregnancy, we were informed that he had a condition called omphalocele in which his organs developed outside of his body. We were given the options of having him aborted,” he said. “But my wife and I are followers of Jesus Christ, and we believe in the sanctify of life. Two days ago, my wife went into labor, and our son was born. I got to hold him as he took only a couple of breaths and went home to be with God.

“I cried like I have never cried before,” he continued. “But even though I was sad, I was thankful that God allowed me to have a son this long. I have this shield on my shoulder with the Alpha – Omega representing God as my shield, my defender and protector. And I have put my son’s footprints underneath it because He is also my son’s protector, and I am grateful to Him.”

As Caleb told me this story, I was reminded of a captain in the Roman military. He had a servant who was sick and about to die, so he sent some of the Jewish leaders to ask Jesus to come and heal his servant. As Jesus was walking to the man’s home, the captain had a change of mind and sent some friends to tell Him He didn’t have to come after all. Instead, all He had to do was say the word, and the servant would be healed.

The captain explained that he was under authority and also had people under his authority. When he gave orders, those orders would be carried out. “When Jesus heard this, he was amazed at him, and turning to the crowd following him, he said, ‘I tell you, I have not found such great faith even in Israel’ (Luke 7:9).

Faith is found in the oddest places. We expect to find it in church, camps or weekend retreats. But could it be that we limit God to those places when all along He wants to get down from the cross and walk through our lives?

He was crucified and buried, then rose from the grave so that the walls could be torn down, and faith in Him spread throughout the world. That kind of faith can flow through a bar, a grocery store, an airplane and, sometimes, even our churches.

When God’s people become faithful in testifying to His greatness and glory, faith is unleashed in the most unimaginable places and the most unlikely people. It may be the faith of a man in a tattoo shop who testifies to the goodness and greatness of God for allowing him to have a son who lived only a few moments, or that of a Roman soldier who trusted God’s authority to heal his friend.

If you want to read a modern-day faith story, I recommend the book about BJ Higgins, I Would Die for You: One Student’s Story of Passion, Service, and Faith by Brent and Deanna Higgins. And to the Roman captain, BJ and the man in the tattoo shop: your faith is still changing the world. Thanks!