Rite of passage: ‘Say what?’ 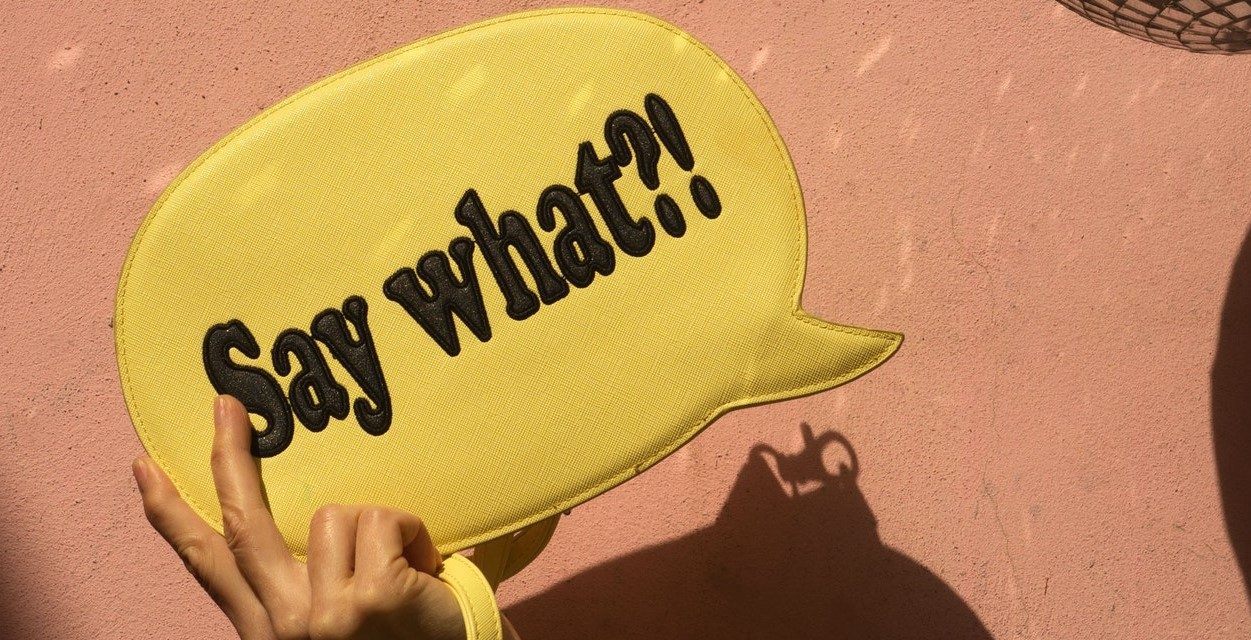 Life in the Moore household is often comical, to say the least. Most of the time, it consists of two senior adults or two senior adults with three young grandchildren, and the conversations can get quite interesting.

Just this morning, I walked from the kitchen into the living room, where my wife confronted me with a problem. I knew it was a problem because she began the conversation with “We’ve got a problem.”

Being the thoughtful, kind and ever-attentive husband I am, I asked her, with all the concern I could muster so early in the morning, “What is the problem, dear?”

“There is a dead bug in the living room.”

I still enjoy playing the part of a knight in shining armor, riding in on a white horse to rescue a damsel in distress. With all the concern a person of my gender could muster up, I asked, “Why didn’t you pick up the dead bug?”

“Its antennae are still moving!”

That’s what I wanted to respond, but I thought better of it.

I have heard rumors of this kind of bug—the kind whose antennae keep moving after it dies—but I thought it only lived in South America.

Please don’t laugh; other rare bugs have migrated to our country. The Asian giant hornet has migrated to the United States; it is also known as the murder hornet. These insects mostly kill honeybees, wiping out an entire colony of 60,000 in just a few hours. You might be tempted to respond, “Say what?” But they are here.

I’ve also read recent reports of the “Aedes vittatus” mosquito having been discovered in the United States. This mosquito is usually found in Nepal, the Maldives or other South Asian countries. The good news is that it’s a carrier of all the deadly diseases a mosquito can carry except malaria.

I have read that there are reportedly over 3,500 different species of mosquitoes in the world. It is amazing how this particular type made its way to America, probably on a cargo ship, but I am more amazed that someone spotted it among the gazillions that fly around our country. I wonder how the conversation went among the mosquito-watchers.

Chris: “Keep looking; you will see it.”

Brian: “Pray tell, is that what I think it is?”

Chris: “Yep, we got a visitor from South Asia!”

I want you to know that in this article, I changed the names to protect the innocent. And it’s still in the realm of possibility that my wife found a dead bug with its antennae still moving. I stopped counting after our first day of marriage, but she has been right as many times as I have been wrong. I haven’t picked up the dead bug yet, but I will as soon as the coroner pronounces it officially dead.

In situations like this, I’ve learned it’s best not to respond with, “Say what?”

I live in the part of America known as Tornado Alley. I have seen my share of these giant twisters, some of them up close. The weather during tornado season is very violent; at any moment, you think Jesus might pop out of one of those clouds.  The sky grows dark, the wind swirls, the lighting streaks across the sky, and then comes the thunder that makes your windows rock. If a sound like a train follows all of that, you have a tornado.

Our youngest grandson, 3-year-old River the Peacemaker, was intrigued by our most recent storm. He stood looking out the door when his mom asked him, “River, did you see that lightning?”

I was tempted to respond, “Say what?” but I knew I couldn’t. People have seen flying cars, cows and buildings in the midst of one of these storms, and it’s possible someone might see a tomato too.

The Bible is full of these kinds of reports. There is one that says people saw a dead man walking. “Say what?” If you believe that, the next thing you read is that a little boy and a girl were raised from the dead. “Say what?”

You will also learn the stories of people walking on water and food miraculously being multiplied. “Say what?”

Then you might hear rumors of the lame walking, the blind seeing and people with lifelong ailments suddenly healed. “Say what?”

One day, you might even read of a dyslexic boy who became a writer. “Say what?”

But it might be better to ask, “Say who?” For that question, the answer will always be “Jesus.”

Photo by Natalie Birdy on Pexels.com