Rite of passage: Preparing a place 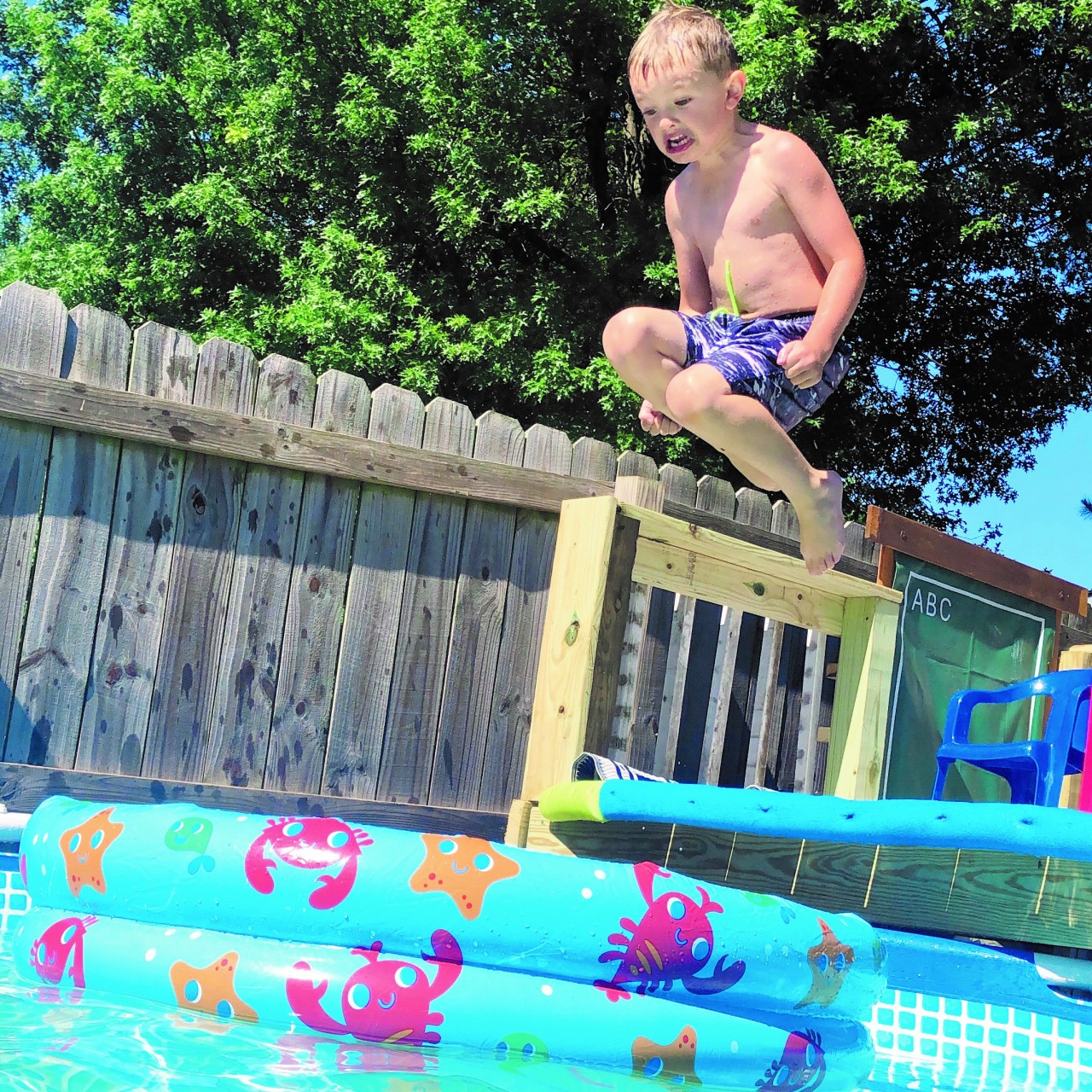 Three years ago, my wife and I bought a swing set. It was a small, inexpensive one.  We realized we needed something for our grandsons to play on when they came to visit. Up to this point, we only had small, inside toys, but Titus the Honorable was 3 and wanted to go outside to play.

I purchased one of those swing sets that comes in a box with a gazillion bolts and instructions drawn by a first grader. After eight hours of frustration, we ended up with two swings, a slide and little sandbox.

I noticed by the end of last summer that our grandsons (Cohen the Goodhearted was now old enough to participate) had outgrown the small swing set; it needed an upgrade. Unknown to them, I dismantled their swing set and built the new improved Poppy 2.0 version, patent pending.

I extended and raised it, so it had two swings, monkey bars and a climbing wall on one end. I also added an extension from the top that went out over their little pool and created “Mr. Buckethead,” a shower head that pours water into a gallon funnel. When it’s three-fourths full, it dumps the water into the pool or onto whoever is underneath. This has been my least favorite addition, as I’ve been caught off-guard on several occasions when a sudden downpour came my way.

We started this summer with three grandsons: Titus, 6; Cohen, 4; and River Walker 1.33.  With three boys climbing around, the Poppy 2.0 version will no longer suffice. Currently, I have finished the Poppy 3.0 three-boy version swing set, patent pending.

Off the back of the swing set, I have added a deck that surrounds one end of their little 10-foot round swimming pool. It is called the “jumping dock,” and it has room for them to back up, run as fast as they can and leap for all they are worth. It has a tanning deck and blackboard for them to write on. I also relocated the slide to the dock, making it higher and faster.

The boys were out of town while I was building the jumping dock, but I kept texting pictures of the progress. I did it as a teaser; I wanted them to beg their Mom and Dad to bring them to our house.

They got back in on Thursday evening, and on Friday, our doorbell rang. Two little boys ran through the front door, out the back and screamed in delight. It was our first day of warm weather, and the water was still very cold, but their parents gave them permission to try it out.

They ran into the house, and before the door could close, they were running back out in their swimsuits, ready to try the jumping dock. I sat in the glider and watched for the next several hours as they enjoyed their new Poppy 3.0 swing set. Poppy couldn’t have been more pleased.

I wonder if Jesus had similar feelings when He said, “And if I go and prepare a place for you, I will come back and take you to be with Me that you also may be where I am” (John 14:3).

Jesus is preparing a place for those He calls His children. I can’t imagine what it is going to be like. I know we have a few clues. One translation of Revelation 21 describes it as “dazzling,” like nothing we have ever seen. His presence alone will take our breath away.

I only worked for a few days on the jumping dock, but Jesus has been working on His place for 2,000 years. We are speechless to describe the beauty of the earth, which He completed in just six days. I sent pictures to the boys to give them a preview of what was in store for them when they got to Poppy’s house. Jesus also sent us “text” messages, and you can find the text in Revelation 21.

But every blessing is a snapshot of heaven: the birth of a baby, your salvation, an answered prayer—all are just little previews. The sad part is that not everyone will get to experience this beautiful place, but only those who have put their faith and trust in Him. “Yet to all who did receive Him, to those who believed in His name, He gave the right to become children of God” (John 1:12).

It is my prayer that one of these days, my grandsons will take that leap of faith and realize they are sinners in need of a Savior. Instead of leaping off a dock, they will leap into the arms of Jesus and trust Him for their salvation. It is never too late to trust in Him.