Rite of passage parenting: ‘What do you mean?’ 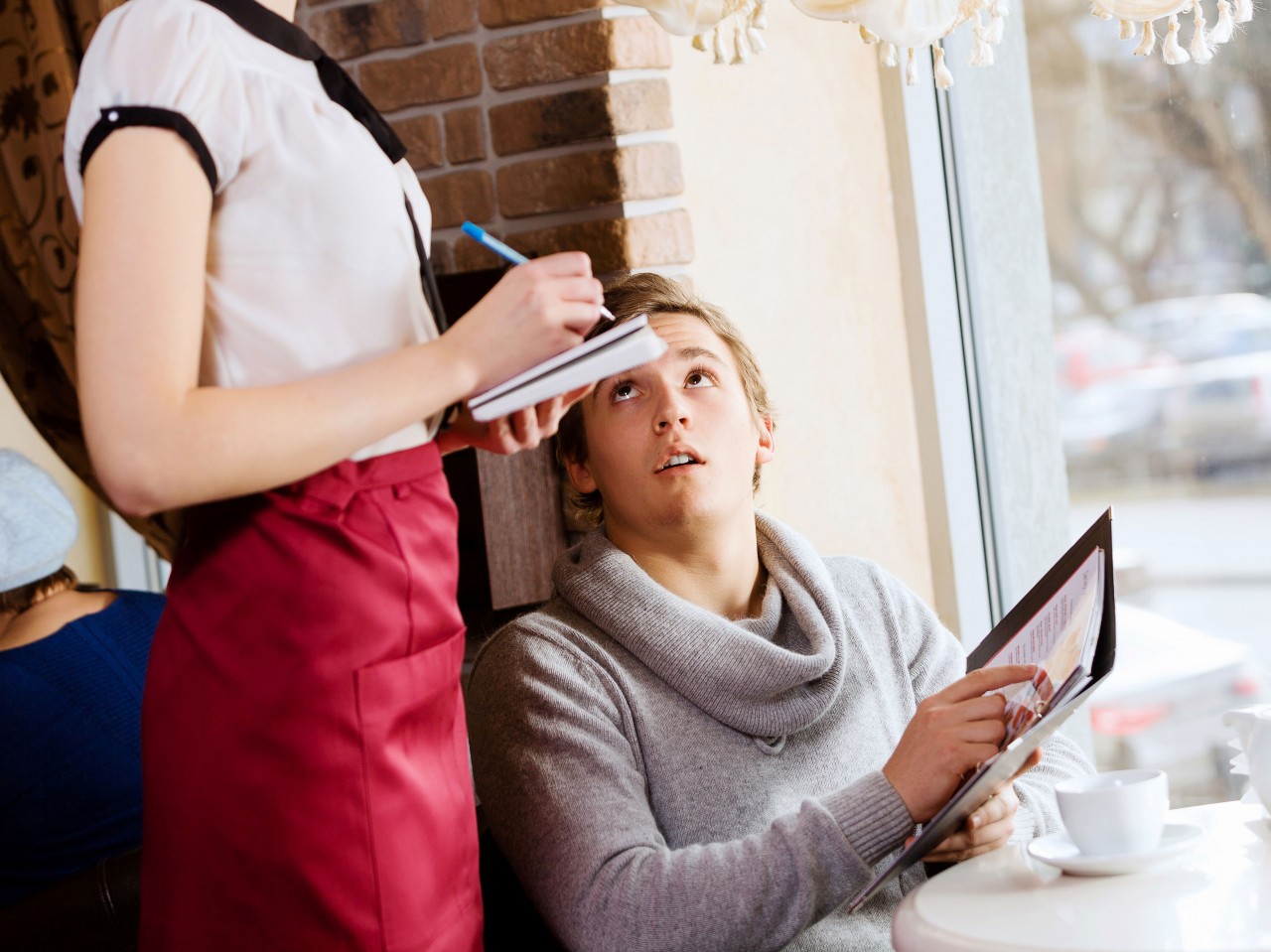 I was sitting in a restaurant the other day when the people at the next table placed an order. After the woman told him what she wanted, the waiter responded politely, “Sorry, ma’am, but we are out of this particular item.”

She stared at him with a look that could have stripped paint off the wall. “WHAT do you mean you are out?”

I guess this simple sentence confused her. I understood every word, and I think everyone else in the restaurant did, too, but she couldn’t get a grip on it. So the waiter politely explained, “Ma’am, we only order so many each day. Today, we had an unusual call for this particular item, and about 10 minutes ago, the last one was taken.” Then he repeated, “Sorry, ma’am, we are out of this particular item.”

I was glad I’m trained in CPR and First Aid. The woman’s neck began to turn as red as a chameleon on a fire truck. Raising her voice, she said, “You can’t be out!”

I didn’t know this woman, but she must have had some kind of psychic ability to know more than the waiter about what was stocked in the kitchen. Again, the young man responded very politely, “I assure you, ma’am, the last one has been taken and we are out.”

I must end the conversation here because I know we have younger readers, but the poor lady kept on going.

I recall asking this same question several times in my life: “What do you mean …?” And I bet you’ve asked it, too, especially if you have children.

I remember the first time I asked it of my oldest son, Jeremiah. He was in junior high and was getting ready for church. He came out in a good-looking dress shirt, crisp pair of slacks and polished dress shoes, but no socks. ”Why aren’t you wearing socks?” I asked.

“I can’t tell you, Dad, you wouldn’t understand.”

I assured him that after working with thousands of children and students, I’d covered about every subject known to mankind. He couldn’t shock me. “So why don’t you give your old dad a chance to hear why you can’t wear socks?”

He looked up at me and said simply, “Socks hurt my feet.”

Of course you know what came out of my mouth: “What do you mean, ‘Socks hurt my feet‘?”

Come to think of it, I’ve been the recipient of this phrase, too. It happened once, years ago, when I went out to start my car. The battery was dead, so I walked back into my office to call my wife, and my secretary looked up, surprised. “My battery’s dead,” I explained.

“What do you mean, your battery’s dead?”

“Duh” wouldn’t have been a polite answer, but I admit I was tempted to say it.

I’ve probably heard “What do you mean . . . ?” more than I’ve used it.  Once, I decided to create an evangelistic event for Vacation Bible School and, in an effort to draw a crowd, make the world’s largest popsicle. I took two 55-gallon drums, filled them with cherry Kool-Aid®, took them to a meat locker and froze them. Then I took the frozen chunks out of the barrels. I wet the top of one and the bottom of the other and refroze them together. I then took a fence post and drove it into the top of the gigantic popsicle. And there I had it: a thing of beauty weighing in at nearly 900 pounds.

I stood for hours, chipping off chunks of the red ice for people to chew on. That night in Texas was scorching hot, and the ice started melting as fast as I could dish it out. A red lake soon began to form in the parking lot. Shoe soles took on a slight reddish tint, and you could feel the stickiness with every step. But God showed up, and many came to Christ.

I spent the next day hosing off the Kool-Aid-encrusted parking lot so people wouldn’t get stuck on Sunday. I was so excited by the turnout that I proposed, “Next year, we’ll make an even bigger popsicle!”

What if Jesus comes back to check on how well we’ve obeyed His Great Commission to go unto all the world, and we tell him we haven’t gone? I wonder if He’ll say, “What do you mean …?”