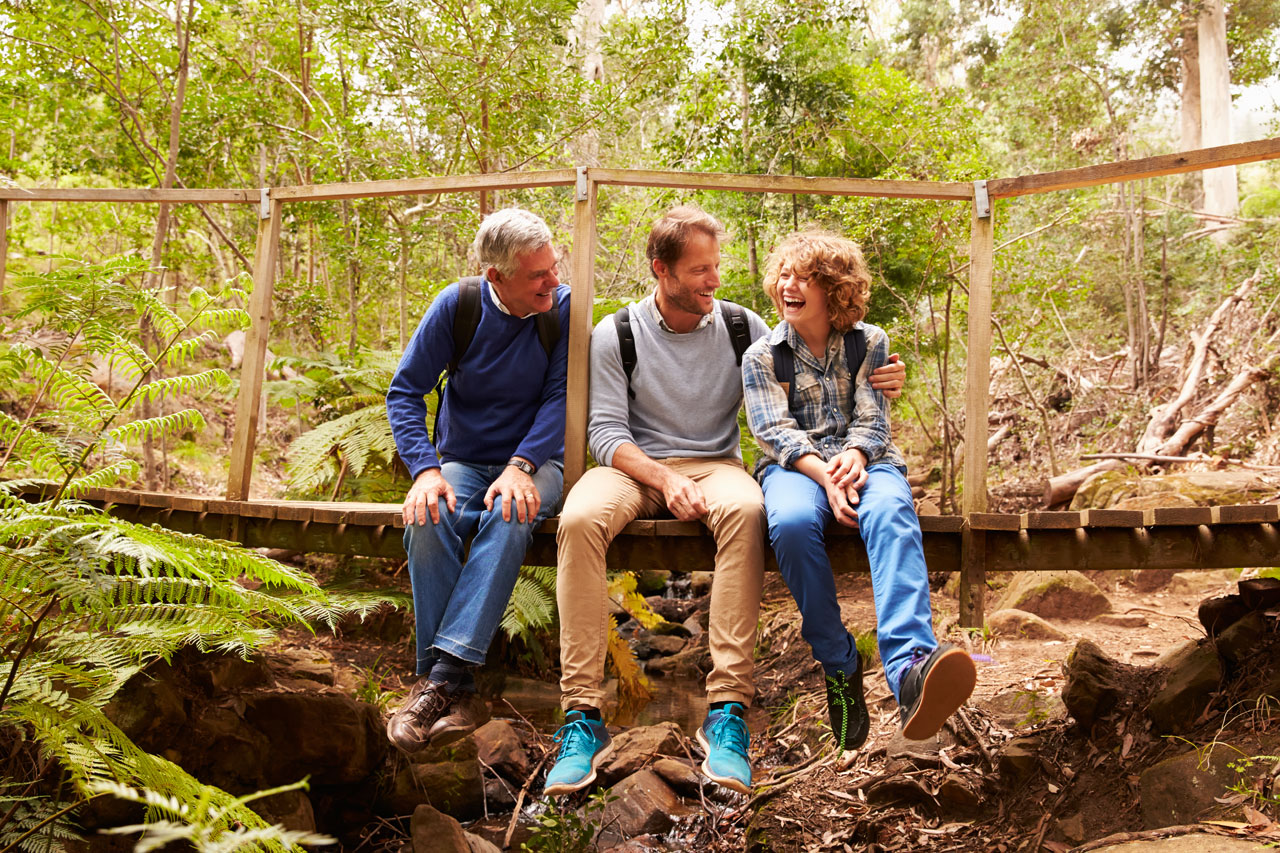 While spending an unexpected night at the bottom of the Grand Canyon with my oldest son, I had a lot of time to think. I used this time to reflect on what I would do differently if I could start the parenting journey all over again. I know we can’t live in the past, but there isn’t much else to think about when you’re lying on the ground looking up at the stars.

One of the realizations that came to me was that I should have changed my parenting style as my sons grew older. I used the same style when they were teenagers as when they were children, but there’s a big difference between the needs of both age groups. As the father of children, I had to protect them from the world. As the father of teenagers, I had to protect them from themselves.

When my boys were small, my main job was to hold their hands in public so they wouldn’t wander off, and to childproof our house so they wouldn’t stick a fork into an electrical outlet. Protecting their young lives was easy, but when they became teenagers, my task became more challenging. All of a sudden, they had access to the Internet, phones, cars and other people. They made choices without consulting my wife and me. Sometimes, those choices led to devastating consequences, and all we could do was stand by and pray. But there is no such thing as a professional parent. When it comes to raising our children, we’re all amateurs.

But do you know what I’ve discovered? There are professional parents around. We call them grandparents. That’s why children need to be surrounded by both parents and grandparents. Now that I’ve crossed into the grandparent realm, I want to share with you two ways I could have improved my parenting when my boys were teenagers:

1. Listen more, react less: The older my children got, the more reactive I became. I don’t know how many times I reacted when they told me something. “What do you mean, you want to stay out all night?,” “Over my dead body” or the all-time classic, “As long as you live under my roof, you’ll do what I say.” No child will risk sharing their heart with a reactive parent because of the fear of condemnation. Reacting closes down all communication and dialogue.

I wish I could go back and erase the lines I drew in my conversations with my teenage sons. If I had been a better listener and walked alongside them in their thinking, I could have guided them more. I would have used more questions to explore the reasons behind their decisions sooner, but without a judgmental spirit. The more reactive you are as a parent, the more rebellious and distant your children will become. These days, I’ve become a much better listener, and do you know what? My sons want to talk to me now.

2. More individual time, less family time: When my boys were growing up, I thought “family” was so important that we did almost everything as a group. My sons and I used to call ourselves “The Moore Boys” while carrying out these pursuits. There is nothing wrong with group activities, but each child has a greater need to be recognized as an individual. And a group mentality does not foster individual relationships.

If I had only tweaked my parenting skills to include those two components, I would have been a more effective parent. But thanks to the grace of God and an incredible wife, my boys turned out well, with only a few scars from Dad’s parenting style. Now that my sons are grown men, I have put those two ideas into practice. It is never too late.

I am using this season of life to be more intentional with my grandson than I was with my sons. My younger son will walk by while I’m rolling on the floor with my grandson, look at my wife and ask, “Who is that man, and what did he do with our real dad?”

Son, all I can say is that this is your dad. He’s just getting real.