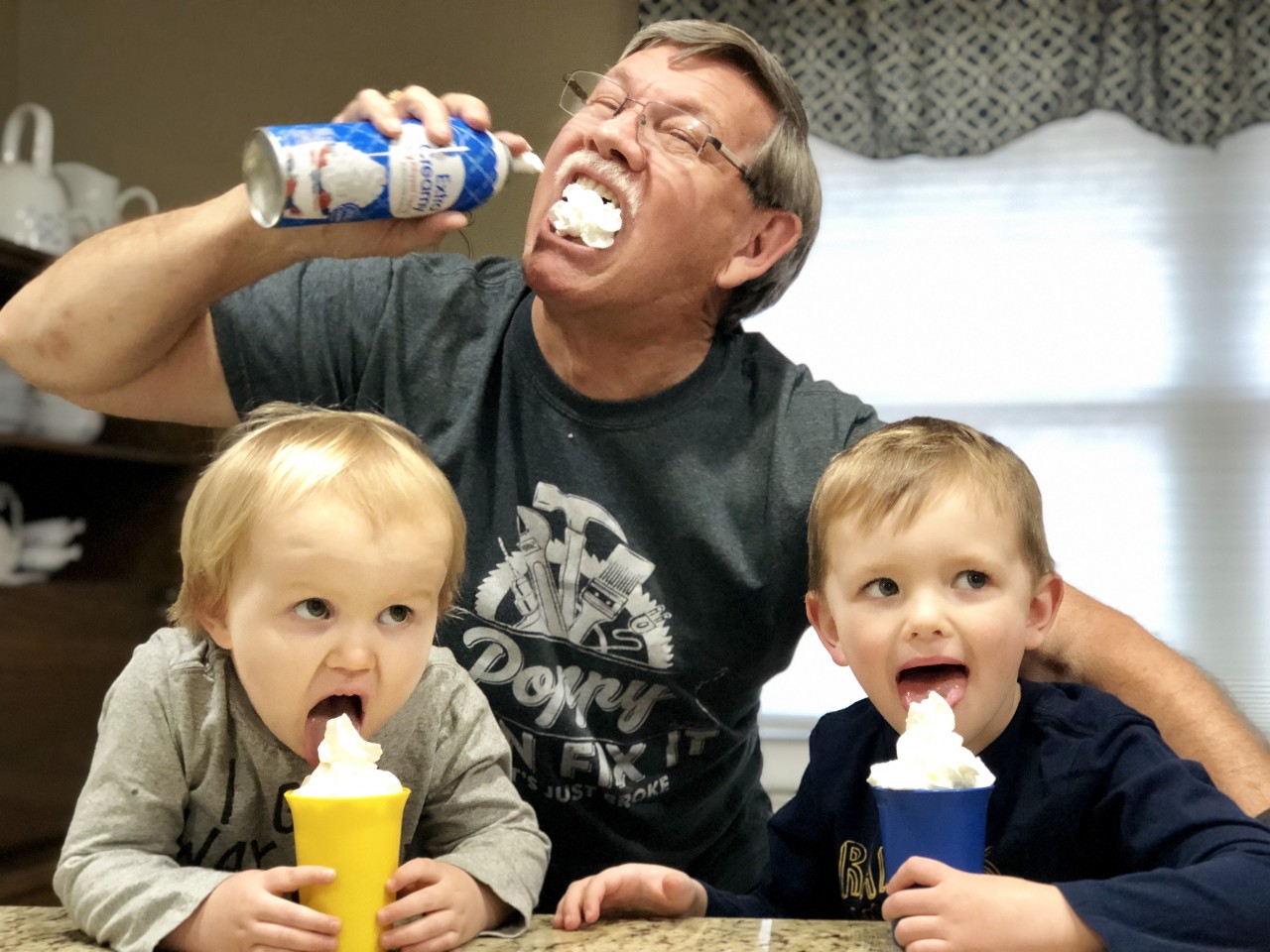 I never had to have a whipped cream monitor before. But since my grandsons have come into my life, I have been assigned one: my wife. 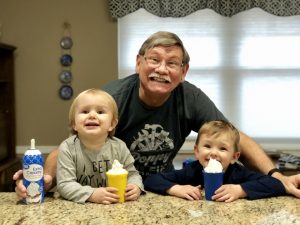 Cohen the Goodhearted (left) and Titus the Honorable (right)

A whipped cream monitor has only two lines, “Whoaaa, that’s way too much” and “You can catch germs.” My grandsons like hot chocolate; well, they don’t like it too much, but I do. To get them to sit down and drink it with me, I put a little bit of hot chocolate into their cups, and then I take a can of whipped cream, shake it for all its worth, point the tip down, press the spout and listen to the magical “kuccccccch” sound.
When you put a Poppy, two grandsons and a can of whipped cream together, you have the holy trinity of entertainment. And why is whipped cream so incredible? The higher the pile, the greater the gleam in my grandsons’ eyes. Of course, as their grandfather, it is my job to call out the gleam in those little boys’ eyes. We get all this entertainment for less than $2 (Side note: I have been forbidden from buying the larger sized can of whipped cream).
However, the gleam comes with a downside: You have to contend with the whipped cream monitor. Everything goes well until the first “kuccccccch” sound reverberates its way through the house. It’s like the mating call of an animal in the wild; somewhere, ears perk up trying to determine the direction from which the sound has come. After detecting the source of the sound, the whipped cream monitor runs toward it, yelling, “Whoaa, that’s way too much.”
You see, the whipped cream monitor is equipped with supernatural hearing and can tell by how long the “kuccccccch” sound has been going on the amount of whipped cream being dispensed. She doesn’t even have to be in the room before she yells about it being too much.
In Poppy’s, Titus the Honorable’s and Cohen the Goodhearted’s world, there is no such things as “too much.” The more the merrier!
Now, if you know the history of whipped cream on hot chocolate, its original intent was to fill the gap between the liquid and the rim of the cup, with a minimum of one inch of cream, ending in a Dairy Queen type swirl. Since I am an overachiever, I prefer the German measurement of four fingers above the rim. Our local whipped cream monitor, who is of Norwegian descent and disputes the German measurement methods, never hesitates to tell us, “That’s way too much!” The more she complains, the bigger the boys’ eyes get, because there is nothing better than contraband whipped cream.
Now we have a tradition among the Moore boys. After the cups have been topped off with whipped cream, at least one more squirt goes into our mouths. We buy the extra creamy whipped cream because it is universally known that cream rises to the top, and in a can of whipped cream turned upside down, the final squirt is the creamiest. 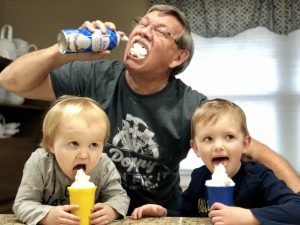 Cohen the Goodhearted (left) and Titus the Honorable (right)

However, the action of squirting the whipped cream into the mouth is what bothers the whipped creamed monitor the most. This is where all germs are transferred from one human being to another. It isn’t through sneezing, coughing, touching your nose or kissing. According to the Norwegian whipped cream monitor, the No. 1 way germs are passed from one human to another is through the nozzle of a whipped cream can.
As the boys and I sit there licking the whipped cream moustaches off the top of our lips, we have a sense of satisfaction. We know that once again, we have overcome the whipped cream monitor, and we stand shoulder to shoulder as men.
But maybe whipped cream isn’t the only thing we should monitor when it comes to our children’s lives. As parents and grandparents, we are the ultimate guardians of their young hearts.
A harmed heart is difficult to repair. Guard their hearts from movies, cell phones, music and people who will speak into them what is contrary to the Word and will of God. Surround them with God’s truth. Teach them to put on the full armor of God, so they guard their lives against the attacks of the enemy. When Proverbs speak about “above all,” it talks about protecting the innocence of your children: “Above all else, guard your heart, for everything you do flows from it” (Prov. 4:23).
I have been a little down this week with a cold. I just want you to know, I have received no sympathy from the whipped cream monitor. However, I have heard another of her famous lines, “I told you so!”
And once again, I repeat a line I’ve become famous for: “Grammy, you were right.”