Rite of passage: ‘My Daddy’ 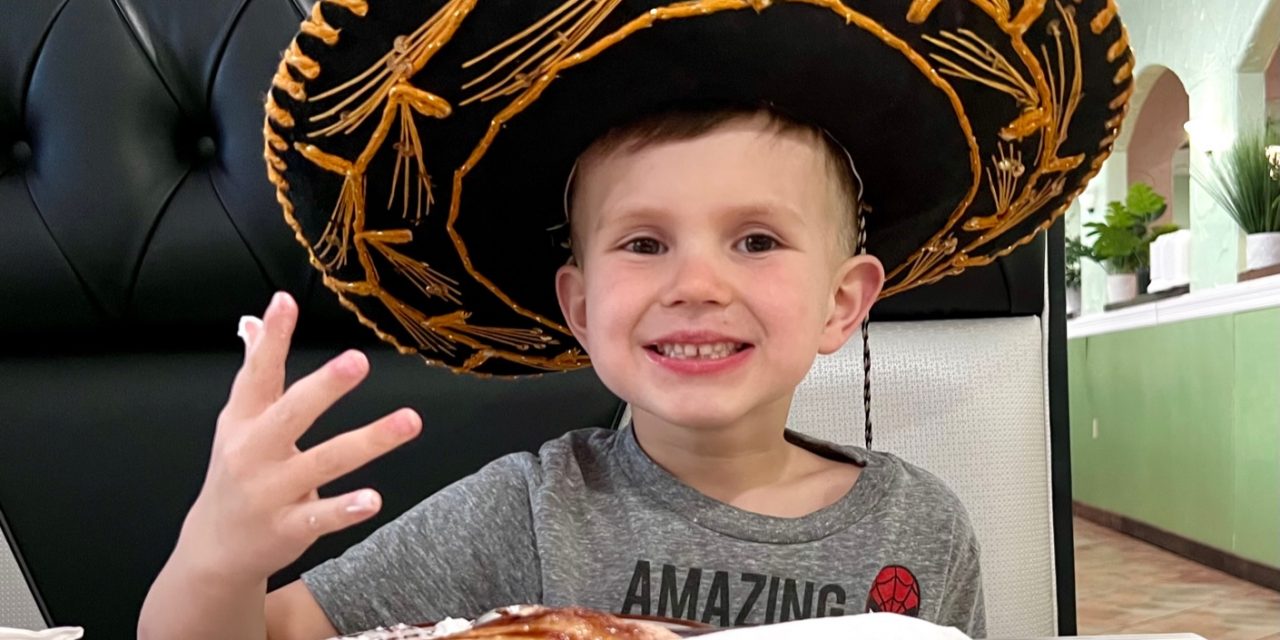 Above: Cohen enjoying his birthday meal.

This month, Cohen the Goodhearted turned 6. Each year his heart and desire to help others has grown. He is stepping into his name.

I have been to all his birthdays, but this year I had to go out of town to speak at a conference. He was going to have an indoor swimming party with all his little friends, but I told him I couldn’t be there. I saw the sadness in his eyes, but he understood and said it was ok. 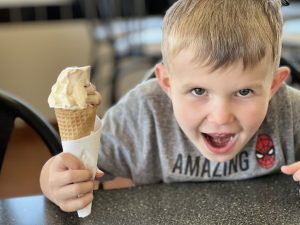 To make it up to him, I asked his parents if I could surprise him by taking him out of school an hour early a couple of days before his party. I would never have done this with my own children, but I was having lunch with John MacArthur one day, and he shared with me that on occasion he would take his children out of school to travel with him. When I questioned him about this, he said, “I never let school get in the way of my children’s education.”

Cohen is in kindergarten. He loves words and writing, and I am praying that soon, he will take over this column. For his birthday, his Grammy and I gave him writing tablets and colored pens. 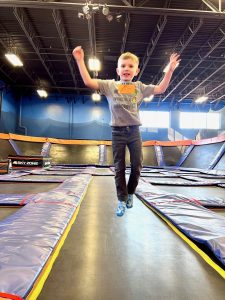 Cohen showing off his skills.

Cohen is always teaching me what he is learning about words. At this point, he knows more about words than I do. He was teaching me the other day about the “bossy r.” I had no clue what he was talking about, but he explained to me that when a vowel is next to an “r,” the “r” controls how the vowel sounds. When it’s bossy, it won’t let the vowel make a sound, or it may tell the vowel what sound to make.

“What is a consonant?” I asked next.

He looked at me as if I were the dumbest person ever to walk this earth. “Poppy, if it isn’t a vowel, then it’s a consonant!”

His mom had sent approval to the school that I could pick him up an hour early on Thursday for his birthday. The front desk made the announcement for Cohen Moore to come to the office with his backpack to leave for the day. He came down the hallway, turned the corner, seeing me, he yelled, “Poppy!” as he came running into my arms, but he looked confused about what might be happening.

“Today is Cohen’s Special Day,” I told him. “You and I are going to spend the day together celebrating your birthday, and you get to choose what we do.”

As he buckled up in the back seat, I asked what he wanted to do. First came Braum’s Ice Cream. He loves the twist cone that is half chocolate and half vanilla.

As we finished, I asked, “Where to next?” He wanted to go to Sky Zone Trampoline Park. At my age, I can still jump on a trampoline, but I have had to cut out the forward flips. Cohen spent an hour showing me all his new and made-up jumps, such as the “sidewinder twister with a split.” I have no idea where he gets some of these names, but he does one of the best I have ever seen.

Next, I told him I had $10 and wanted him to pick out his own birthday present. He instructed me to head to Five Below, where most of the items are $5 and under. As we were driving, I told him to begin thinking about a place to get dinner. He told me that he wanted to eat at a certain Mexican restaurant in Catoosa, which is on the way back to his home.

“I have a special recipe,” he said. “You take one part salsa and mix it with a spoonful of white cheese, and it makes the best dip you ever tasted, Poppy.”

As we’re driving to pick up his Grammy, I asked him, “Cohen, if you could pick only one person in the whole world to come and eat dinner with you tonight, who would that person be?”

I could see his little brain churning as he went through the mental list of school friends and family. Then he said with a small voice, “My daddy.”

Cohen, I am with you. You see, I have a heavenly Father. And one day, I will eat with Him at His table.

“He brought me to the banqueting house, and His banner over me was love” (Song of Solomon 2:4).