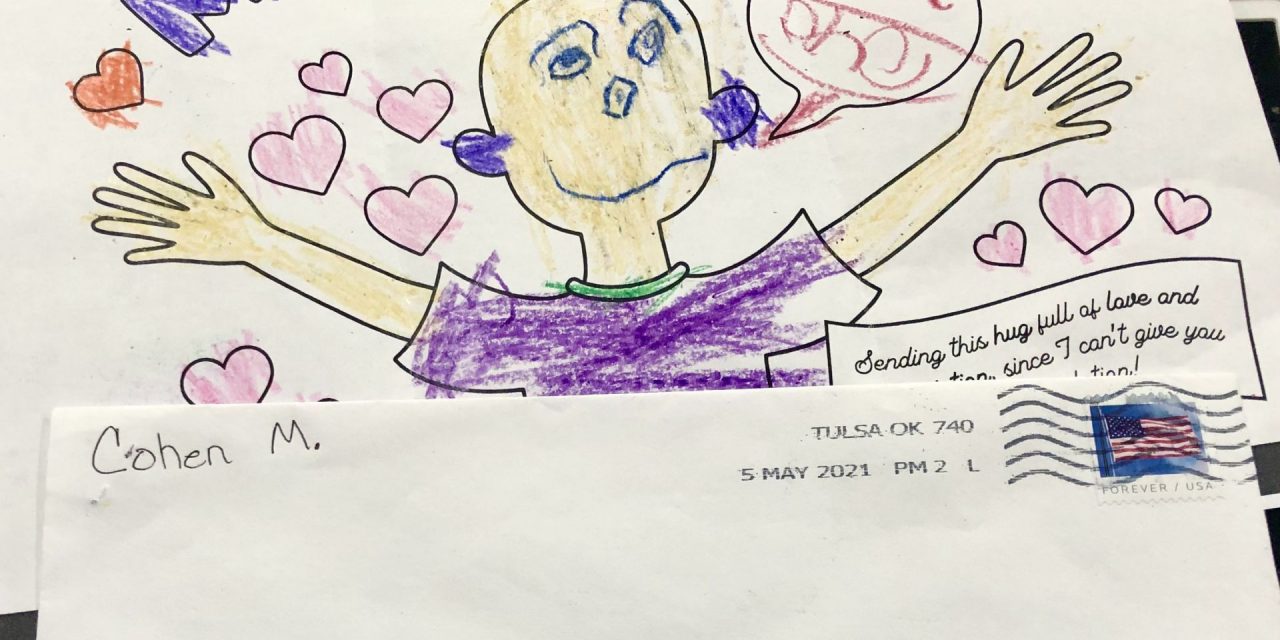 I grew up in the generation that wrote letters. We didn’t have email, texting, Facebook or Twitter. We did have a telephone. My parents were a little more modern than my grandparents, who still had a hand-cranked phone on the wall. But phone calls were expensive, especially long distance, so our family communicated mostly by mail.

In today’s context, that seems so strange, but mail was an incredible form of communication. Writing a letter took time, thought and effort; you didn’t type it out and hit “send” within a few seconds. Instead, you wrote it out and reread it, making sure you were expressing your thoughts and feelings correctly.

When one of these letters arrived at your house, the family would often gather to hear what the sender had to say. In some ways, it was a time of entertainment. We discovered that Grandma had two new calves; she named them Jack and Jill. We would laugh, knowing she had a name for every calf on the farm.  And Grandpa was feeding the cows when he slipped on you-know-what and fell into a big pile of it. Did he ever stink to high heaven when he came to the house!

Of course, this made us laugh even harder. The letter would go on for another four pages, bringing us up to date on who was sick, who was expecting a baby and, of course, the weather report—and how the arthritis in her hand told her it was going to be a dry summer.

The letter would end with how much we missed and loved each other. The emotion with which it was written would not be uploaded to some cloud but downloaded into our hearts. Then the letter would be left on the table, so it could be read and reread multiple times.

My love for letters grew deeper when I went to basic training. Each day we had mail call. All the soldiers would fall out in front of our barracks, and then the company clerk would reach into a mail sack. Pulling out the letters one by one, he would yell out the last name: “Smith!”

“Here!” would be the answer as the young man stepped up with a grin; he had gotten mail. When you didn’t get mail, it was a sad and lonely day. Whenever we had a moment of free time, we saw our fellow soldiers pulling out one of their letters to read for the umpteenth time. I have a deep connection to letters and have saved many of them.

I received a letter today. It has been a long time since I had a handwritten one. I recognized the scribbling on the front: “Poppy Moore,” it read. Now, there are only three people in the world who call me “Poppy,” and out of those three, only two can write their name and my name. I looked in the return address section, and I saw someone else had written the name of the sender, “Cohen M.” Since he is in preschool, if he had written his name, it would have taken up both the front and the back of the envelope. But scrawled across the front was my name.

I opened the envelope and saw that Cohen had colored a picture. It was a little boy with his arms wide open, surrounded by hearts. Written across the top was “MAIL-A-HUG.” Once again, the emotions, thoughts and efforts to color the picture and write my name touched this crotchety old man’s heart. I received the love from a little boy named Cohen the Goodhearted.

Thank you for coloring and writing me a letter. I could tell you put a lot of thought into it as you let your heart guide the crayons across the page. There is nothing better than getting a letter from someone you love so deeply. I have it sitting on my table next to my chair, and I have already looked at it many times. I am going to save this letter; it’s the first one you have sent me, and I hope it’s not the last.

I have several letters sitting on my desk. The letters to the Corinthians are two great letters written by the apostle Paul to the church at Corinth. And the letter to the Ephesians is another great read. You see, Cohen, the Bible is a love letter from God to us. It is be read daily and downloaded into our hearts.

I just sent you a letter this morning. Hope you enjoy it!