Rite of passage: I called him ‘Brother Harry’ 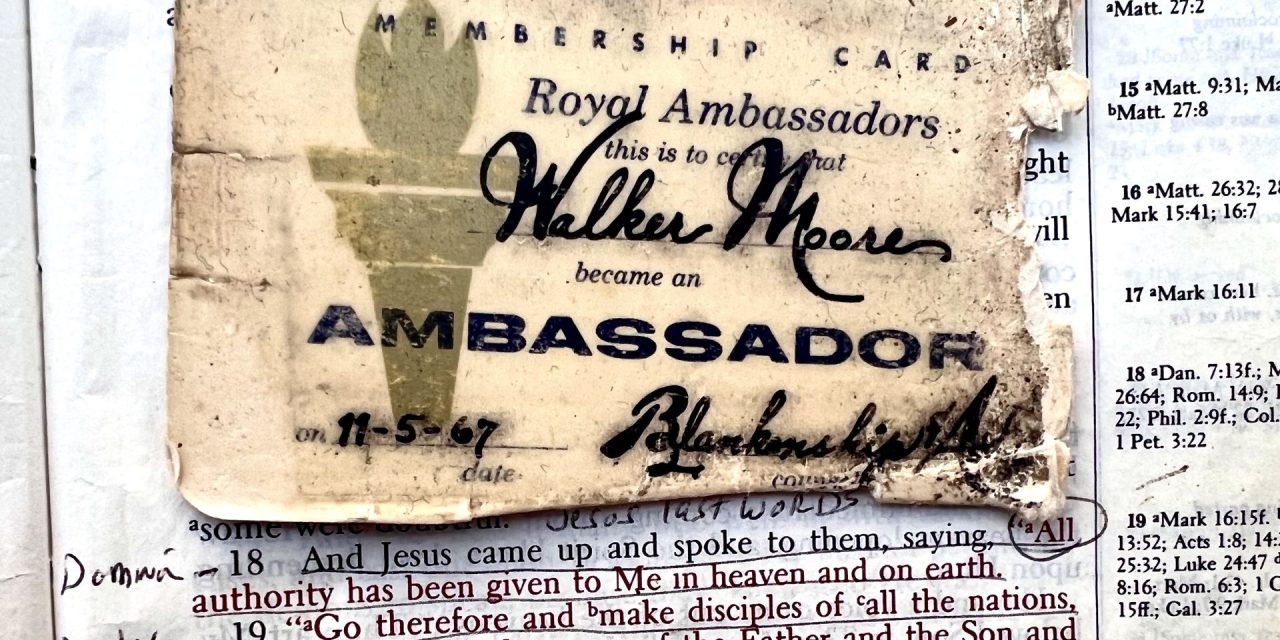 Every Saturday morning, I met with other boys my age, gathered in a dark damp basement at Chillicothe Mo., Calvary. I went for two reasons. I belonged to a group called Royal Ambassadors, a Southern Baptist Missions organization that helps boys become godly missions-minded men. The second reason was, after the program was over, our leader Brother Harry gave us a dime to get anything we wanted at the Dairy Queen adjacent to our church. 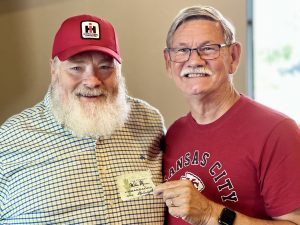 I had begun the Royal Ambassadors program in a previous church outside of Kansas City, Mo. It also met in a dark, damp basement. I am not sure what it is with Baptists and their dark, damp basements and all of the boys’ activities being held in these caves.

I was in elementary school when I started. At my first meeting, the group voted me to take minutes of the meeting. I was so excited that I went home and told my parents that they needed to buy me a watch.

They laughed and explained to me I was voted to record in writing what we did in our meeting. If I had known what they were asking me to do I would have turned the job down.

Brother Harry was a man with a sweet spirit, gentle voice, and he talked a lot about Jesus. He was the pastor of the church. After working all week visiting the sick, witnessing to the lost, he taught on Wednesday evening and preached twice on Sunday. Yet, he still thought it was important to teach us boys on Saturday morning.

I had turned 15, and the last step in the Royal Ambassadors program was to get your “Ambassador Pin.”  To earn that pin you served the church for 125 hours, memorized Scriptures and completed a vigil.

Brother Harry found enough work for me to complete my 125 hours. I memorized the Scriptures, and when it came to the “The Vigil,” I would spend three hours alone in a room with a series of questions about my life.

I had to reflect on what I wanted to do and who I wanted to serve. For a 15-year-old to spend this much time alone in prayer, Scripture reading and reflecting on one’s life—and then to exit the room to report to leaders—was a huge undertaking.

Three hours seemed like 20 hours, but I worked through the assignment, reading the Scriptures, praying, talking to God, more reading, more praying and writing out what God was saying to me. It was an overwhelmingly deep spiritual experience.

As I came out of the room, I reported to a group of men, Brother Harry, Brother Blankenship and Brother Ashford. I shared with them my answers and how God was speaking to me. I was told that I had passed the test, and they commissioned me to be an Ambassador for Christ. They handed me a small card that stated “This is to certify that Walker Moore became an AMBASSADOR, 11-5-1967.”

Brother Harry has gone home to be with the Lord, leaving behind his son Mark. I had to babysit Mark once when he was a squirrely kid. But today, Mark Clifton is the senior director of replanting and rural strategy for the North American Mission Board. He does a tremendous job of turning declining churches into growing lighthouses for the Kingdom.

I had not seen Mark in years, but I was near his home recently, and we met for lunch. I told him how his dad had impacted my life, how he had commissioned me, sent me out to be an Ambassador for Christ. Because he commissioned me, I have orchestrated the telling of the Gospel in 53 Countries, trained and commissioned 13,000 people over the last 50 years to be Ambassadors for Christ.

Before we finished lunch, I pulled out my tattered “commissioning card” and ask if I could take a picture of him with the card.

You might not ever hear of Brother Harry Clifton, but he has impacted the world through the lives he has touched. As I sat across the table listening to Mark talk, it was like I was hearing his dad again.

God bless pastors who tell their congregations that they have been empowered by the Holy Spirit, equipped with the Word of God and commissioned to go into the world.