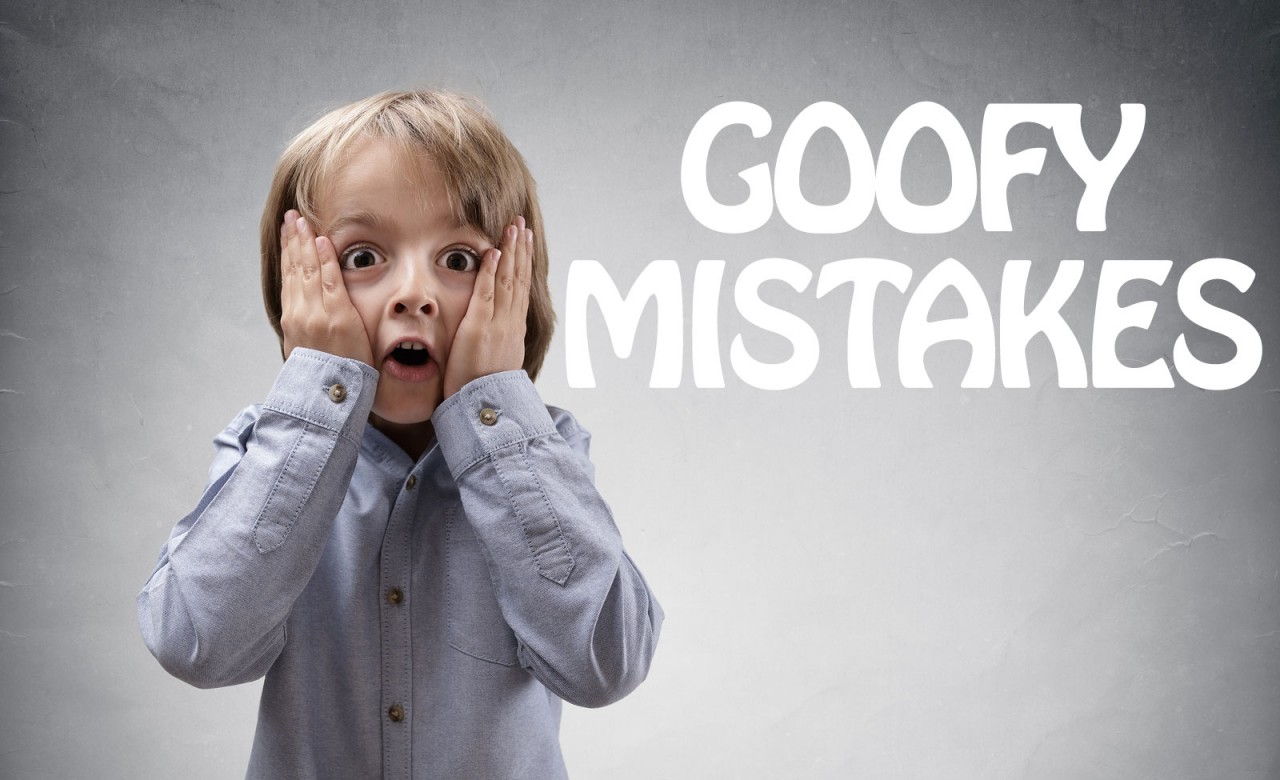 If I had to choose the Disney character that best represented me, Goofy would suit me fine. He’s good-natured, doesn’t take anything too seriously, make jokes, is slightly clumsy and says “Yuk, yuk” when he gets tickled. He may not be the sharpest crayon in the box, but his heart is bigger than all outdoors. Everybody loves Goofy.

I was picking up students from the airport the other day when Melanie, one of our summer staffers, asked what I’d learned after 40 years of working with students. I thought for a second and said, “There’s a little bit of Goofy in all of us.”

You see, every one of us makes Goofy mistakes. I don’t care how careful, smart or sophisticated you are. Sooner or later, you’ll make one. One summer, I was living in Budapest, where they speak Hungarian, one of the most difficult languages in the world. I had run out of hairspray and went to the drugstore to buy another can.

This was the best hairspray I’d ever seen. Even if a hurricane-strength wind blew, it would keep my hair in place.

I bragged to the Hungarians about their wonderful product. And that’s when I found out it wasn’t hairspray, but deodorant. Hey, at least my head didn’t sweat. Remember? We all make Goofy mistakes.

We’ve all asked a Goofy question, too. I could make a list as long as my arm of the Goofy questions I’ve heard while taking students around the world. “What country is France in?” asked one. Another asked me in Africa, “Are we looking at the other side of the moon?”

I’ve also heard “Why are there so many foreigners in this country?” Umm, we’re actually the foreigners here.

“Do we need our bathing suits when we go swimming?” I guess swimming suits are optional in some countries, but yes, we’ll wear ours.

“How many dollars does it take to buy this (fill in the blank)?” Since the store in this country doesn’t take dollars, the answer is “None.”

You can add your own Goofy questions, but at some point in our lives, we’ve all asked at least one.

If you’ve ever served cross-culturally, you’ve had a Goofy international moment, too. When I was in China, I didn’t know cleaning your plate was considered bad manners. All of my life, my parents taught me to clean my plate because “People are starving in China.”

The first few days I was there, I offended everyone. I worked too hard to clean my plate, and they kept giving me more and more food. I should have left a little to indicate that I was full, and they had given me more than enough to eat. Eight pounds later, I learned this lesson.

One of our student missionaries once got the Spanish words for “sin” and “fish” mixed up (they sound almost the same). The Mexican church body was shocked when she gave her testimony. “Jesus died for your fish, too,” she told them. “And if you let Him, He will take your fish as far as the east is from the west and bury it in the deepest sea.”

Sooner or later, everyone will also have a Goofy God-moment. This happened to me just the other day. I was in a college cafeteria and asked the director of the kitchen to come out to meet our students and allow me to pray for him. Yes, it was awkward, but he let me do it. In the middle of my prayer, I felt led to start praying for his four children. I asked God specifically to put a hedge of protection around them, to watch over them.

The man didn’t know why I was praying for his family, but later, he came and thanked me. His four-year-old daughter had fallen into a neighbor’s pool that Saturday, and they found her unresponsive. They called 911 and rushed her to the hospital, but it wasn’t looking good. The doctors had given them very little hope when she suddenly made a miraculous recovery, stunning the medical team.

“The turnaround happened at the exact time you were praying for God to protect my children,” he said.

It felt Goofy when I was praying, but it turned into a Goofy God-moment.

Yes, we all have a Goofy gene. But the good news is God loves the Goofys of the world, and has plans for our lives: “‘For I know the plans I have for you,’ declares the LORD, ‘plans to prosper you and not to harm you, plans to give you hope and a future’” (Jer. 29:11).

And there’s nothing Goofy about that. Or is there?