Rite of passage: Fixed it! 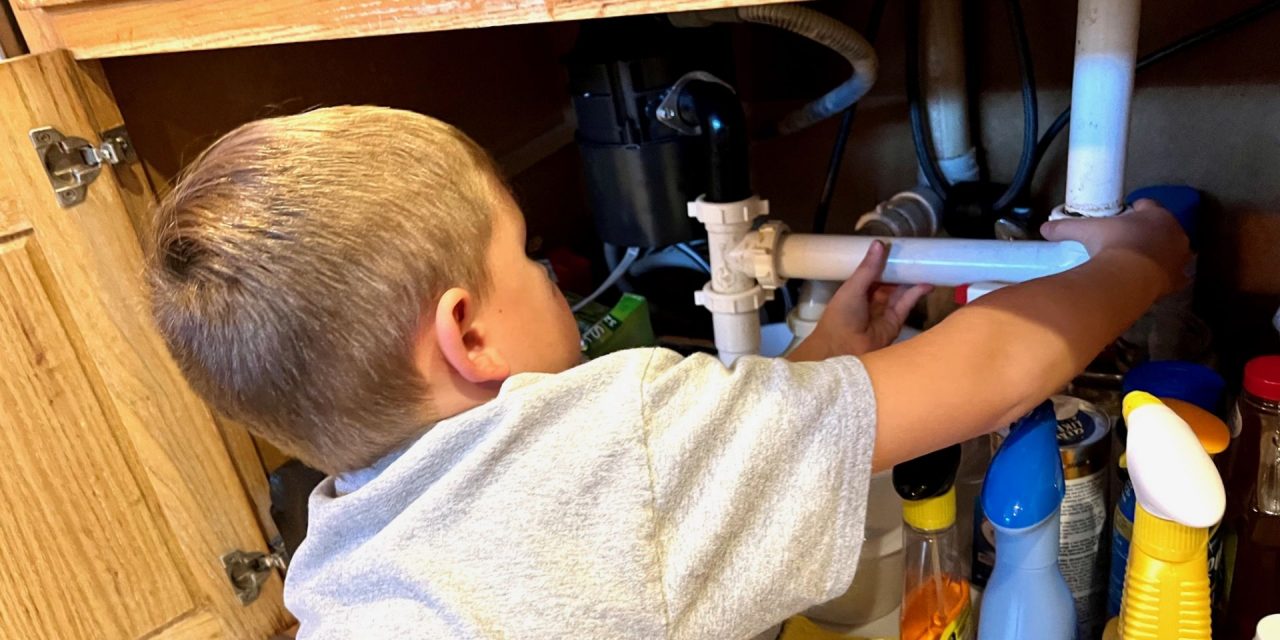 My oldest grandson, Titus the Honorable, is 8 years old. He has been an odd child since birth.

Now, “odd” can be interpreted two ways. It can mean strange, or it can represent a set of numbers. We have even numbers, and we have odd numbers. Neither one is better than the other. I am not sure why we don’t call them even and “uneven” numbers, but “odd” it is.

Titus’ odd is the way of the uneven numbers. Since he was very young, he has loved challenges; he likes figuring things out. 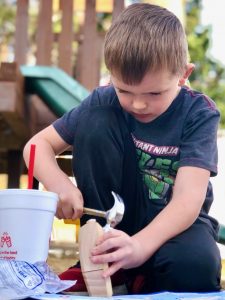 Take our swing set. While most children like to run and swing as high as they can, Titus likes it when I take the chains and intertwine them until they resemble a spider web. Then he will drag a small ladder over and spend the next 30 minutes trying to figure out how to untangle the chains and arrange them back in order.  He then asks me to make it harder so he can go to work on it again.

He also has been handy with tools from a very early age. Last year I was going to take my deck apart, and he got out the drill with the screwdriver bit and went to work backing out all the screws.

A few weeks ago, his family’s garbage disposal went out. As his dad removed it, he watched intently. He got out a screwdriver and removed the cover that hid the electrical wiring and undid the wires. When it came time to put the disposal back in, he asked if he could do it, and he wired up the electrical connection. He needed help to lift it up and twist it into the connector on the bottom of the sink, but he did the rest himself. 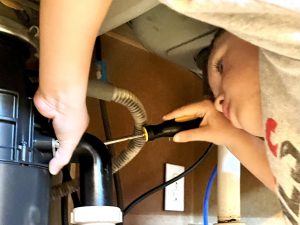 I went to put in one screw and was struggling. Moving my head up and down, trying to find the right slot in my bifocals, I was having some difficulty lining the screw up. I dropped it a couple of times.

“Poppy, let me try,” Titus said. He climbed under the sink and in a matter of seconds, asked me to check to see if it was tight. It was. Nothing makes you feel older than when your 8-year-old grandson is better at hooking up a garbage disposal than you are.

Titus went on to attach the drainpipes, and the disposal was installed. As he was putting away the tools, he told me, “It’s a good day when you can fix something!”

I wonder what Jesus was like as a child. Did He like to solve problems?  Was He handy with a saw and a hammer as He helped His dad do carpentry? While the other boys were making a pair of bookends in shop class, was Jesus building a miniature model of the tabernacle?

Was Jesus a little different than the rest of the children? While they were out playing, would He hang back and dialogue with the learned leaders of His time? I am not sure, and the Bible doesn’t tell us much about that part of his life.

But we do know something about him at 12 years of age. In Luke 2, when His parents finally found Him after searching for three days, they told Him they were worried to death about Him. He informed them that he “had to be about (His) Father’s business” (Luke 2:49b, NKJV).

What was His Father’s business? To reconcile mankind to himself. What was the problem? Sin had come into this world and separated us from God, and Jesus was about His Father’s business to fix it. He knew His purpose very early on; He had come to give life and life abundantly (see John 10:10).

Jesus had come to fix the sin problem once and for all.  Before the cross, all sin had been charged to His account, and from the cross forward, the sin debt has been paid.

Yes, Titus, it is a good day when we can fix something, but there are some things we can’t fix. We can’t save ourselves; we can’t satisfy God through our works or trying to be good. The only thing that could satisfy God was for Jesus to come and live a perfect life and then die on the cross for you and me.

It is a good day when we can fix things. When you get older, I am counting on you to come over to my house to fix things for me.

But I am praying for an even better day for you, and that is the day when you allow Jesus Christ to “fix you.” That will be the best day in your life. I know because it was for me!