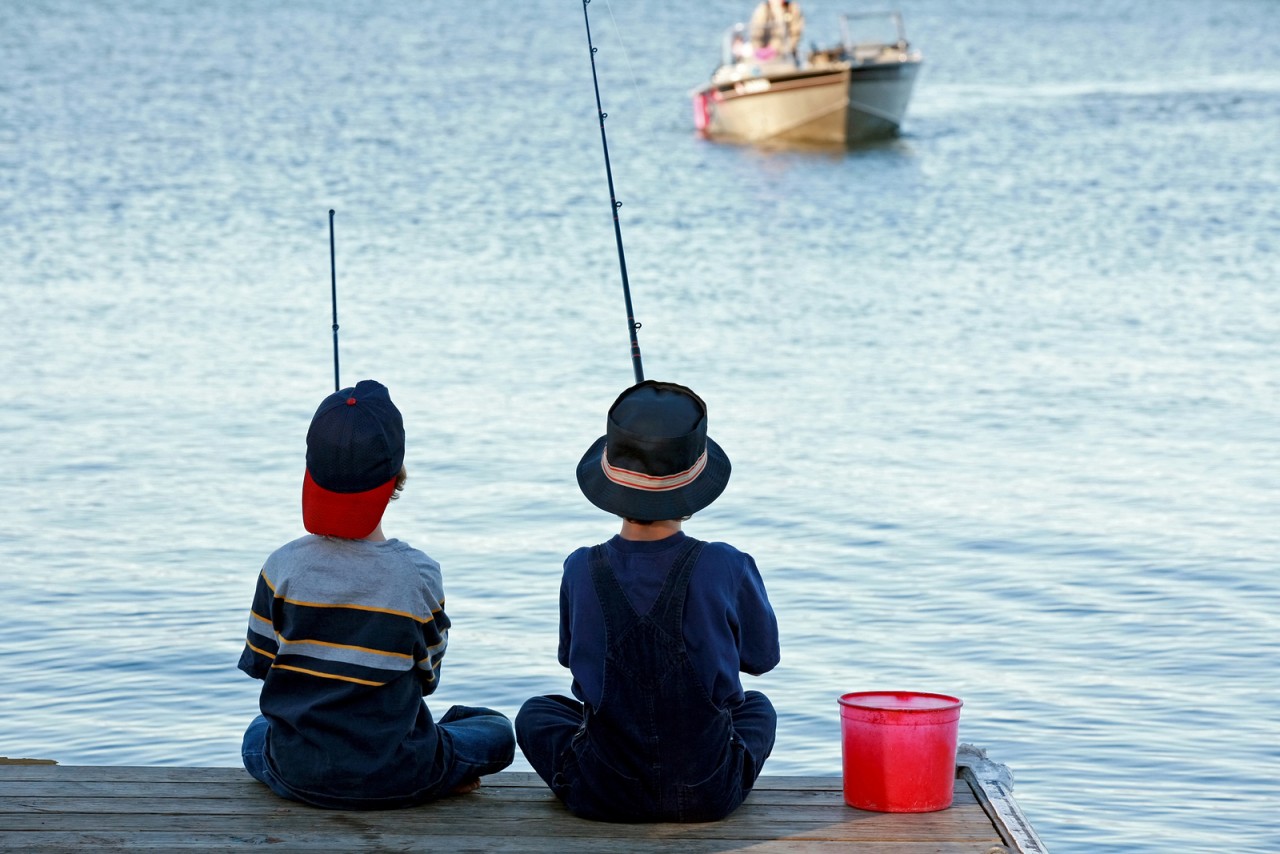 Recently, I got my first fishing license. My dad hunted and fished, but that was for him and his buddies. 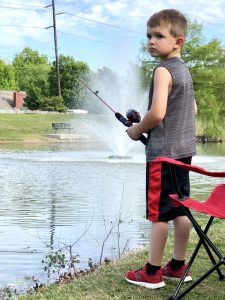 The only fishing I did growing up was on my grandfather’s farm. He had a pond in the back 40 where my brothers and I would take our bamboo poles, hike out to the pond and fish. You could have filmed us for the opening of “The Andy Griffith Show”: four young boys with bamboo poles slung over our shoulders, wearing white T-shirts and blue jeans with cuffs rolled up, walking down a dusty road. We had more fun skipping rocks and teasing snapping turtles than fishing. I have only taken my sons fishing a couple of times, and that was when a friend who lived on the lake asked me to bring them out.

When my oldest son, Jeremiah, was in RAs (a boys’ missions organization), he wanted to participate in a fishing tournament they were sponsoring. He had seen advertised on television a magic liquid that you could squirt on your worm, and the fish would fight over who would get take the bait.  Since I knew extraordinarily little about fishing, I bought him some.

Jeremiah, who is a kindhearted soul, wanted to make sure each boy there had some of his magical elixir, so he went around and squirted it on their worms. When the contest started, each boy, one by one, hauled in a good-sized fish. We got down to the last few minutes of the contest, and every boy had caught a fish except Jeremiah. I felt sad for him and said a prayer asking God to put something on his hook. The next thing I heard was him yelling, “Help me, Daddy, help me!”

I looked over, and Jeremiah was lying flat on the ground, clutching his rod to his chest with both hands as it bent in a “U” shape. I grabbed him and pulled him up the bank, dragging him and whatever he had hooked up onto the shore. On the end of his line was the biggest catfish I had ever seen. That day, Jeremiah won a trophy for catching the largest fish (Thank you, Jesus!). 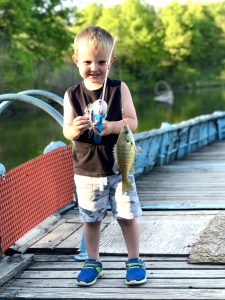 The other day, Titus the Honorable and Cohen the Goodhearted divided up. I took Titus fishing, and Cohen went with his dad and a good friend, Ronnie. They went to the Blue Whale in Catoosa. Ronnie, who prides himself on his fishing skills, laid out some fancy rods on the bank. Cohen the Goodhearted, with his Spiderman rod and reel, put a piece of corndog on his hook. Cohen caught seven fish, and Ronnie, the expert fisherman, caught zero.

But poor Titus got stuck with me. We went to a cement pond at LaFortune Park near our home. I told him I had a tacklebox. But I hadn’t opened it in more than 25 years, and when I did, I discovered it didn’t contain tackle but oil paints. I didn’t have any hooks, lures or anything that would help him out except two umbrella chairs.

I rummaged through our pantry and found some miniature marshmallows. I don’t know why, but somewhere in the back of my mind, I remembered hearing that fish like them. Titus, who is 6 years old, has about four years more experience of fishing than I, so he picked a good spot. I set up our chairs, put a miniature marshmallow on his hook, and we waited, waited and waited. For over an hour, we waited without a single nibble. All we were doing was giving that poor ol’ marshmallow a bath.  Bless Titus’ heart; I knew I should have brought some of that magic liquid you spray on the bait to get the fish to bite. He asked me why I wasn’t fishing; I told him I never had a fishing license, and I could see that he felt sorry for his Poppy.

Well, I am glad to announce that I now have a lifetime fishing license, a rod and a reel. Next week, Amazon will deliver my tackle box—one that doesn’t have oil paints inside

Titus and Cohen, I am looking to the days ahead when we can go fishing together. You can teach me the secrets and show me the ropes on how to catch the big ones. In return, I want to teach you my kind of fishing. You see, your Poppy has spent his entire life fishing. I have fished all around the world, not for fish, but for men. Jesus told us, “Follow Me, and I will make you fishers of men” (Matt. 4:19b, NASB). And it is my prayer that I live long enough to take you to some of my favorite fishing spots … for men.