Rite of Passage: Bicycles and Births 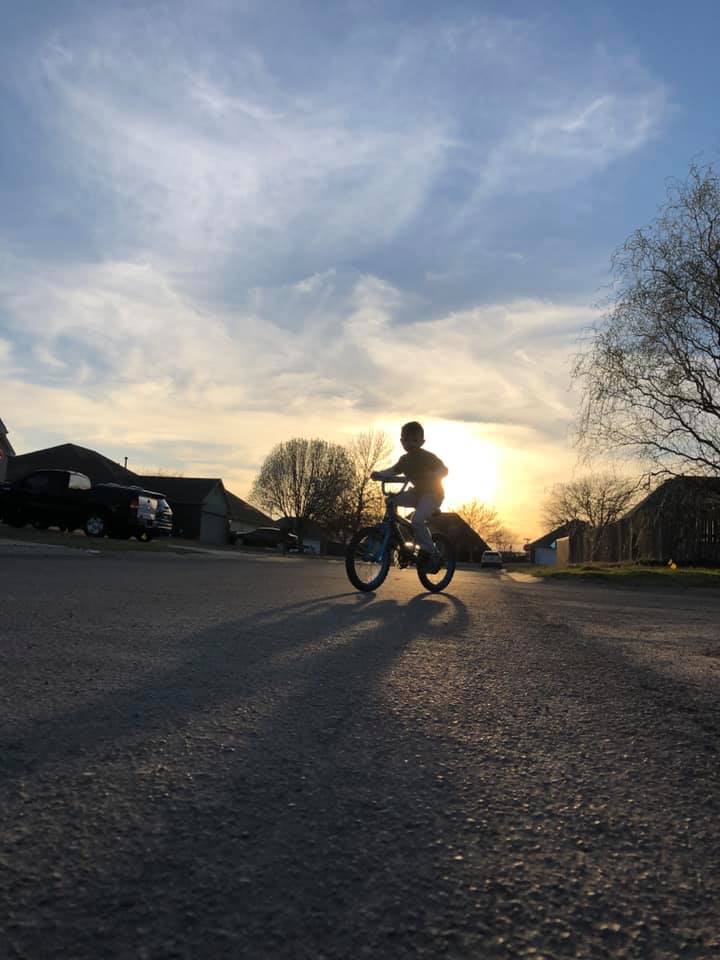 On the day River the Peacemaker entered this world, my wife and I had Titus the Honorable and Cohen the Goodhearted staying with us. The weather was beautiful, so Titus got out his little bicycle and rode around the backyard while Cohen watered Grammy’s flowers.

Before long, Titus came to me, his expression serious. “Poppy, I think it’s time we take the training wheels off this bike.” 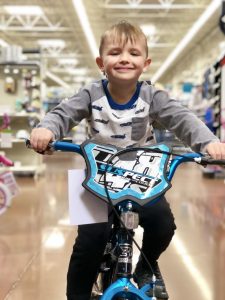 What do you do when a  5 1/2-year-old looks at you eye to eye, eyebrows scrunched like “The Godfather” with a voice to match?

“Are you sure you want to do this?” I asked.

“It’s time,” Titus growled. I only wish I had recorded that Oscar-worthy moment.

I got out my tools and removed the training wheels. Titus remounted his bike while I held onto the back of the seat.

“Ready!” he said as he hunched over, gripping the handlebars. I pushed and he took off—I mean, took off. He pedaled across the backyard and only fell down once or twice. Then he soared away like a bird in flight, laughing as he came zooming by.

That same afternoon, we got the call that River the Peacemaker had been born, and his parents asked if we could bring Titus and Cohen up to meet their new brother. As we walked into the hospital room, Titus ran over to his dad, sharing the good news that he could now ride without training wheels. After meeting River, Titus wanted his dad to come watch his new skill. His dad promised that when they got out of the hospital, he would take him to Walmart to buy a new and bigger bike.

As I drove home, I started thinking that with a new baby, it might be difficult for Titus’ dad to get him a bicycle. Then a memory surfaced. You see, it was my grandfather who bought me my first grownup bike. Granddad was not one who gave random gifts or took you to town to buy anything you wanted. In fact, he was very conservative with his money. But he took me to town and let me pick out my first bicycle. I wanted to do the same for Titus.

I texted his dad to ask if it would be all right if I did this. Instantly, he texted back and said he thought it was a great idea—especially if I was doing the buying.

So Titus and I took off to Walmart. We made our way to the rack that held all types and shapes of bicycles. A nearby chart showed us what size bicycle Titus would need. It said he was tall enough for an 18-inch model, but we soon learned that it is not how tall you are that matters but the distance from your feet to your crotch. By that measurement, Titus needed a 16-inch bike. 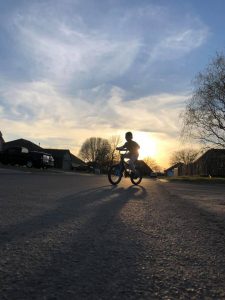 There was no salesperson  around, so I pulled a bike off the rack and had Titus test it out. I laughed as I watched him ride down one aisle and come sailing up another a few seconds later. We found a bike that was the right size and his favorite color: blue. Titus named it “Speedy,” and according to him, it is the fastest bike in the world.

I shopped for a few more items, but Titus never got off the bike. He rode it up and down the aisles of Walmart, through the checkout stand and out the door until we reached the car.

Since that day, I don’t think Titus has stopped riding except when someone makes him. Whenever he has a spare moment, he’s outside riding. If you see a blue streak flash before your eyes, I want you to know it’s most likely Titus the Honorable on Speedy, the world’s fastest bike.

I pray that one day, all three of my grandsons will have yet another birth experience, not a physical but a spiritual one. One day, a famous ruler came to Jesus and said, in so many words, “There’s got to be more to this life.”

Jesus had a ready response: “’Very truly I tell you, no one can enter the kingdom of God unless they are born of water and the Spirit.  Flesh gives birth to flesh, but the Spirit gives birth to spirit’” (John 3:5-6).

Have you had the ultimate birth experience yet? Have you been born again?

Titus the Honorable has two words for you: “It’s time.”