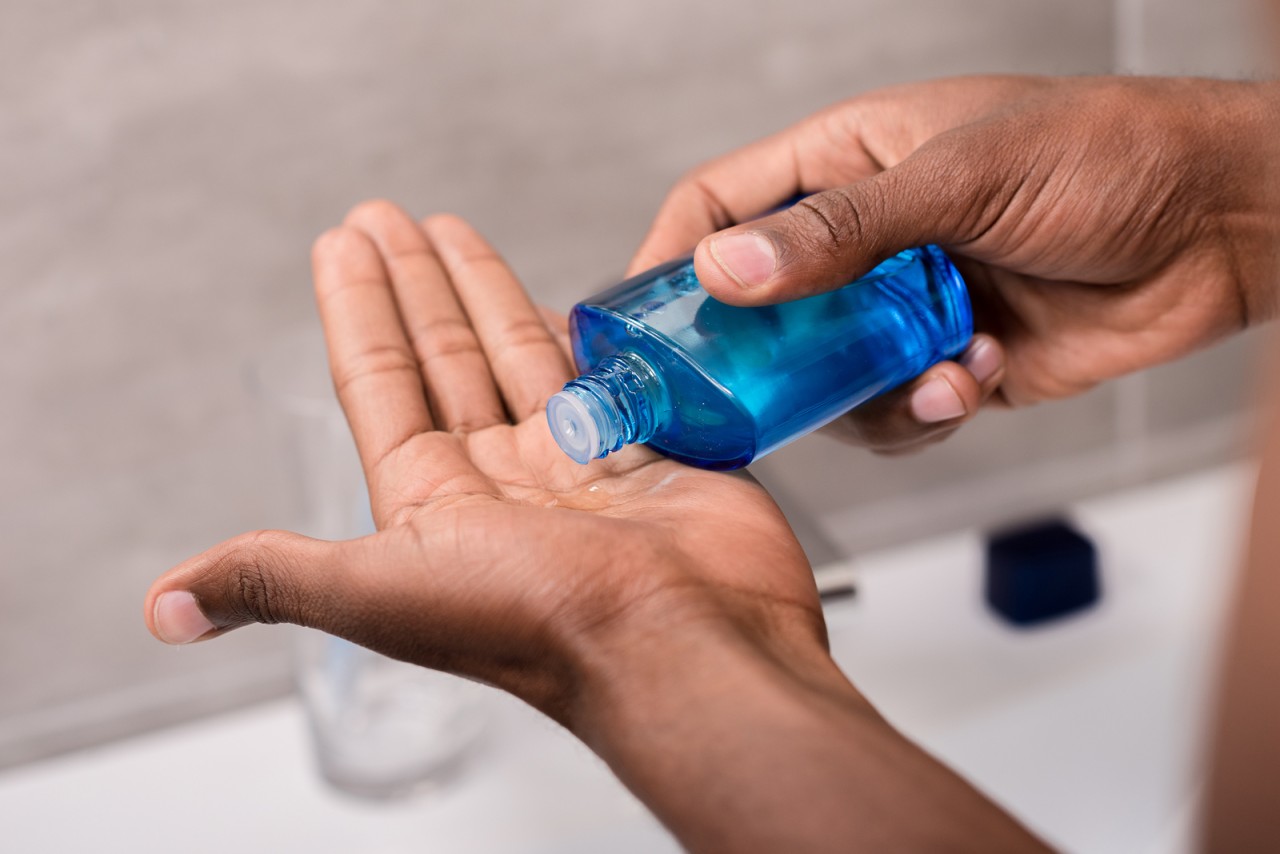 Everyone has certain smells they associate with Christmas: Grandma’s home-baked bread or the scent of a fresh-cut pine tree—or, as in my house, the scent of a newly erected cheap plastic Christmas tree.

But for me, the fragrance of Aqua Velva aftershave lotion and Christmas will always be connected. In the early ’70s, I was a student at Hannibal LaGrange College in Hannibal, Mo. I was asked to speak at the University of Illinois, Peoria, International Students’ Christmas Banquet. These were students from around the world who wouldn’t be able to go home over the Christmas break and were stuck in Peoria, so they were holding this banquet on Christmas Eve.

At this time in my life, this was the biggest event of which I had ever been invited to speak, and the opportunity to share the Gospel with students from all around the world excited me. But I had a problem. To get home in time for Christmas, I would have to speak and then drive for more than five hours through the night just to get home in time to open Christmas presents.

As I looked at the plans for my speaking engagement, I realized I had a problem: I couldn’t drive through the night to get home because no gas station would be open.

The team who booked me said not to worry; someone had volunteered to let me spend the night at their house. As I finished speaking, a couple showed up with three young daughters and asked me to follow them home.

Late on Christmas Eve, there I was, lying in a strange bed in a strange home, thinking about Christmas back home. Feeling awkward, I planned to sleep through the night and most of the next morning and wake up at about 3 o’clock in the afternoon.

I slept like a bear that night and woke up rested, only to look at the alarm clock and see 5 a.m. staring back at me. I groaned and turned back over, trying to get back to sleep, when a knock sounded at the door. Three little voices said, “Mr. Moore! Mr. Moore! We can’t open our Christmas presents until you come down and eat breakfast with us!”

I grumbled under my breath, “It’s Christmas morning, and here I am, stuck in a stranger’s house with three little girls knocking at my door.”

“Give me a minute, and I’ll be down,” I told the girls. Walking downstairs to the kitchen, I found myself sitting at a strange table with a stranger’s family.

The dad led in a Christmas prayer, and before the last syllable of amen had passed, those little girls had eaten their breakfast and were ready to open presents. When I finished, the father announced, “We are all going into the living room to open Christmas presents.”

Next, I was sitting on an ottoman, watching this stranger’s family open their Christmas presents one by one. The littlest girl opened her first present and showed everyone the new doll she had just received. It took her forever to show it off, and then the next to the youngest daughter did the same, and they went one by one, taking what seemed like hours to open their presents and show them off. I must have been the guest inspector, because I got to check out each of the girls’ gifts.

Finally, all the Christmas presents had been opened except for one. The dad picked it up and squinted at the tag, asking, “Is there a Walker Moore here?”

I raised my hand, and one of the girls brought the package over to me. As I was unwrapping it, I thought it was nice that they had thought of me. My surprise turned out to be a bottle of Aqua Velva aftershave lotion. The girls immediately wanted me to uncork it and let them smell. I dabbed some on each one of the now-giggling little girls and then on myself. Now I can go back to bed, I thought, until the father of the family said, “Let’s get ready. We’re all going to Grandma’s house for Christmas.”

Next thing I knew, I was in the back seat of a stranger’s car with a strange family who all smelled like Aqua Velva, heading off to God knows where. “Merry Christmas to me,” I whispered to myself, in a sarcastic tone.

As we entered Grandma’s house, my first thought was that I never knew so many people could pack into such a tiny country home. Cousins, aunts, uncles, nephews, brothers and sisters all crowded into this place, laughing and loving. All I could think of was how my family back home had already opened their presents, and the ones that weren’t opened were waiting for me.

We had dinner, and then Grandma rang a little bell announcing that the entire clan would move into the living room. I wondered how that could be possible, but with people sitting on top of each other and children sitting on the floor, the magic began to happen. Each family took out one present at a time, starting with Grandma. We all had to “ooh” and “ahh” at each gift, and finally the first family had just one present left. The dad reached into the box and pulled it out, asking, “Is there a Walker Moore here?”

For the second time that day, I raised my hand, and a present came my way. All eyes were glued on me as I begin to unwrap the beautiful paper. Again, a blue-green bottle of Aqua Velva appeared. And again, everyone in the room wanted to smell the contents.

The next brother got up to distribute the presents his family had brought, and we oohed and ahhed all over again. This brother also had one present left for “a Walker Moore.” And guess what it was? Another bottle of Aqua Velva. By the end of the evening, I believe I had five brand-new bottles of Aqua Velva, all identical.

But this evening touched my heart. The families didn’t know I was going to be there until the night before. They had put the word out to the entire clan to bring a present for this “Walker Moore.” Little did they know that each one had brought the same gift.

As we got back to the house, I knew I needed to thank the father. “Sir,” I said. “You don’t know how much it meant to me that you would bring me into your home, call your family, and ask them to bring a present for me. You really made me feel like part of the family. Thank you for doing this for me.”

The dad leaned over and said, “Walker, we didn’t do this for you. The Bible says when you do something unto the least of them, you do it unto Jesus. Each year, we bring one of the ‘least of them’ into our family to represent Jesus. You were the least of them we could find this year; you represented Jesus in our home.”

“The King will reply, ‘Truly I tell you, whatever you did for one of the least of these brothers and sisters of Mine, you did for Me’” (Matt. 25:40).

This year and every year, I wish you a very merry Aqua Velva Christmas!