Rite of passage: A grateful heart 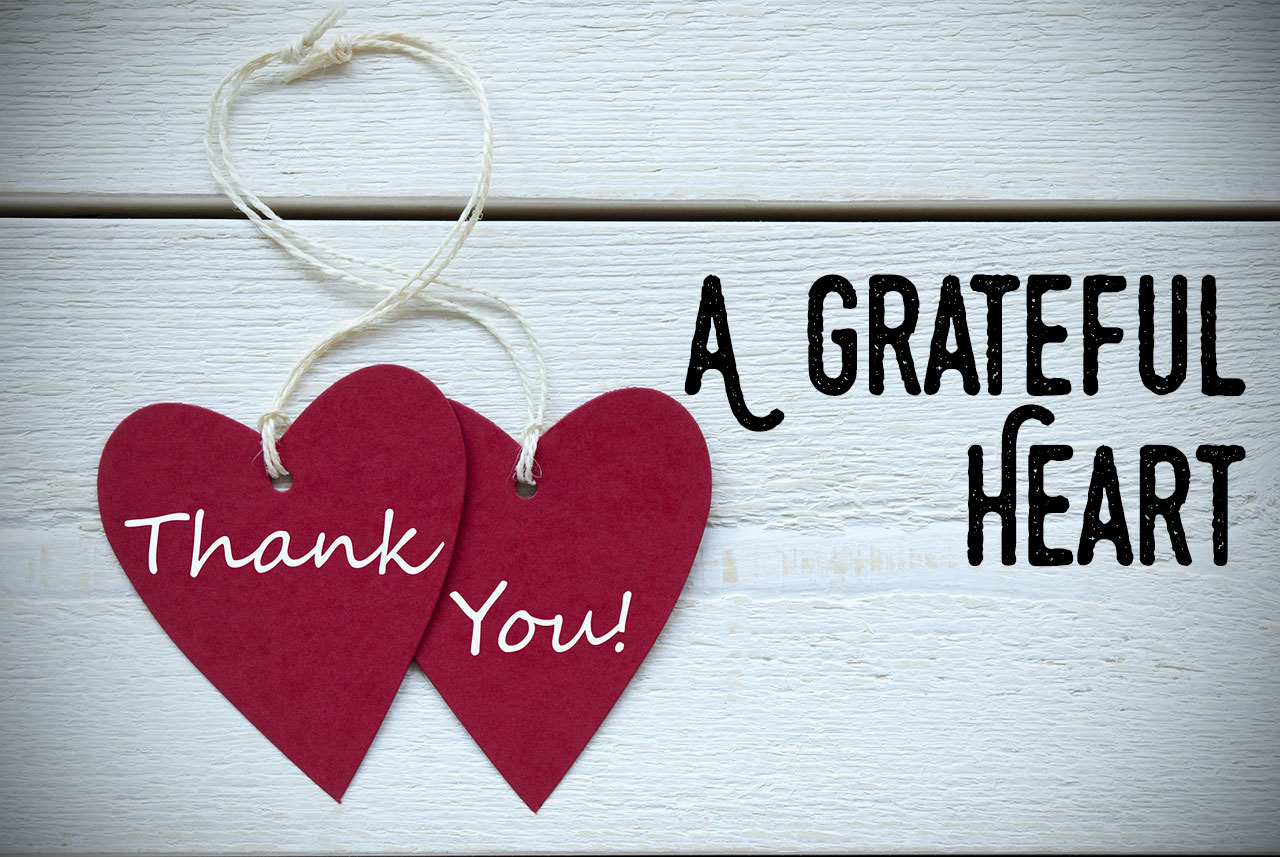 Churches used to do it all the time, but now it is a rare event. It used to be that when I served as a guest speaker, after I finished preaching and as the closing prayer was being said, the pastor would escort me to the back of the church, and people would line up to shake our hands as they left. I have stood in many of these lines as people tried to think of things to say as they went out the door. Most of the time I heard “Good job” or “Enjoyed your message” and lots of “Have a great days or my least favorite, “Good sermon.”

What do you mean, “good”? I spent hours of studying, seeking the heart of the passage, praying over it, and you called it “good”? That’s like saying “Oklahoma is OK.”

It used to be an unwritten law that you had to shake the guest speaker’s hand before you were excused from church. Most of these people who tell me something on their way out the door mean well, but they show little forethought. So I join the parade, shaking their hands and responding, “God bless you” or “Thank you for the kind words.”

Sometimes I even get a backhanded compliment. “You’re better than our last guest preacher,” I’ve heard that message before,” “Well, pastor, the Methodists beat us to the cafeteria today” or “I hope you feel better soon.” But very seldom do I have a deep, heartfelt conversation with anyone at the back door of the church.

Titus the Honorable visited our home the other day. Instead of repeating everything we say, he is beginning to express his own thoughts. But that repeating stage is fun, because no matter what you say, you hear a tiny echo.

“Yumm, this sure tastes good,” I say, and a few seconds later, the echo returns: “Yumm, this sure tastes good.” Of course, good grandparents will make a game out of this. I will say something like, “This is a catastrophic kerflunk.” I watch his little mind whirling and his eyes squinting as he tries to figure out how to repeat what I said. And then I hear his little voice: “This is a cat-got-a-straw-fix curbflunk,” which brings a great smile to his Poppy.

While at our home this time, he discovered an old game we used to play as children called “Cootie.” In this game, you rolled a die (Baptists were not allowed to own games with two or more dice. We had to go to a friend’s house to play Monopoly.) and if it landed on a six, you got a leg for a plastic bug called a “cootie.” A two got you a head, and a four would get you an eye. You took turns rolling the die until someone finished building their cootie, and that person won the game.

Titus wasn’t interested in the game, but in the cootie itself. We each took the parts and built our cooties, and then we had a cootie war.

But one of the cooties had a problem. Its leg was broken off inside its body, and this bothered Titus. I heard his tiny voice asking, “Poppy, can you fix it?”

I told him I could, but I needed some help. So he marched off to the garage with me to get a drill and drill bit. Next, he had to put on his little red Spiderman work gloves, because his job was to hold down the cootie while I drilled. He sat on a stool at the counter, holding down the cootie as I began the operation of extracting the broken piece and drilling a new hole for the leg.

Back in his room, he happily assembled the cootie with its newly-repaired leg. We had been playing for a few minutes when he stopped, looked into my eyes, and asked, “Poppy?”

“You can fix anything.”

I looked at him and said, “I try.” And we went right back to playing.

As you can guess, Titus’ words melted this old grandpa’s heart. You see, I know two things. The words came from a little boy who loves me, and they expressed his sincere gratitude.

If you meet me at the back door of the church and tell me “Good sermon,” I won’t complain. But I also encourage you, every once in a while, to take time to let those who serve you know that they are loved and you are grateful.

A little gratitude, my friend, will fix almost everything.