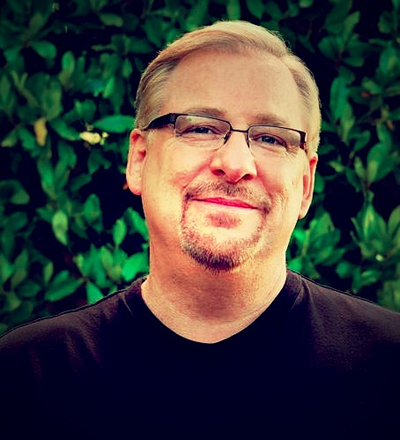 NASHVILLE (BP) — The suicide of Matthew Warren continues to reverberate not only in Christian circles but the culture which his parents, Rick and Kay Warren, have sought to impact since the founding of Saddleback Church in 1980.

Warren released an emotional statement to Saddleback’s staff after the suicide. The statement has since been broadly published:

“Over the past 33 years we’ve been together through every kind of crisis. Kay and I’ve been privileged to hold your hands as you faced a crisis or loss, stand with you at gravesides, and prayed for you when ill. Today, we need your prayer for us.

“No words can express the anguished grief we feel right now. Our youngest son, Matthew, age 27, and a lifelong member of Saddleback, died today.

“You who watched Matthew grow up knew he was an incredibly kind, gentle, and compassionate man. He had a brilliant intellect and a gift for sensing who was most in pain or most uncomfortable in a room. He’d then make a beeline to that person to engage and encourage them.

“But only those closest knew that he struggled from birth with mental illness, dark holes of depression, and even suicidal thoughts. In spite of America’s best doctors, meds, counselors, and prayers for healing, the torture of mental illness never subsided. Today, after a fun evening together with Kay and me, in a momentary wave of despair at his home, he took his life.

“Kay and I often marveled at his courage to keep moving in spite of relentless pain. I’ll never forget how, many years ago, after another approach had failed to give relief, Matthew said, “Dad, I know I’m going to heaven. Why can’t I just die and end this pain?” but he kept going for another decade.”

On Sunday, April 7, Warren voiced gratitude via Twitter for the concern and prayers for his family: “Kay and I are overwhelmed by your love, prayers, and kind words. You are all encouraging our #brokenhearts.”

The previous day via Twitter, Warren had stated, “We pray ‘Thy WILL be done on earth AS IT IS IN HEAVEN’ since in heaven God’s Will is done #always. On earth, it’s done rarely.”

The Orange County Register reported that Warren was slated to begin a new sermon series, “Surviving Tough Times,” on Sunday at Saddleback, one of the Southern Baptist Convention’s largest churches. The first message in the series, for April 7, was titled, “What Do You Do on the Worst Day of Your Life?”

Among those expressing compassion for Rick and Kay Warren was Frank Page, president of the Southern Baptist Convention’s Executive Committee and a former SBC president.

Page and his wife Dayle lost a 32-year-old daughter, Melissa, one of their three daughters, to suicide in 2009.

Page stated via Twitter the day after Matthew Warren’s suicide: “My heart is broken as I’ve heard the news about Rick Warren’s son. Please pray. Unfortunately, I understand that which they experience now.”

In a statement to Baptist Press, Page expanded on his tweet:

“Immediately after hearing the tragic loss of Rick and Kay Warren’s son, I called my wife and asked her to join me in prayer for this dear family. Having lost a daughter in the same tragic way slightly over three years ago, we know the valley through which they walk. While there is an element of shock in place for them now (a merciful provision from our Lord), we all need to pray for this dear family. It is a hurt that no one can adequately describe. Often, when people attempt to express sympathy, they often say, ‘I cannot imagine the pain of such a loss.’ The truth is, no one who has gone through such a loss would wish for anyone to even imagine much less experience it.

“I call on all Christ followers to pray earnestly for the Warren family in these days.”

Saddleback Church, in Southern California, is affiliated with the Southern Baptist Convention and Warren’s wide range of speaking engagements have included the SBC Pastors’ Conference and other Baptist settings. He is a graduate of two Baptist schools, holding an undergraduate degree from California Baptist University in Riverside and an M.Div. from Southwestern Baptist Theological Seminary in Fort Worth, Texas.