REVIEW: ‘Spies in Disguise’ is ‘Mission Impossible’… for kids 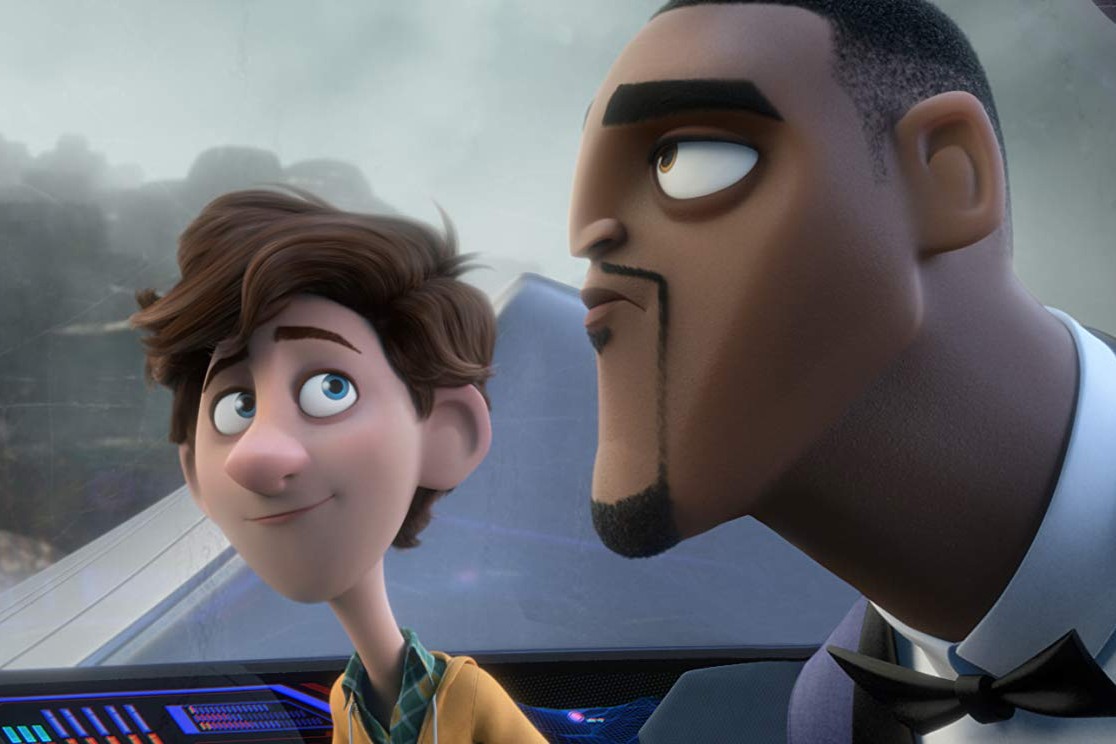 The animated children’s movie ‘Spies in Disguise’ opened in theaters this week, telling the story of a debonair spy who is framed for a crime.

He fights crime in a tuxedo without sweating a drop. He escapes from a room of bad guys with a flip of the wrist. And his exploits are often accompanied by funky background music.

He’s a spy who (seemingly) can do no wrong. That is, until a villain named Killian gets involved.

Killian frames Sterling for a major crime. Even worse, he uses a cloning device so that Sterling’s face is seen on video at the scene.

Suddenly, Lance Sterling goes from the world’s best spy to a criminal on the run.

Sterling needs someone to help him. But who?

The animated children’s movie Spies in Disguise (PG) opened in theaters this week, telling the story of a debonair spy who befriends a quirky-but-brilliant young scientist named Walter Beckett, who was recently fired from his job and is looking for work. Unfortunately, though, Sterling accidentally drinks the wrong potion in Beckett’s home lab and is turned into a talking pigeon. While that might help him get away from law enforcement until he finds Killian, it also hampers his spying skills—not to mention his suave style.

It stars Will Smith (Men In Black series) as Sterling, Tom Holland (Spider-Man series) as Beckett, Karen Gillan (Guardians of the Galaxy series) as Eyes, and Ben Mendelsohn (Rogue One) as Killian.

Spies In Disguise is a funny and entertaining Mission Impossible-type film that has positive messages about being different and not fitting in, although it also has a couple of elements (including partial male nudity and violence) that might trouble some parents.

Moderate. The movie, like most films in this genre, includes tons of punching, kicking and fighting, although much of it is just off-camera. Still, a few scenes may trouble children, including one in which Killian dangles a man over a cliff and drops him, presumably to his death. A character is tased. Killian is mostly a normal-looking guy, although at one point he changes his faces to reveal a past injury (half his face was burned).

The film also contains lines normally not heard in a film aimed at children. (“I’m going to show you pain;” “over my dead body.”)

We learn Walter’s mother, a police officer, previously was killed.

Minimal/moderate. One of the film’s bad guys is a muscular, overweight man named Kimura. In one scene, we see him fully naked from behind. (Tattoos cover his body, including his buttocks.) We see partial views of his posterior once or twice more.

We see a woman in a bikini near a beach.

The opening scene includes a song, Freak of Nature (by Mark Ronson), with suggestive lyrics.

We hear jokes about a bird’s posterior.

None/minimal. No coarse language, although we hear “suck,” “shut up” and an unfinished “I’m gonna kick some ….”

Different can be good: Beckett’s mother tells him in the opening scene that the “world needs weird”—and that, someday, his ideas will make an impact.

Parenting is worth it: As a child, Beckett often makes messes and tests his mom’s patience. Yet he grows up to be a brilliant scientist.

Is different and weird always good? No. But can it be good? Of course. Often, it’s the kids who are different that change the world for the better.

Beckett tells his mother that “school is boring, and the kids think I’m weird,” but she encourages him and says his unique mind will make an impact on society.

Christian parents can apply this theme to the spiritual realm, too. The Bible says God’s people are to be set apart and holy. They are to be different. Sometimes, children (and adults) face enormous pressure to “fit in” to a sinful world. But God is the only audience that matters.

I watched Spies in Disguise with my 11-year-old son, who loved it. It contains elements that might trouble younger viewers—and one or two elements that should have been left out—but as an animated espionage film, it’s fun.