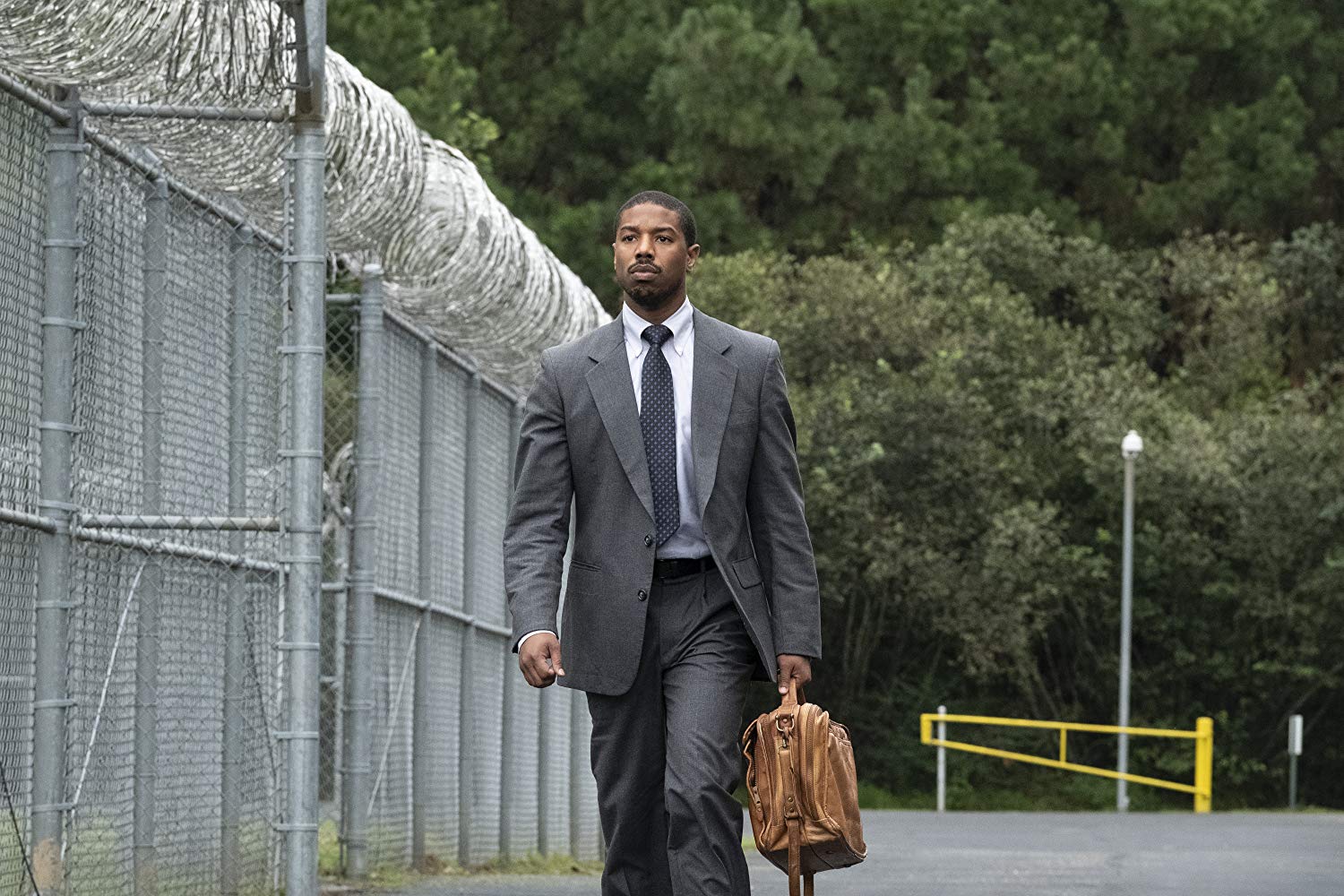 The movie Just Mercy expands to theaters nationwide this weekend, telling the true story of an attorney who helped free an innocent man on death row.

Walter McMillian is a middle-aged black man in Alabama who is sitting on death row for a crime he didn’t commit.

Years earlier, an 18-year-old white woman was brutally murdered, and McMillian—despite having multiple alibis who said he was at a church fish fry—was convicted and sentenced in a trial that lasted but a day and a half.

With his appeals having been exhausted, McMillian needs a miracle before he dies for something he didn’t do.

Enter Bryan Stevenson, a young black attorney who shares McMillian’s belief that the legal system is biased against poor people who aren’t white. Just out of law school, Stevenson wants to move from Delaware to the Deep South and fight for people who have been wrongly accused—and who need an advocate who understands their plight.

“It could have been me, mama,” Stevenson tells his mother, explaining why he’s willing to risk his safety to defend convicted criminals. “You always taught me to fight for the people who need the help the most.”

But can Stevenson find new evidence to free McMillian before it’s too late?

The movie Just Mercy (PG-13) expands to theaters nationwide this weekend, telling the true story of an attorney, Stevenson, who defended McMillian and who founded an organization, the Equal Justice Initiative, which fights for the wrongly accused and also works to end mass incarceration and excessive punishment. It stars Michael B. Jordan (Black Panther) as Stevenson, Jamie Foxx (Ray) as McMillian, and Brie Larson (Captain Marvel) as Stevenson’s assistant.

It’s a gripping film that raises troubling questions about the legal system and the application of the death penalty.

McMillian faced racism within the legal system when he was convicted in the 1980s, and Stevenson received death threats and pressure for wanting to free a supposedly guilty murderer.

Moderate. The film includes discussion of various crimes, although we never see the murders committed. We twice see a black man pulled from a car and a gun pointed at him. We see an arrest in the courtroom. The movie’s most troubling scene involves a man being placed in an electric chair (We don’t see the actual death, but we hear the loud jolt).

Minimal. The phrase “sexually abused” is mentioned. Stevenson is forced to strip down naked before entering the prison, although we see only his upper body.

Family is a major theme. We see Stevenson’s father and mother tell him goodbye before he travels to Alabama. We see McMillian, in prison, looking at photos of his family.

Stevenson prays with an inmate on death row. We see Stevenson in McMillian’s church alongside McMillian’s family, who are singing and clapping.

Live a life of service: Stevenson could have used his law degree for more popular ventures. Instead, he chose to represent those that society views as outcasts.

Truth and justice matter: The legal system tossed McMillian in prison and forgot about him. Stevenson, though, wanted to right a wrong. He knew an innocent man was set to die.

Just Mercy soars when it’s promoting justice and opposing wrongful convictions. It’s an idea grounded in Scripture and specifically the Mosaic Law, which says the death penalty should only be applied upon the evidence of two or more witnesses. A single witness isn’t sufficient (Deut. 17:6, Deut. 19:5).

For the modern world, this means the death penalty should only be applied when the evidence is clear-cut—and not, as was the case of Walter McMillian, when the physical evidence is non-existent and the lone witness cannot be trusted (In the film, that lone witness was pressured by police into lying. Racism also apparently played a role).

God is a God of justice and truth who hates false accusations. The Ten Commandments, after all, say, “You shall not bear false witness against your neighbor” (Ex. 20:16). The government is to bring “punishment on the wrongdoer” (Rom. 13:4)—not the innocent.

Although McMillian’s case forms the core of the story, the film nevertheless takes a position on the death penalty itself.

“A girl is dead because of me,” a guilty man on death row says.

“That don’t give nobody the right to kill you back,” McMillian tells him.

Later, we watch the excruciating moments leading up to an execution via the electric chair—minus only the death itself. The film’s message is clear: This shouldn’t happen in America.

The Equal Justice Institute claims that for every nine people who are executed, one person on death row has been exonerated. It’s a horrifying stat that should cause every attorney within the system to tremble, knowing that an innocent person may have been executed (The Institute points to errors, inadequate counsel and racial bias as problems).

The death penalty itself is supported in Scripture (Gen. 9:6; Rom, 13:1-7), but society must ensure it is being applied properly.

Stevenson, in the film, asserts that truth—and not a tally of wins and losses from each side in the legal system—should be the driving force for both the prosecution and defense. It’s wise advice.

“Your job isn’t to defend a conviction… It’s to achieve justice,” he tells the district attorney.

Just Mercy is as inspiring as it is gripping and troubling. Thumbs up.

Rated PG-13 for thematic content including some racial epithets.