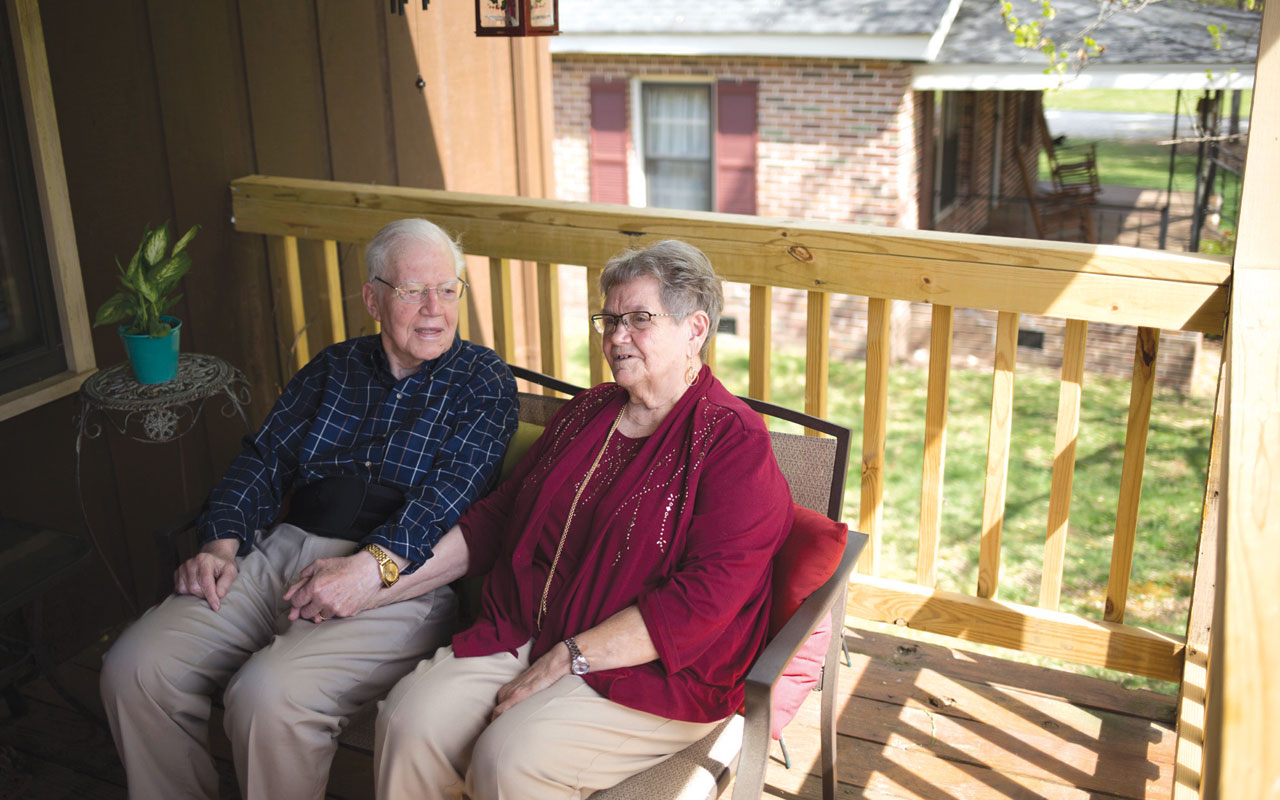 EDITOR’S NOTE: Mission:Dignity Sunday is June 26 in the Southern Baptist Convention in support of GuideStone Financial Resources’ benevolence ministry for retired pastors or their widows.

TOCCOA, Ga. (BP)—After 45 years of ministry, Reginald and Claudia Pressley retired much the way they began—serving small churches in the Southeast. They were there for births, baptisms, weddings and funerals as they marked the milestones and the passage of time in the lives of their members.

And they wouldn’t take anything for the memories. The couple met in their teens at Toccoa Falls Institute (now Toccoa Falls College), a faith-based school in the mountains of north Georgia. He was attending on the advice of a pastor where he lived in Talladega, Ala., after surrendering to the ministry; she was the daughter of an instructor.

His memory is that it was “love at first sight” for Claudia. Her story differs, “He chased me all over the place.”

Regardless, they struck up an acquaintance before he returned to Alabama for his senior year of high school. Then he was drafted; entering the Marines, he shipped off for the Korean Peninsula.

The relationship continued halfway around the world, and when he returned home he went to Toccoa to visit Claudia. Soon they were married and, after his discharge, settled back in Toccoa. He took Bible classes at the school and then moved the family to Florida where he studied at the Baptist Bible Institute (now the Baptist College of Florida).

“Times were tough being newly married, having a son and wife, and trying to support them; money was scarce,” Reginald said.

His first pastorate, at Geneva, Ala., Bellwood, taught him and Claudia a lot about human nature, such as the squabble that was just being solved when they moved to town.

“The church had a very heated question over whether to add air conditioning,” Claudia recounted. “Most folks didn’t have it back then, and couldn’t afford it, so they could not see taking on the expense of higher electric bills just for an hour or two on Sunday morning.

“Well, the church was split on the vote, so they went ahead and air conditioned the sanctuary, and that created a very unique worship experience,” Claudia said. “The half in favor of air conditioning sat on one side with the cool air blowing, and those who opposed it sat on the other side with the windows open.”

That was just the first of a lifetime of experiences that Reginald and Claudia look back on with lightheartedness.

Now retired, the Pressleys are not far from where they first met. They live in Toccoa and are members of Old Liberty Church, just 15 miles across the state line in Westminster, S.C. It was the last church he served and where he retired at age 70 in 2001. Claudia plays the organ each Sunday.

One of the blessings Reginald and Claudia have in retirement is Mission:Dignity, the benevolence ministry of GuideStone Financial Resources by which Southern Baptists’ gifts supplement the couple’s limited income to help them make ends meet.

“We never had much money to put away for retirement, though the churches helped where they could,” Reginald said. “I think many of them put about $35 a month away toward our retirement, which is what the Annuity Board (now GuideStone) recommended as a minimum.

“Of course we didn’t have anything to contribute because I rarely made more than $300 a month in my early days, and not much more than that later.”

Mission:Dignity assists more than 1,800 recipients each month, providing a measure of security and dignity in their retirement years. The neediest couples with at least 25 years of paid Southern Baptist ministerial service can receive $600 each month from Mission:Dignity. Thanks to an endowment that pays for administrative costs, 100 percent of money given to Mission:Dignity benefits a retired pastor, worker or his widow in need.

“As you get old the medical bills come a lot more frequently and seem to never end,” Claudia said. “Mission:Dignity is helping us to meet those bills while still having funds available to cover other day-to-day expenses.

“We don’t know what we would do without the check we receive from Baptists all over the nation who contribute to folks like us.”

For more information about Mission:Dignity or to share a gift, visit MissionDignity.org.