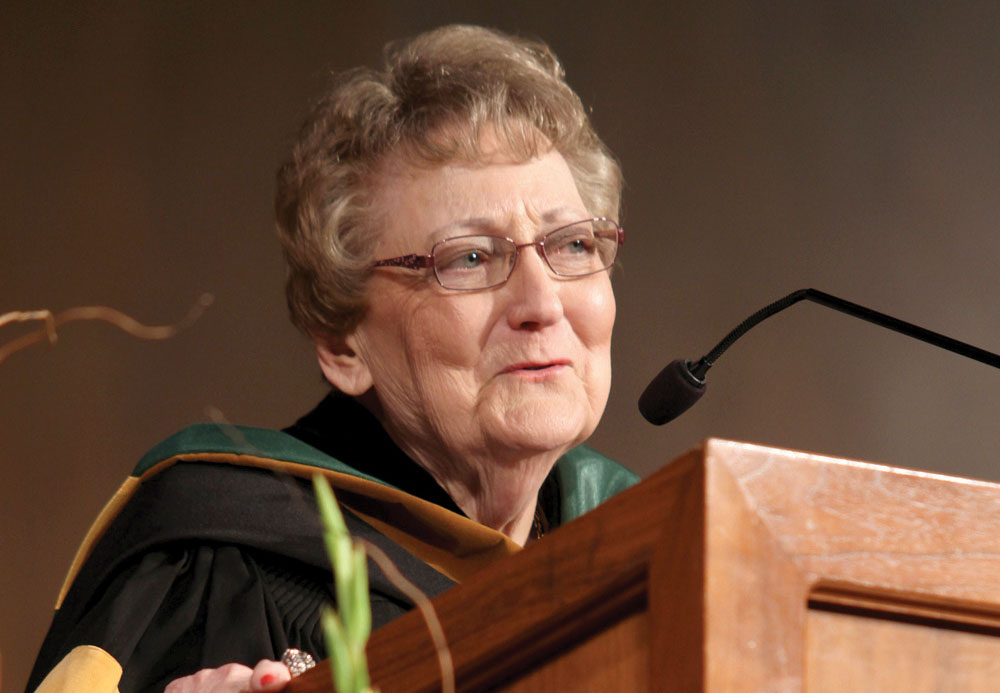 She may have appeared short in stature, but Willa Ruth Garlow stood tall when she spoke and commanded the setting while doing a dramatic soliloquy in the role of Lottie Moon or other historical characters. Whether in speech or written word, Garlow knew how to get people’s attention, and she did it for her love of Baptist ministry and her Lord Jesus Christ.

Garlow, 89, died early morning Monday, Feb. 19. An author, spokesperson and longtime leader in children’s ministry with the Baptist General Convention of Oklahoma (BGCO), Garlow suffered a stroke, according to reports, while leaving an event at Oklahoma City, Capitol Hill, her home church, on Friday, Feb. 16.

Garlow is the wife of the late Lyle Garlow, retired BGCO senior associate executive director. Married for 68 years, they served multiple ministries in Oklahoma Baptist life. According to her obituary, “When she married the love of her life, John Lyle Garlow, she entered into what she considered her most important roles —wife, mother, grandmother and great-grandmother.”

“Willa Ruth Garlow was an amazing lady,” BGCO Executive Director-Treasurer Anthony Jordan said. “An incredible preschool conference leader and inspirational speaker, she lighted up every room she entered. She had a passion for life and zeal for serving her Lord. A few minutes in her presence and you would walk away feeling 10 feet tall. She and Lyle were two treasures of Oklahoma Baptists. They gave their lives in service to our Lord and Oklahoma Baptists.”

Her obituary continued, “Willa Ruth dedicated her life to positively influencing the development of young minds, their lives and their personal relationships with Jesus. She served as a motivational speaker and childhood specialist and was a keynote speaker and seminar leader in 34 states as well as Europe, Asia, Africa and South America.” 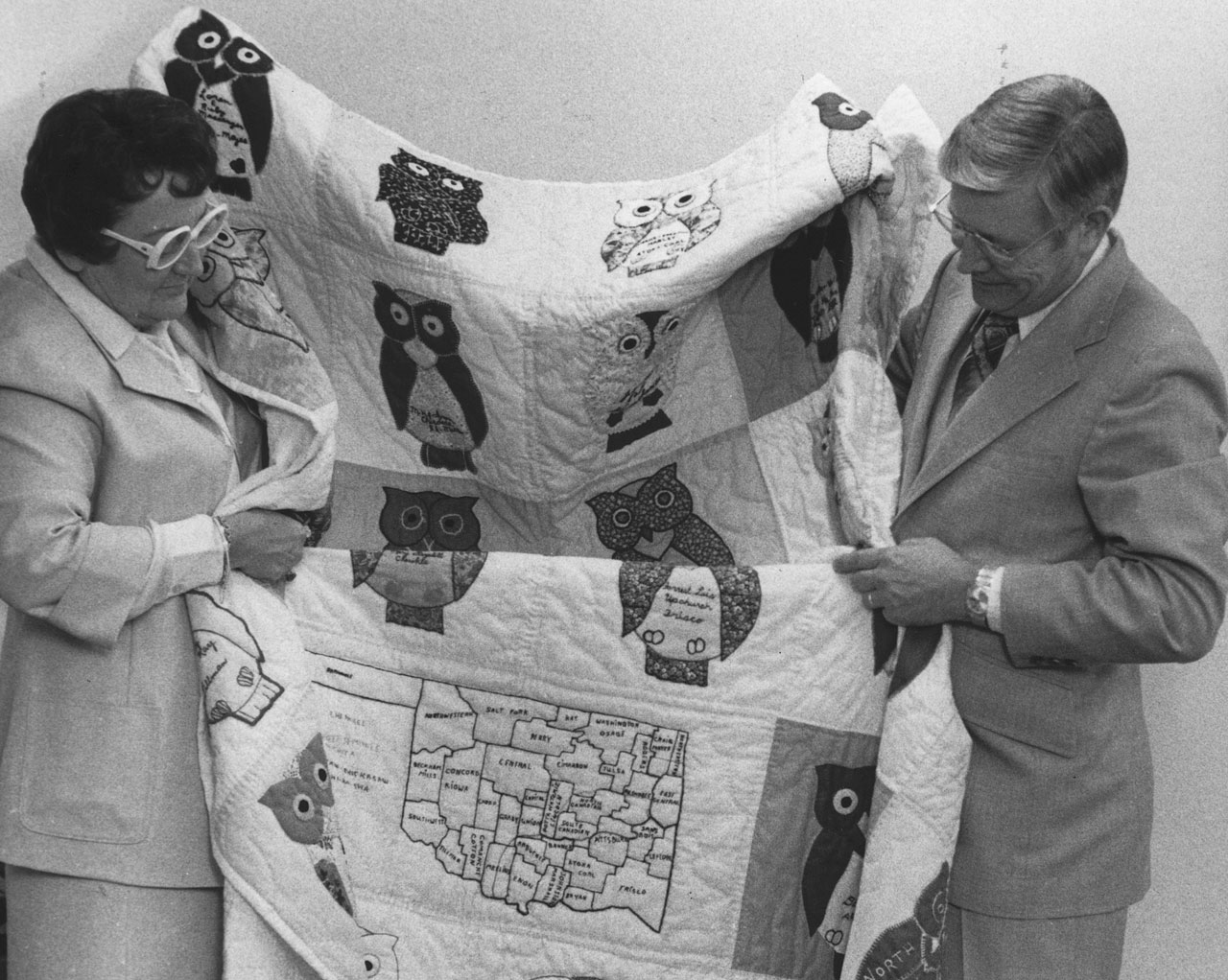 From the Oct. 25, 1979 Baptist Messenger, Willa Ruth with her husband Lyle show off a quilt they were given that was made by the wives of directors of missions. Willa Ruth was known to collect owls as a hobby.

Along with writing several articles and curriculum for LifeWay Christian Resources and other publications, Garlow authored four books including “Outreach for Preschoolers,” “My Church,” “Jesus Is A Special Person” and “Sharing God’s Love and Joy: 52 Devotional Bible Studies for Senior Adults.”

Some of her “first person” columns would have catchy headlines, such as her July 17, 1997 article that was titled “When people burn you up, don’t make a fuel of yourself.” The article begins, “Let’s face it. Everyone of us has experienced some unhappy encounters with people, both children and adults, who seem to have been born in a nasty, negative mood and who seem to work to make other people miserable.” Garlow advised in the article to “(pray) for yourself and for them… (respect) other people’s points-of-view… (make) sure that you are not in the wrong.”

Garlow also wrote to help parents be spiritual leaders for their children. “When the Bible is important in the lives of his parents and in his home, a young child can begin to be aware that the Bible is a special book and an important book,” she wrote in her Aug. 21, 1997 Messenger article titled “Help for parents using the Bible with preschoolers.”

Garlow was presented with Oklahoma Baptist University’s (OBU) Outstanding Alumni Achievement Award in 1980 and was awarded the Distinguished Service Award in 2003 by the faculty of the School of Educational Ministries at Southwestern Seminary. In 2014, Willa Ruth received an honorary Doctor of Religious Education degree from OBU.

She is survived by her daughter Dawnellen Pybas and her son Sam Garlow, five grandchildren and 11 great-grandchildren. Her funeral service was Thursday, Feb. 22 at Oklahoma City, Capitol Hill.