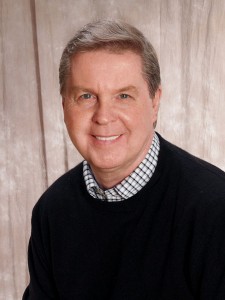 Pastor Jim Cymbala is a native New Yorker, raised in the borough of Brooklyn. Not long after he married Carol, his childhood sweetheart, Cymbala felt a call to the ministry and took over the leadership of The Brooklyn Tabernacle in the early 1970s. The small, struggling congregation met in a small, run-down building surrounded by the physical and moral blight of the inner city.

Cymbala tells many of his early pastoring experiences in his book Fresh Wind, Fresh Fire, how he and Carol believed serving at Brooklyn Tabernacle was the very spot where God’s love could meet the most desperate of human needs. They realized the necessity of real prayer to secure God’s grace and power in their ministry. The church’s Tuesday Night Prayer Meetings started small but became a central feature in the life of the church and has remained so to this day.

Over time, Brooklyn Tabernacle planted churches in other needy areas of the city and eventually established ministries in Haiti, the Dominican Republic, Israel, Guyana and the Philippines. The leadership for most of these ministries has been raised up by God from the congregation, which itself represents so many parts of the world.

Other books written by Cymbala include Fresh Faith; Fresh Power; Breakthrough Prayer; The Life God Blesses; The Church God Blesses; and The Promise of God’s Power.

Just as the Jan. 15 Baptist Messenger presented an exclusive interview with Franklin Graham, this week’s edition features another keynote speaker at the Oklahoma State Evangelism Conference (SEC), Jan. 26-27, at Del City, First Southern. Jim Cymbala, the best-selling author and pastor of Brooklyn Tabernacle in New York City, answers questions relating to two of his books and how he is looking forward to speaking at this year’s SEC. 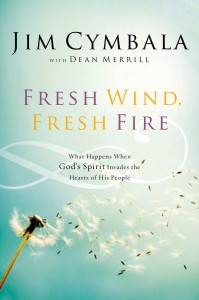 Q: Many readers have enjoyed your book Fresh Wind, Fresh Fire through the years. As time has passed, how do you look back on the impact this book has had?

A: I’m very grateful to God that He seemingly has used it to encourage a lot of people, inspire people. By the sales of it and by the emails that I continually get, people have been blessed by it. It’s the first book I wrote and certainly was in my heart. (Fresh Wind, Fresh Fire) told more about me, my wife Carol and the church than my other books. It’s an autobiography of how we began, things we learned along the way, mingling in messages of truth that we learned, sometimes the hard way, by error. But nevertheless, (they were) lessons we learned that I share with others.

Mostly, I wanted to pay tribute to the faithfulness of God because we were a young couple starting out with less than 15 people in the church. The first offering was $85 in a rundown building. We were seeing God’s faithfulness, learning as we went, adjusting to different situations, and that’s what the ministry is about. For people who live for the Lord, especially those who administer the Word, it’s a lot of adjustments. It’s reacting, hopefully led by the Holy Spirit, to the opportunities God laid before us.

Q: In your new book Storm: Hearing Jesus for the Times We Live In, you provide encouragement for those who are concerned about the state of the church today. What should churches do differently to reach their respective communities? 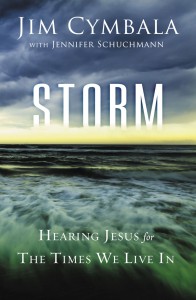 A: The first thing that churches have to do is not do anything outward, but to go inward and look, I think, at (their) spiritual condition. A church can’t be more effective than the spiritual vitality of that church. You can’t have a lukewarm, Bible-less, loveless, powerless church and then say “Let’s go out and take the world for Jesus.” It just doesn’t work that way.

That’s why Jesus told His disciples first to wait in Jerusalem until they were duly empowered. Then they went out and preached the Gospel, even though they knew the Gospel by spending time with Him off and on for 40 days after His resurrection.

The first thing I think we have to do is, whether as a local assembly or a group of churches, ask “Where are we? Are we prayer-less? Are we loveless? Do we like people who are ‘other’? Do we have the love of God burning in our heart? Are we replicating the life in some way, shape or form of the early church?” That’s why God gave us all those details in the New Testament. They continued steadfastly in the Apostles’ Doctrine, the Word, and in fellowship of breaking of bread. They shared; they loved; they had meals together, the Lord’s Supper too, and they continued in prayer. That’s the picture of the early church. That’s the model all of us are supposed to be aiming at.

If that’s not happening, and there’s no vitality in the church, it’s hard to say we’re going to have an impact on the culture. We’re not. In fact, the culture will end up evangelizing us, which is what’s happening now. The statistics are irrefutable. Christianity is in a major decline.

So I think what churches have to do is look first and say “God we need to seek Your face. We need to humble ourselves.” And to make changes from the inside, we have to—and this is the most important thing—we have to regard people as God sees them. We have to start feeling what God feels. No one can teach us that. No sermon will do that. That takes a new experience with God the Holy Spirit. A new invasion of His Word and working with The Spirit in our hearts. And when we start seeing people the way God sees them and feel what He feels, then we are going to start talking, praying, seeking, getting creative thought on how to reach them. But it begins with our own hearts and our spiritual condition.

Q: In what ways are you looking forward to the Oklahoma State Evangelism Conference this month?

A: I love to meet with brothers and sisters in Christ. I love to be with those who have a heart for evangelism, which obviously you all do or you wouldn’t be having this conference. So I’m praying, and I’m having our prayer band in our church pray that God will bring me there, as the Scripture says, with the full blessing of Jesus and the Holy Spirit.

I pray God will put something from the Bible in my heart that will be an encouragement. And then I know you all will encourage me, and, together, we will not just hear from the Word, but also pray together because we are beginning 2015 and who knows what God could do this year in Oklahoma, if His people will humble themselves and pray and say God we want an explosion for Your glory. Not that we can say our churches are growing—that’s a form of idolatry. No, we want (God’s) name to be glorified, and it won’t be glorified unless we bear much fruit.

The Gospel of John tells us that: “If you abide in Me you will bear much fruit. But this is how my Father is glorified that you bear much fruit.” So we have to ask, “God, we want to bear much fruit for Your glory, but we don’t know how. So we are going to lay ourselves at your feet. We draw a message at your feet. We throw all our ideas and even part of our religious education, things outside of the Bible that we’re so sure about, and we come as children.” Just think what He can do there when we meet in Oklahoma. 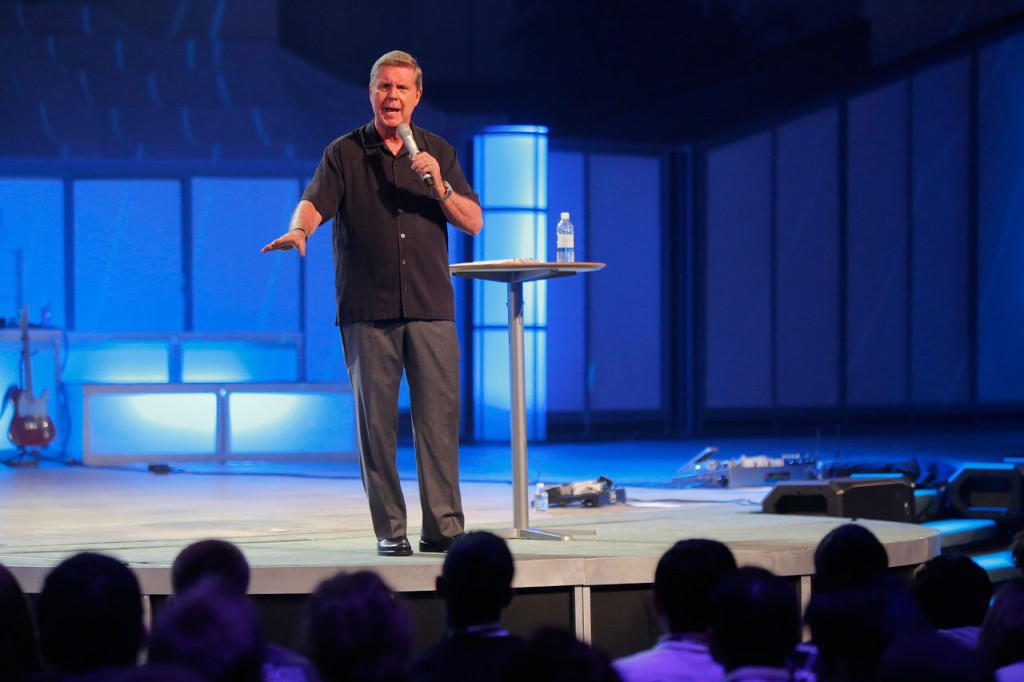