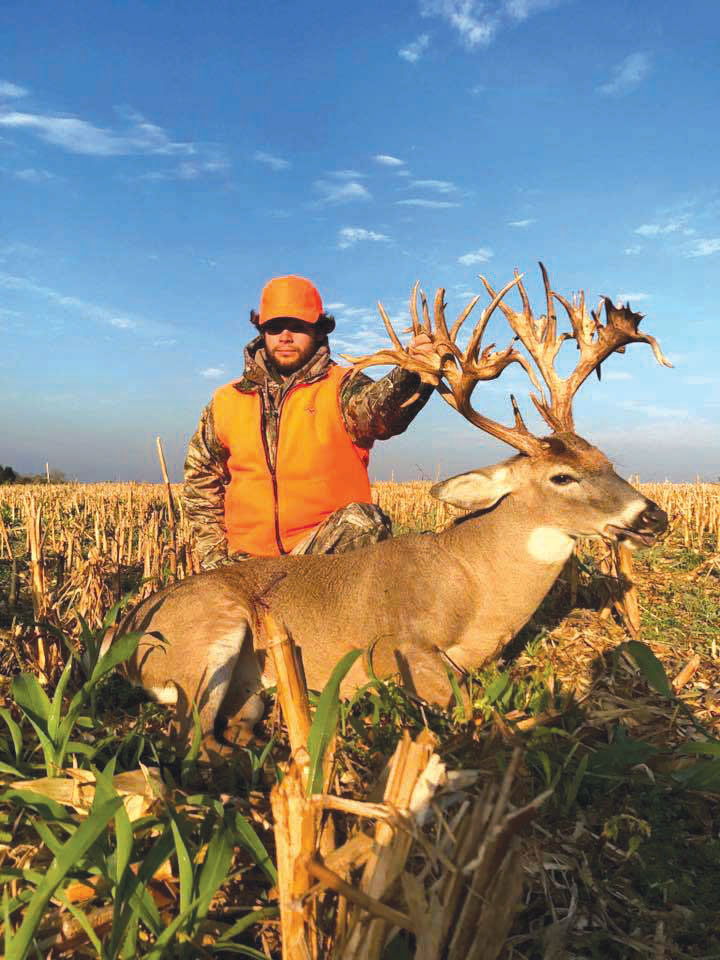 NASHVILLE (BP)—As his pastor said at Stephen Tucker’s baptism, it had been a good week. First he bagged a 47-point buck that may break the world record for largest antlers ever measured, then it was his birthday and then he followed the Lord in believer’s baptism.

Tucker, of Gallatin, Tenn., was baptized Nov. 13 at Hendersonville, Tenn., First, where pastor Bruce Chesser explained Tucker had been a believer for years but had not demonstrated his faith through baptism. Last week, Tucker decided it was time.

As he testified to the congregation that Jesus is his Lord and Savior, Tucker’s name was quickly making the rounds on Internet news sites as articles recounted how he pulled off every hunter’s dream.

Tucker, 27, first saw the prize buck on a Sumner County farm Nov. 5 and tried to shoot him with a muzzleloader, but the gun misfired.

“The first time I saw him Saturday he came out about 30 yards,” Tucker told WSMV-TV in Nashville. “I kind of locked up a little bit and I finally calmed myself down enough to shoot, and then my gun wouldn’t shoot.”

He saw the whitetail deer from about 150 yards away later that day, “but he didn’t get what he felt was a clean and ethical shot,” Field & Stream reported.

“That morning, he came out in front of me, but it was too dark to see,” Tucker told The Gallatin News. “He had a scrape right behind my blind. Thirty minutes later, I heard something, so I turned to my right and didn’t see him. When I turned back around, there he was.”

The buck was 40 yards away.

“I tried to focus,” Tucker said. “The other two times I had seen him, I was torn up. I had been coaching myself up this time.”

When Tucker shot the deer, the animal ran about 80 yards, according to The Gallatin News.

“When we went down there, we couldn’t find a blood trail. It wasn’t until about 50 yards that we found a good blood trail. I started to get nervous. I started wondering if I had taken a good shot. I was relieved when we found the blood, and in about 30 more yards, there he was.”

Tucker took the deer to a local bait shop, where the owner “was pretty speechless about it,” he recounted. The Tennessee Wildlife Resources Agency (TWRA) website “wouldn’t even allow him to check it in,” Tucker said. “It kept saying that it was an invalid rack point number. He had to write a manual ticket.”

The 47 points totaled more than 300 inches in length. Because the buck’s rack was so unique, Dale Grandstaff, a captain with the TWRA, measured it using Boone & Crockett Club requirements for non-typical racks, the agency said.

“When I first saw the buck, I thought this is going to be a state record for sure because it had about the same number of points as our standing record, but it surprised me when I measured it and it went above 300 inches,” Grandstaff said, according to a TWRA news release. “That is something you just don’t ever expect to measure as a certified scorer.”

The current world record buck, killed in Iowa in 2003, is 307 5/8 inches. Boone & Crockett requires a 60-day drying period during which the antlers of Tucker’s deer could shrink below world record status, TWRA said, but he’s almost certain to break the Tennessee non-typical record of 244 3/8 inches, which came from a buck also killed in Sumner County in 2000.

The antlers from Tucker’s deer are in a vault, and the rack will be measured again in January.

Meanwhile, he told The Gallatin News he plans on using every part of the trophy animal.

“We didn’t even let him hang,” Tucker said. “Once we skinned him, we cut him up and packed the meat.”

Tucker said he’s eager to see the dry score, which could set the new world record for non-typical whitetail deer.