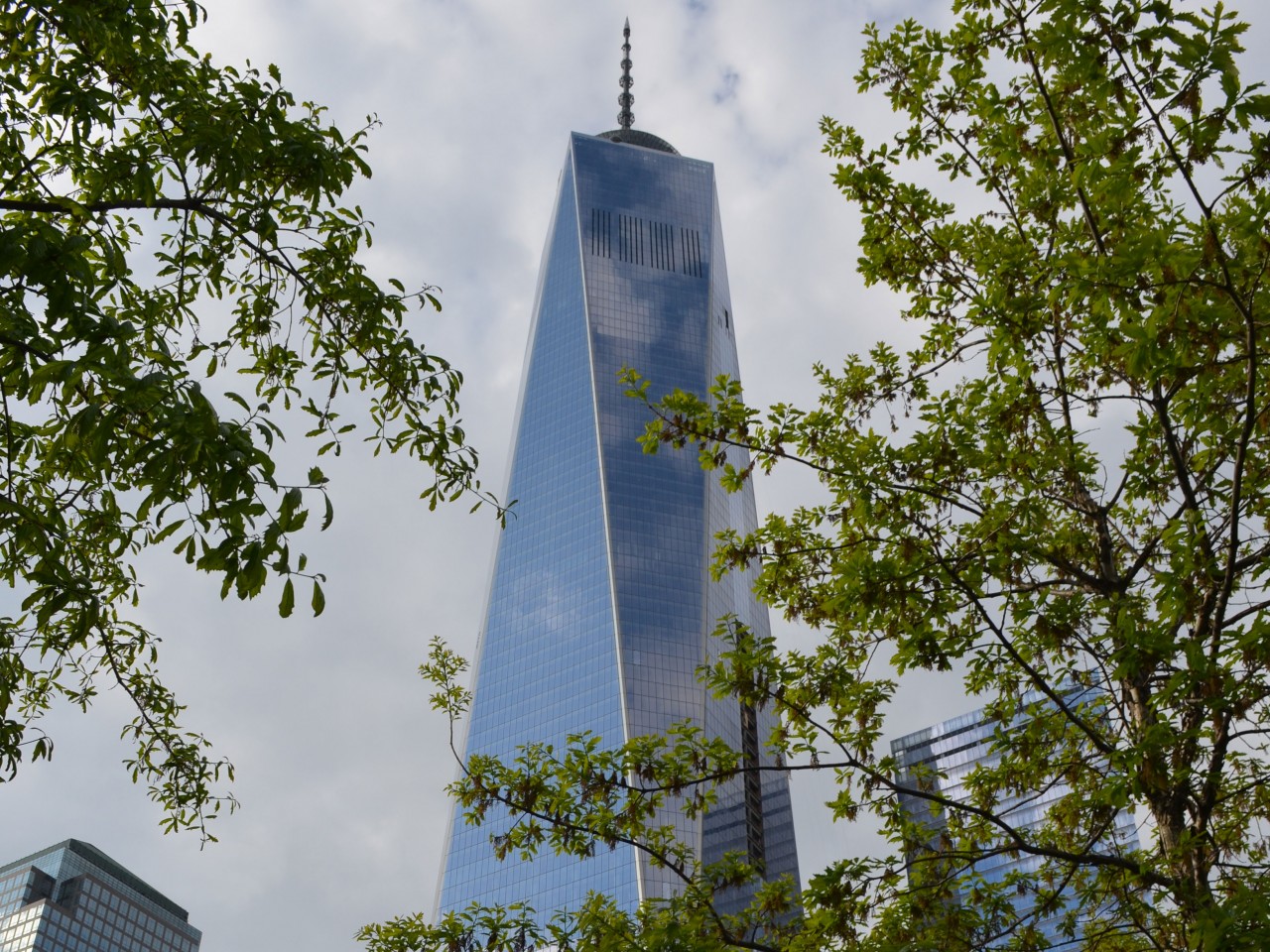 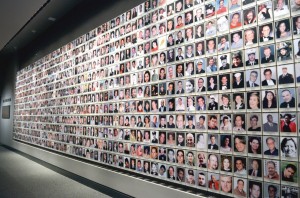 A wall displays the photos of victims of the attacks, putting “faces” to the tragedy.

NEW YORK—Almost a year to the day after he directed the response to one of the most destructive tornadoes in Oklahoma history, Baptist General Convention of Oklahoma Disaster Relief (DR) Director Sam Porter spent a quiet and reflective, but emotional, day at the National September 11 Memorial Museum on May 19.

Porter, who spent a total of 39 days in Lower Manhattan proving relief in the wake of the 9-11 terrorist attacks at the World Trade Center (WTC) in New York and the Pentagon in Washington, D.C. almost 13 years ago, was asked by national DR leaders with the North American Mission Board (NAMB) to represent the Southern Baptist Convention (SBC) at a special, by-invitation-only preview of the museum before it opened to the public on May 21.

The 9-11 attacks came in the days when disaster relief chaplaincy was in its infancy and had not yet been organized nationally. Mickey Caison, then NAMB DR director, called Porter when American Airlines Flight 11 and United Airlines Flight 175 smashed into the Twin Towers and asked him to collect a team of chaplains and get to “Ground Zero” as quickly as they could.”

Their experiences in ministry after the Bombing of the Alfred P. Murrah Federal Building in Oklahoma City on April 19, 1995.

Since 2001, Oklahoma now has 287 endorsed DR chaplains; nationally, there are 696, according to NAMB statistics.

Porter’s group of five chaplains got to New York three days after the towers fell and manned the temporary morgue at Ground Zero for almost two weeks.

His reflections of the memorial plaza and museum stem mainly from those first few days of ministry. 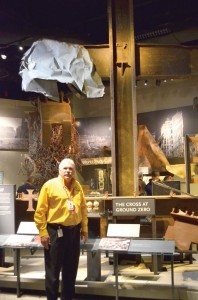 Sam Porter poses in front of one of the most endearing symbols of the aftermath of the 9-11 terrorist attacks, the Cross at Ground Zero.

“I think the biggest thing about the museum is that it truly tells the whole story of what happened at 9-11,” Porter said. “I believe my grandkids can go there 10 years from now and if they don’t know anything about it, they can walk through that museum and know everything that took place from the actions of national leaders to seeing everything that I experienced and knew first hand. They can catch it second hand, and it’s all very correct. It’s all done very well, it a very class act. I think it’s one of the best memorials I have ever seen, it’s so complete.”

The preview days were open only to first responders and rescue and recovery workers and survivors and relatives of those who died in the attacks on the WTC in 1993 and 2001, the Pentagon in Washington, and who were on United Airlines Flight 93, which crashed in Pennsylvania after passengers attempted to overtake the hijackers.

Porter’s voice became emotionally charged as he described walking with other visitors.

“We walked through with fire fighters who were there, and I saw people who worked in the towers and got out alive,” he whispered. “I heard a guy describing to his wife about where he was (In the building) and where he parked that day. I saw lots of family members sitting in the video rooms. Even some watching the videos of people jumping from the buildings.

“And, that probably got me more than anything, family members who lost a loved one who died in the towers. Thirteen years later, I’m still pretty tender on that because we worked the morgue and they brought the bodies out and we saw hundreds of body bags come through. But we don’t know if all of the people who died there, we may have handled the body bags of the relatives of some of those we saw today, and my heart just really breaks for that.”

Porter contemplated that for a moment, then added,  “And, seeing some of these firemen—who lost 343 brothers—that’s still pretty emotional for me.“

Porter’s cumulative month of service in New York has been a milepost in his life.

“That has been a major part of my life and ministry, and so I feel honored to get to go on behalf of the Southern Baptist Convention,” he said. “I was thrilled that they asked us to go, because our leadership called us to be the first to respond to coordinate the chaplaincy, not knowing what that would be, but when we got there, God knew what we needed to do.”

The museum’s 100,000 square feet of exhibition space is actually located deep within the archaeological heart of the WTC.

The original WTC complex consisted of seven buildings, spanning 16 acres. It housed office space, an observation deck, the “Windows on the World” restaurant, and an underground shopping mall. It served as a transit hub for New Jersey PATH train and New York City subway riders. About 50,000 people worked at the WTC complex, with another 40,000 passing through daily.

“I learned more about some of the flights, even down to the terrorists,” he commented. “It had a display about the radical Muslim agenda, and I was pleased to see that they did not shy away from that trying to be politically correct. They showed exactly how Al Qaeda expanded and what they’re doing. They were very fair about that.”

The 9-11 Memorial Plaza, also is magnificent, he said.

“The architecture of the whole things is beautiful. The memorial pools are the exact dimensions of the buildings—exactly where they stood—and like an eternal fountain of flowing water, instead of an eternal flame. They had the names of everyone who died etched in the borders of the pools and that was very well done, too. It is beautiful, and will be there until time is over. It’s just a place of comfort with hundreds of trees.

Porter was disappointed with only one aspect of the memorial and museum.

“They never said anything about our (SBC) part in the whole event,” he said. “We helped prepare 1.29 million meals from the first week of October with the Salvation Army until the landfill closed in July 2002.

“We had a Southern Baptist team there every single day from the first week in October to the end of July. And every state got to send teams.”

“But, the museum was well done; I think any family member who lost a loved one who goes will be impressed, just like we are at the National Memorial in Oklahoma City at the site of the Murrah Building. That is a very well done memorial and class act with reverence and honor to those who died, too.”