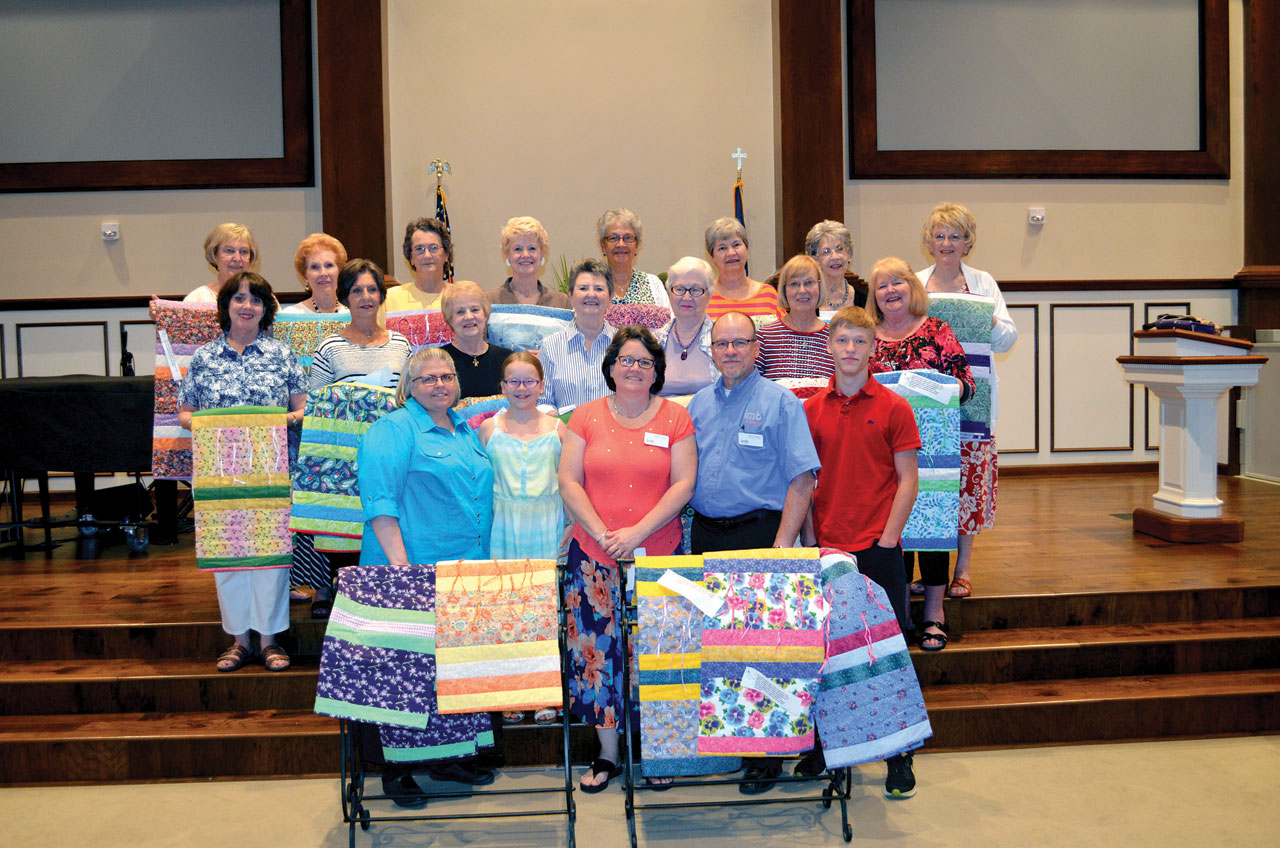 It can get really cold in Russia, and a good quilt can help stave off the chill of a long winter’s night. But, 45 wives of Russian Baptist Union pastors soon will find their hearts warmed even more than their chilled bones, thanks to members of Oklahoma City, Southern Hills.

The congregation gathered the evening of Aug. 30 to “commission” 45 colorful quilts made by the Southern Hills Prayer Quilt Ministry. The quilts will make their way in the near future to Russia, carried by International Mission Board (IMB) missionaries Teri Blanton, a member of Southern Hills, and missionary family Clint and Janet Stewart and their children Peter, 17, and Mary Katherine, 10, presently on furlough in Texas. Blanton and the Stewarts will serve together when they return to Russia in their as-yet-unnamed ministry location.

Blanton, who has served in Russia since 2007, previously ministered near the Ural Mountains, the “gateway” to Siberia, while the Stewarts were in St. Petersburg.

Blanton worked for many years with Oklahoma Baptist Homes for Children in foster care and adoption services before being called to the mission field at age 45. Through a divine appointment, the Lord put her in touch with the Stewarts, who were seeking to adopt a child, and she helped arrange the adoption of their son, Peter, who was with them at the Aug. 30 service. The Stewarts also have two adult children, Ethan, 24, and Emily, 21, a senior at Baylor University.

Clint Stewart said the quilts will be a wonderful way to be used as an “ice breaker” to help him and his wife minister to the Russian pastors’ wives. The Stewarts asked the Southern Hills congregation to continue to pray for them and Blanton as they anticipate finding out where they will serve, and as they return to the mission field.

During the special service, members of the church were asked to gather around the quilts—which were spread around the church’s chapel, either on quilt racks or on the pews—and pray specific prayers printed on a piece of paper which was pinned to each quilt. Each quilt had ribbons on it, and after a prayer was voiced, the instructions were to tie a knot in one of the ribbons. When the evening was over, each quilt had many knots tied in each ribbon.

The Southern Hills quilting ministry began with five women; they now have 18 who meet each Monday from 10 a.m.-3 p.m., beginning with prayer. The ministry began in October 2012, and the group has since presented 425 quilts to various individuals and groups, including 25 recently to Korean War veterans. The group also has given quilts for baby dedications and is working with Resthaven Funeral Home to present a memory quilt to parents who have lost a newborn.