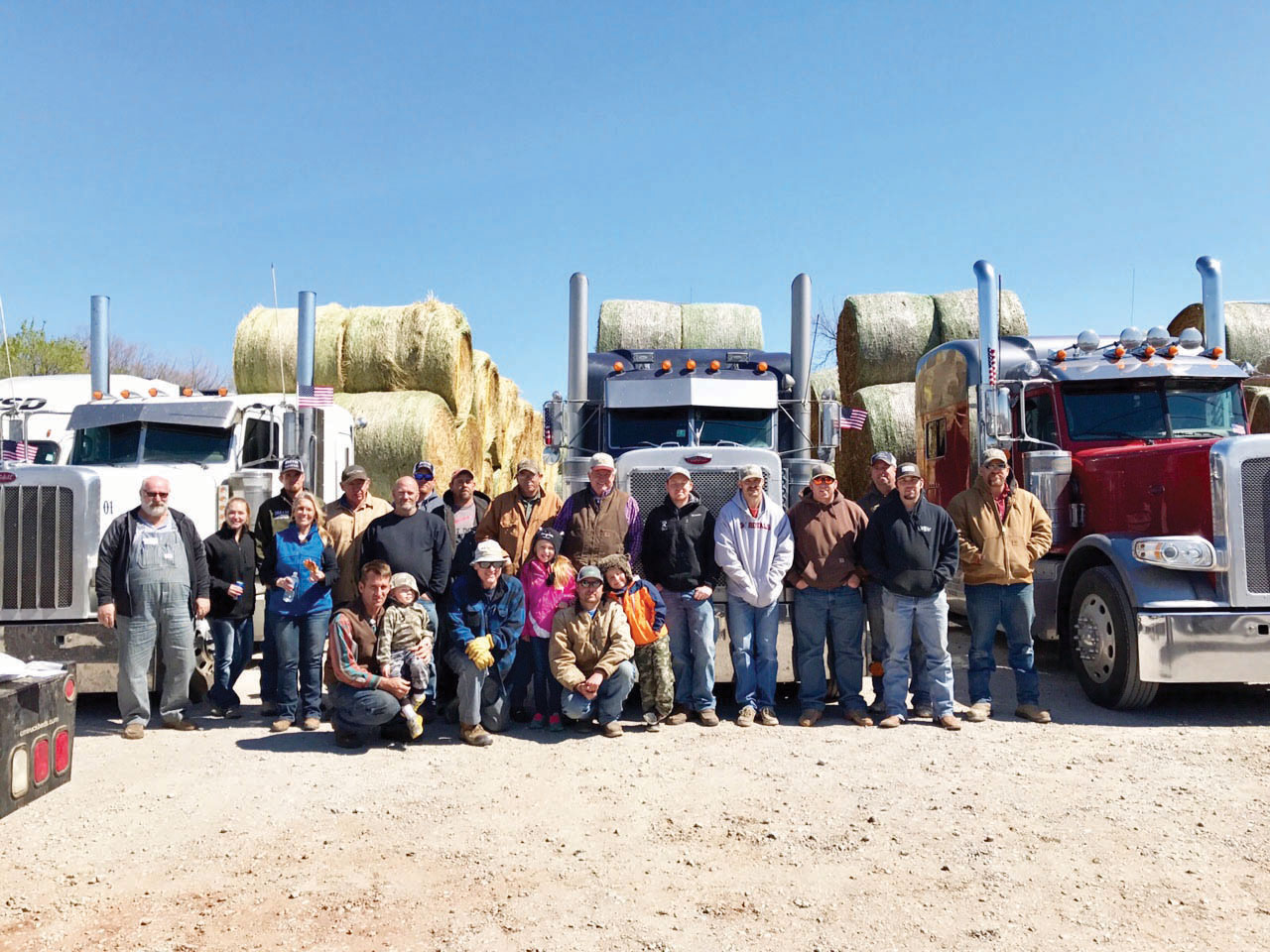 Oklahoma Baptist Disaster Relief has received an overwhelming amount of hay bale donations to help those affected by the outbreak of wildfires in Northwestern Oklahoma.

Sam Porter, state director of Oklahoma Baptist Disaster Relief (DR) said, “We put our need for hay on social media and within just a few days, thousands of hay bales had

been donated. We’ve had over 6,000 bales offered to us, but it is overwhelming since we don’t have that kind of transportation to get them here, but with God all things are possible.”

To put the great amount of hay that has been donated into perspective, the price of hay bales can range between $40 and $60 a piece depending on the type of hay.

“We still need lots of people to come forward with trucks. It’s not just a one-time thing. There were between 1,500 to 2,000 heads of cattle who died in Oklahoma alone, but those who survived had their grassland destroyed,” explained Porter. “The cows need nourishment just like all of God’s creatures and their ranch is currently covered with

More than 1.3 million acres have burned in Oklahoma and Kansas combined and it is expected to be mid-April before the grass will grow to a size that can maintain the cattle.

Ranchers have been overwhelmed with the response of the donations.

Porter remarked on the impact the hay donations have had on the farmers and ranchers in need saying, “There are so many people out there that don’t know the Lord, but with this movement of hay, they see people’s faith in action and it becomes personal to them.”

Currently, hay has been delivered to Beaver, Ellis and Harper counties, then dispersed to local farmers in need.

“In addition to the resources these people need, flatbed trailers are needed to deliver them,” said Porter. “It will take many trips to deliver this generous donation.”