Partnership missions: A journey ‘Off the Map’ 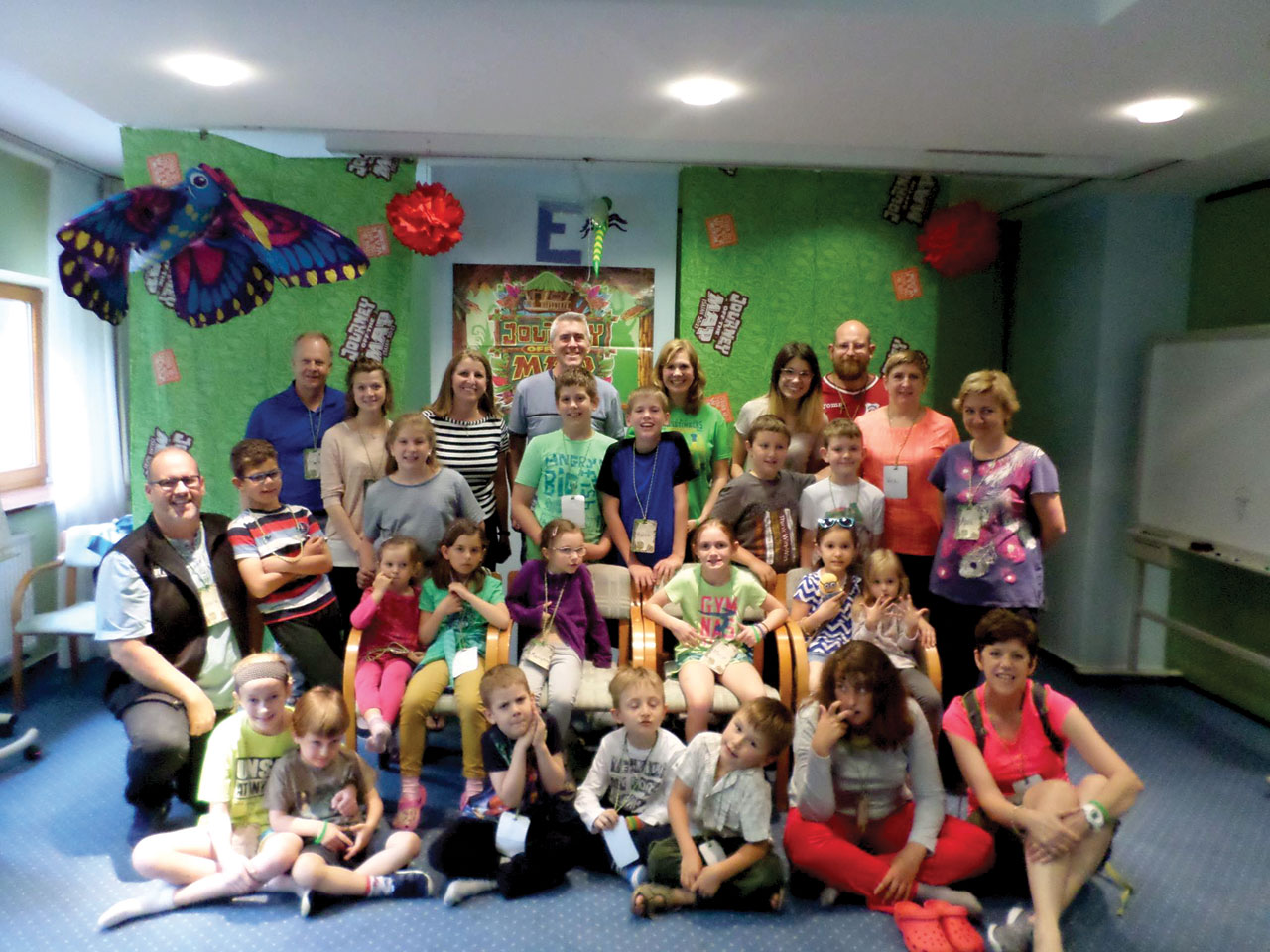 Members of Oklahoma City, Quail Springs (QSBC) recently took the Vacation Bible School (VBS) “Journey Off the Map” theme literally. A group of 11 flew from Oklahoma City to journey off the map of the North American continent to land in the European city of Krakow, Poland.

The first family mission trip of its kind at QSBC consisted of a mixed group of adults, teens, and children from four different families. As missionaries for a week, they taught the “Journey off the Map” VBS for 17 children ages 3-12, including 11 internationals, four MKs (missionary kids) and two children from QSBC at an English family camp (a new concept for the Polish) hosted by local International Mission Board (IMB) personnel in beautiful, mountainous Zakopane, Poland.

After spending one night in Krakow, the group toured the amazing city of Krakow, ate Polish cuisine, and shopped for souvenirs. In the afternoon, they left for Zakopane (1.5 hours south of Krakow) to prepare for the family camp in a local hotel/conference center.

The QSBC team was also greeted by an IMB media team from Europe, who filmed and photographed the first three days of camp and interviewed many of the QSBC team. They will use the footage to make a “KOM (Kids on Mission)” IMB video that should be completed in October to encourage future family mission trips.

God used each of the QSBC members in a special way to make the family camp a success. With the help of translators, the adults of the group and a 12-year-old girl taught Bible, crafts, recreation, American holidays, service and music during the four hour VBS. In addition, two other adult volunteers joined the team. The first was a man from Wales who taught children English. The second is an Oklahoman now living in Poland, who is the daughter of QSBC’s Mark and Laurie Fryklund who were on the trip.

The children from QSBC were a vital bridge for the Polish children. Even though they could not speak the Polish language, their smiles and playful interaction with the internationals from the time they all met made the Polish children comfortable to come to VBS. The two 14-year-old QSBC teenage girls became an important link to the small teenage group at camp. They roomed with a Polish girl the same age who spoke English fairly well. Every member of the diverse team had an important role.

Besides teaching VBS five mornings, the adults also taught the children a couple of hours in the evening so the children’s parents and other adults could continue English lessons and Bible classes. The group also spent time with internationals and local IMB personnel during the free hours of the afternoon and one sight-seeing day. Many friendships were deepened and developed at the week of camp.

According to the article “What About the 40-70 Window?” on the IMB website, “Less than 2 percent of Europeans are evangelicals, and the vast majority has no view or a greatly distorted view of God and the Gospel.” The majority of Polish people are members of the Catholic church (even if they rarely attend), and many do not have a personal relationship with Jesus. All campers (adults, teens and children) heard the good news of the Gospel this week. A lady who grew up in the Catholic church reported she received Jesus as her personal Savior at camp!

When camp was complete, the QSBC group piled on a bus to return to Krakow. Because of heavy traffic, the 90-minute bus ride became a four- hour bus ride. Immediately after arrival, some of the group took a sobering tour to the Auschwitz-Birkenau concentration camps.

The youngest children toured more of Krakow with two MKs (Missionary Kids) and their mom. When the two groups convened in the hotel for the last night, the leader announced the early departure time of 5 a.m. After a 21-hour travel day, the group safely arrived home with many stories of their “Journey off the Map.”

View all posts by Stacy Neuschaefer 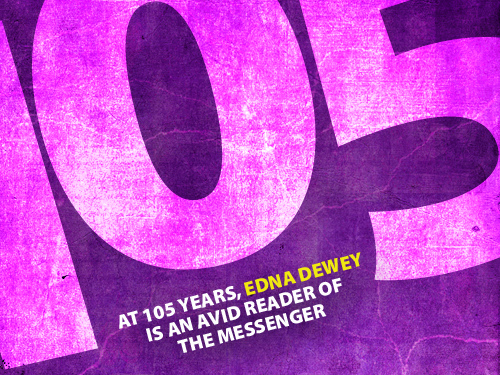 At 105 years, Edna Dewey is an avid reader of the messenger 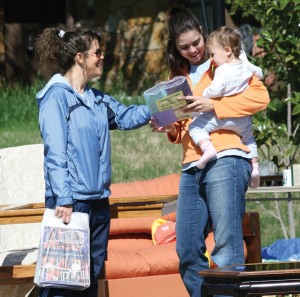 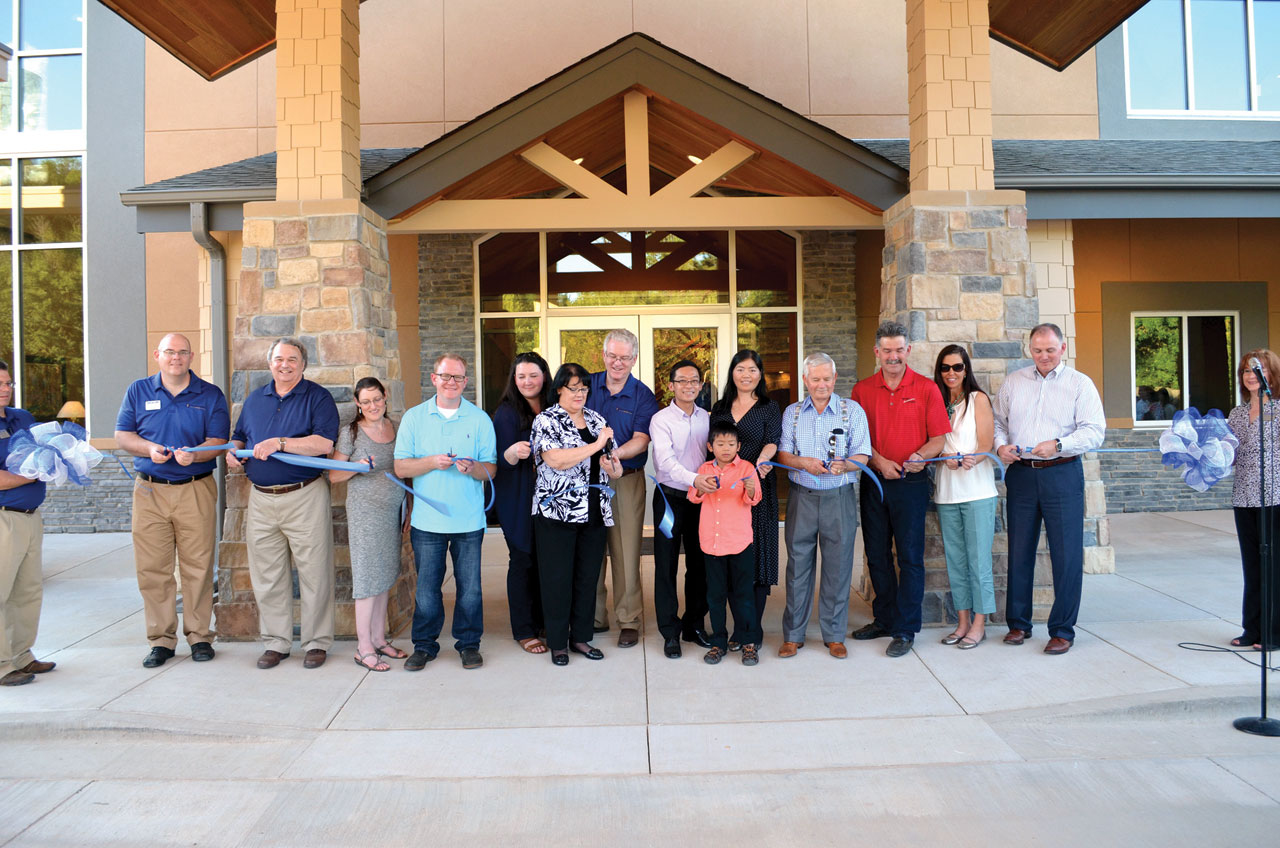