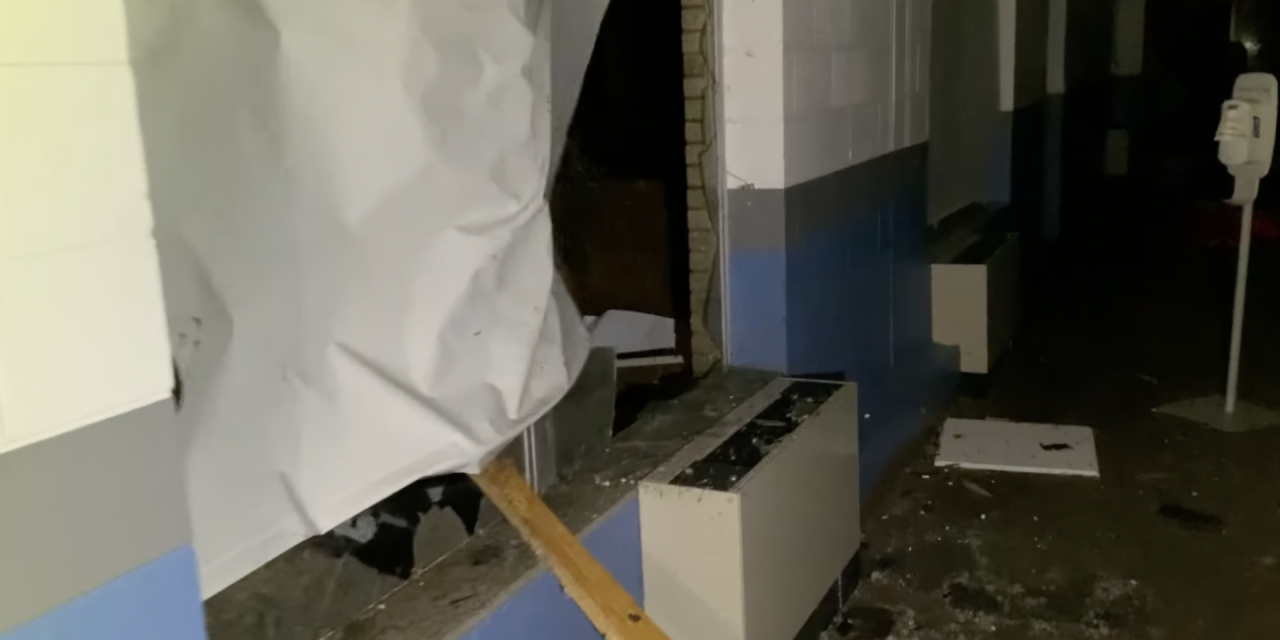 Above: Mayfield, Ky., First suffered significant damage after a strong line of storms swept across five states overnight Friday and Saturday. Dozens of lives were lost due to tornadoes and straight line winds that blew across Arkansas, Illinois, Kentucky, Ohio and Tennessee. (Photo taken from Facebook)

MAYFIELD, Ky. (BP)—A line of severe storms ripped across five states under the cover of darkness Friday night and Saturday morning leaving death and destruction. Leaders in Arkansas, Illinois, Kentucky, Ohio and Tennessee began assessing the loss of life caused by the tornadoes and hurricane-force straight-line winds long before sunrise Saturday, according to the National Weather Service.

In Kentucky, Gov. Andy Beshear held a 5 a.m. press conference where he speculated there could be as many as 70-100 Kentuckians killed due to the storms. Dozens of the fatalities are believed to be in Mayfield where a candle factory took a direct hit as more than 110 workers were on site.

One tornado stayed on the ground for 227 miles, according to Beshear, stretching across numerous states. Early reports indicate it passed through Bremen, where at least 10 people were killed.

A direct hit to a nursing home in Craighead County, Arkansas, left at least one dead and several injured at Monette Manor, according to Marvin Day, county judge-executive.

The Tennessee Emergency Management Agency is reporting at least three dead across Tennessee. Two people were killed in Lake County and one in Obion County.

Police reported at least one fatality in Edwardsville, Illinois, as a tornado hit an Amazon distribution site.

“Kentucky was hit hard,” Gray told Baptist Press. “We do not know the full extent of the damage, but we do know that God will help us and Kentucky Baptist Disaster Relief, as well as other state conventions,” he said.

Gray asked people to pray for Kentucky and the other states affected by the storms. “We will pull together today and in the weeks ahead to serve our neighbors in the name of Jesus,” he said.

Mayfield, Ky., First experienced significant structural damage. “Our campus was severely damaged tonight. Basically, every part of our campus will need to be repaired/restored,” Wes Fowler, pastor of Mayfield, First, posted on Facebook.

“We sometimes need to be reminded that the facility where we worship is not the church – ‘we’ [the people] are the church, the body of Christ,” he said. “We always teach this truth, but now we’ll have to live it.”