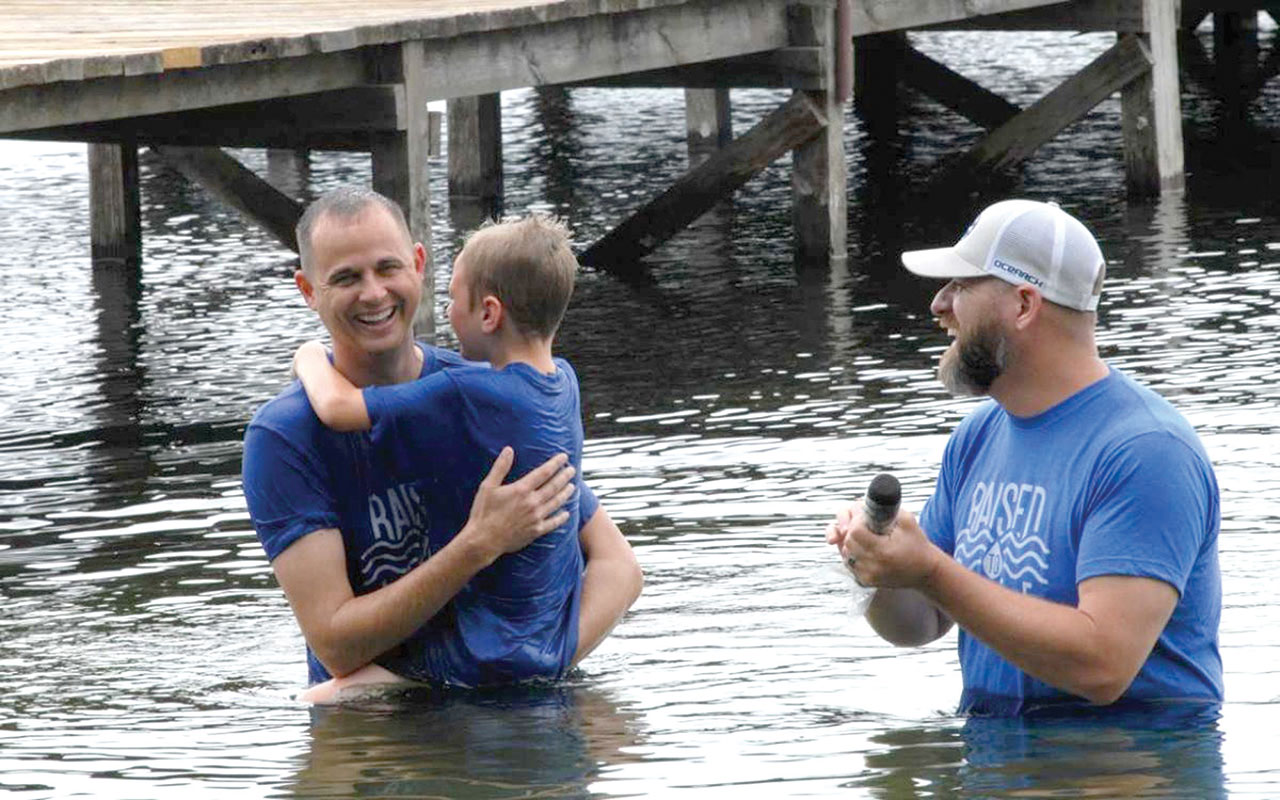 UMATILLA, Fla. (BP)—On a Sunday in April, pastor Brooks Braswell encouraged worshipers to praise God for the many blessings He is showering down on the church.

“Last Sunday, in all of our morning services and in our baptismal service God brought the blessings,” said Braswell, pastor of Umatilla, Fla., First, which is located in a lake community. “He showed up in a big way.”

Braswell baptized 53 people between ages 6 and 87 at picturesque Lake Pearl just a mile down the road. The 53 who were baptized are among more than 200 people who have professed their faith in Christ as their Savior in the past several months at the church. About 200 well-wishers attended the afternoon baptism and were all smiles as they clapped for each participant.

With the many recent professions of faith, high church attendance and the sheer wonder of it all, Braswell exclaimed, “Isn’t this crazy, this is Umatilla!”

Umatilla, 40 miles northwest of Orlando, has a population of 2,900. The church averages 1,500 to 1,700 in attendance at its three services on Sunday, which are broadcast locally and streamed over the internet. Worshipers from all backgrounds come from Lake County as well as the greater Orlando area and beyond. The church has received 102 new members this year and has recorded some of its highest attendances. At Easter, the church totaled 2,240 people attending four services, including a sunrise service. The overflow crowd was seated in the church’s multi-purpose room when the sanctuary services became full.

But when the 38-year-old Braswell, who has led the church the last 10 years, tried to answer why this is happening, he gives all the glory to God.

of Christ and for its “bond of unity that stands out right now.”

In addition to its regular classes and ministries, the church reaches out to the community through numerous events and special programs including summer youth camps and women’s conferences. 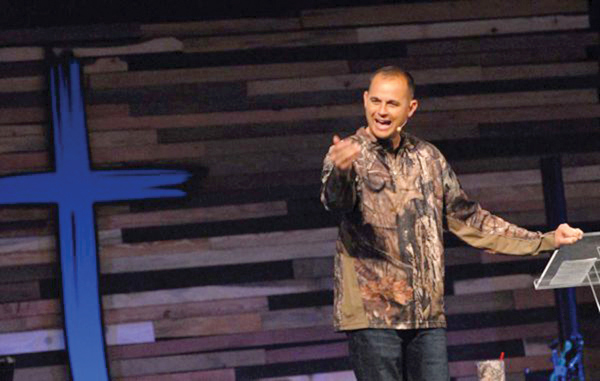 The church sponsored a Fishing League Worldwide event in which pro fishermen shared both their expertise and their testimonies with more than 500 people, half of whom were guests. Afterward, that Saturday evening at a church dinner, more than 100 people accepted Christ. Two weeks later, an evangelistic group, The Power For Life Team, visited the church on three weeknights and more than 60 professions of faith were made.

The church creates opportunities for people to invite others to visit, Braswell said. Appealing to outdoorsmen, the church recently held a skeet shooting event, a wild game dinner and its popular “Camo Sunday” when members and visitors alike came dressed in camouflage gear.

Braswell wore a camouflage shirt and boots and carried a “camo” covered Bible and water bottle as he preached. Showing he is a good sport, Braswell is always willing to go the extra mile. Last year on “Camo Sunday,” he preached from a tree stand. He has fished from the stage, broken planks of wood with the “Power For Life” team and has donned various suits from “Superman” to “Woody” in Toy Story.

Braswell said people ask him why he would do all that. He answers them, “to reach people with the saving knowledge of Jesus Christ.”

View all posts by Laura Sikes