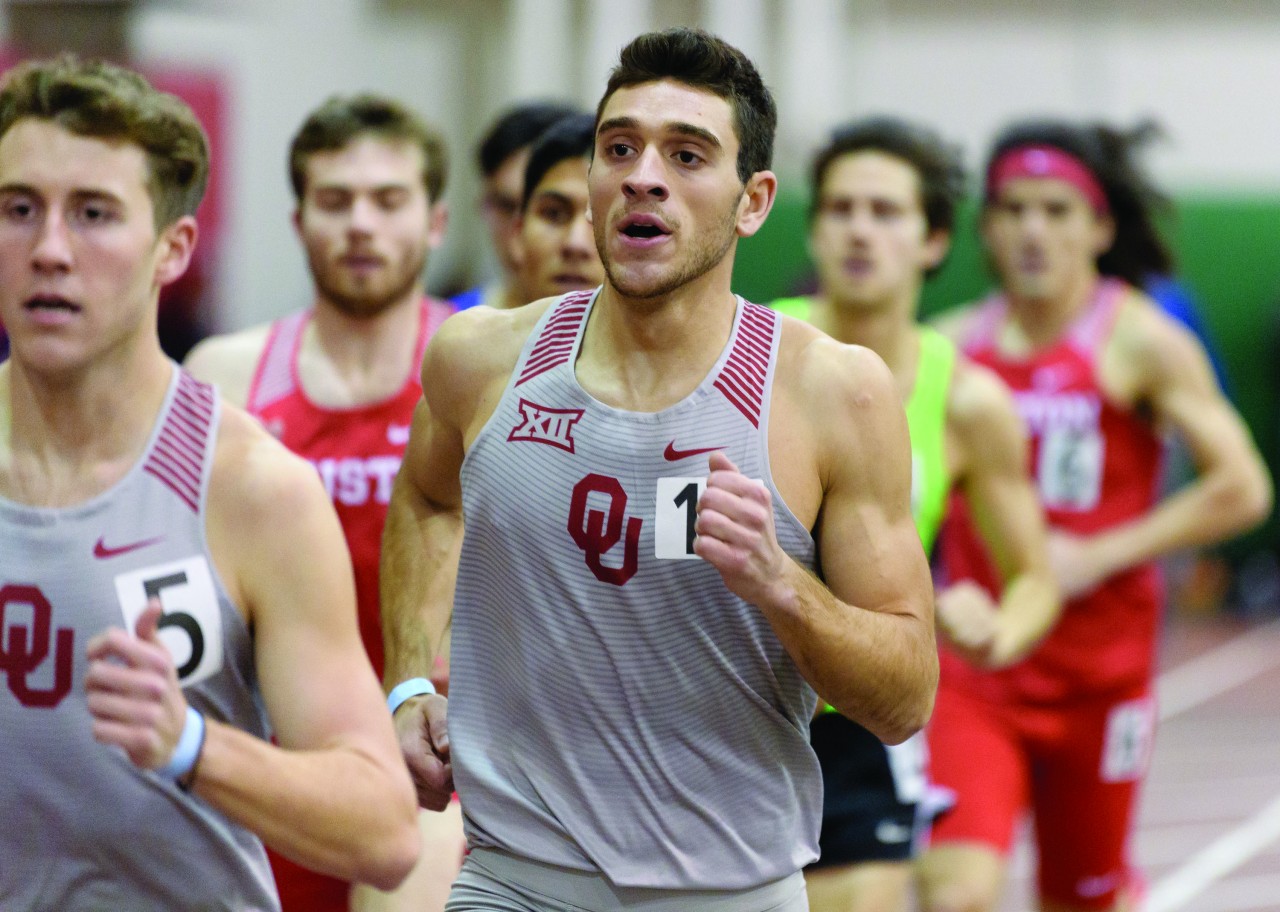 NORMAN—Andrew Doherty is his formal name, but those who know him best call him “Adoh.”

He transferred to the University of Oklahoma (OU) in 2017 after running track at Providence College, where he earned three all-conference honors as a distance runner. Adoh came to OU, thinking it would help him pursue a career in running.

Growing up in Boston, Adoh had no previous knowledge of what it meant to be a Christian. He found out later that less than 3 percent of the Boston population claimed Jesus as Lord and Savior. But once he came to Oklahoma, his exposure to Christianity grew extensively. 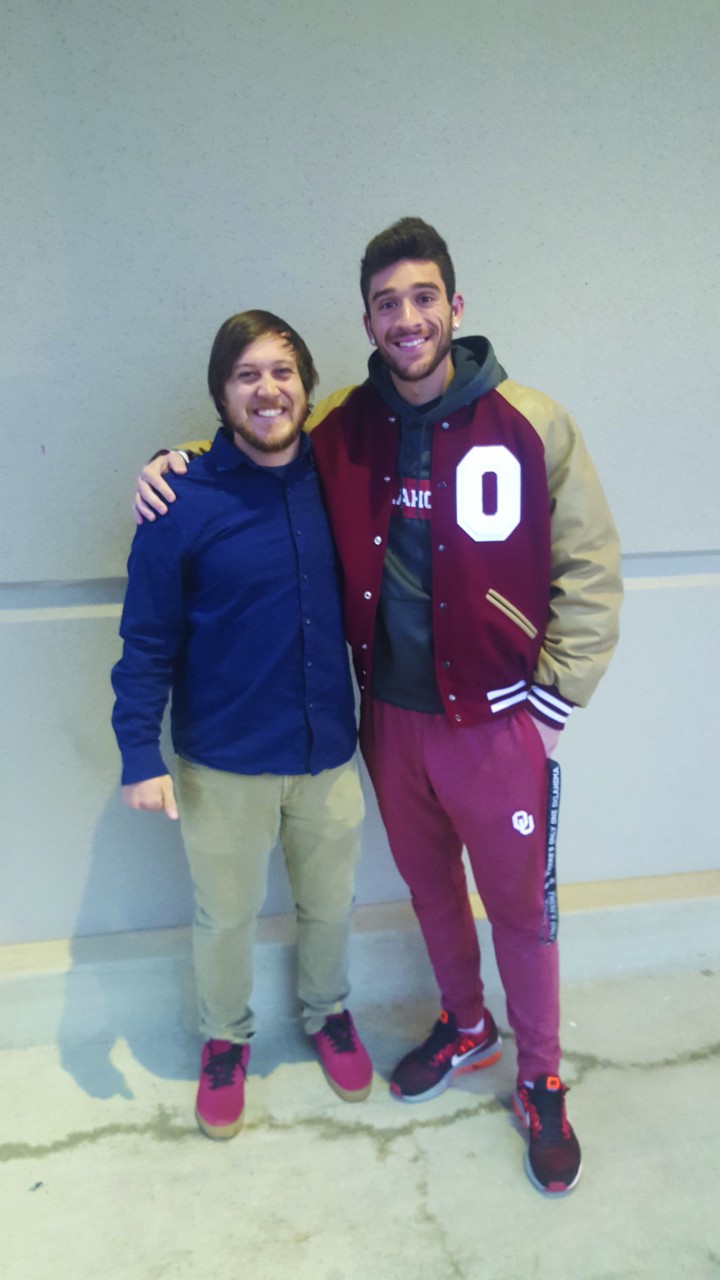 “There were multiple people who would talk to me about Jesus,” Adoh said. “I thought ‘What is up with these Southern people and Jesus?’”

A girl he met on the OU softball team invited him to church. A strength coach shared his testimony with Adoh. “I felt like I had a sign on my forehead that said, ‘This kid needs Jesus,’” he said.

Adoh appreciated the many people who would share Christ with him, but he did not take what they were sharing seriously. He came to OU so that he could continue his pursuit of being a professional runner. He also became the captain of the OU track team, so running competitively and leading his teammates was all he was focused on doing.

That all changed last summer. While at the Olympic training center at Colorado Springs, Colo., Adoh met a guy named Cheyton, a former athlete who introduced himself as a missionary. Cheyton met Adoh when he was having a hard time after a training session. Discouraged, Adoh thought he would listen to what Cheyton had to say. When Cheyton offered to buy him dinner, Adoh definitely let Cheyton talk to him.

He got more than a free meal. As Cheyton was talking to him about Jesus, Adoh started to become more interested.

He still had a lot of questions, but Cheyton encouraged Adoh, helping to see Jesus in a different way.

At a second meeting, Cheyton brought a friend with him to talk to Adoh. They talked about giving up everything to live for Jesus. This was a bold concept for Adoh because all he knew in his life revolved around running. There was no way, he thought, he could give up running.

Cheyton and his friend encouraged Adoh to have a time of prayer. During this time, Adoh prayed for the first time.

“I didn’t know what to say,” Adoh recalled. “I just started apologizing to God. But then I remembered saying, ‘God, if you are real, prove it to me.’”

Right then, Adoh said he lost feeling in his legs. He, Cheyton and Cheyton’s friend were in a circle, and he had to grab a hold of both of them in order to not fall.

Five minutes later, he was able to stand on his own, but it was enough to totally change his life. “I took a 180 in a matter of five minutes,” Adoh said.

In less than a week, Adoh was back at OU for move-in day for the fall semester. This is when he met Bronson Baker, a campus missionary through the OU Baptist Collegiate Ministry.

“The first thing Adoh told me is ‘I’ve been a Christian for five days,’” Baker said about meeting Adoh. “He is fired up for the Lord.”
Baker and Adoh got to meet over lunch and talk about the importance of discipleship. This is when Baker found out Adoh was reading the Bible for the first time.

“I started explaining to him what Jesus did in investing in these 12 guys,” Baker said. “For three years, Jesus gave them everything He had. As a side note, I said ‘Only 11 of those guys worked out.’ He replied, ‘No, no, no! I just read something about that. Two of them didn’t. That one guy denied Him three times.’ Then I realized he hasn’t even got to the point in John where Jesus restores Peter. So I told him, ‘Man, you’ve got to keep reading.’ And he’s been in the Word every day ever since and growing.”

Adoh told Baker that he wanted to start a Bible study and invite others from his track team. “God was putting in my heart a passion to help other people,” Adoh said. “I told Bronson, ‘I want to start a Bible study, but I don’t even know the Bible,’ and he said to me, ‘If you get them there, I’ll help you lead it. Together we will lead the Bible studies.’”

The first time they met was in Adoh’s apartment with five others. Then Adoh went to the track coach to see if they could use the track team room to have a Bible study.

“The track coach was blown away,” Baker said. “He knew how Adoh was when he first came to OU, and it totally caught him off guard when Adoh asked to use the team room for a Bible study.”

Throughout the fall semester, Adoh and Baker led a weekly Bible study. When Adoh got up, as team captain, during the team meetings to talk, he ended his time inviting his teammates to the Bible study. He said the Bible study has grown to having more than 20 people attend.
With the spring semester beginning, Adoh is looking forward to what new people will attend the Bible study.

“People come up to me, thanking me,” Adoh said. “’You are helping me grow closer to Christ,’ they tell me. I tell them it’s not me, it’s the Lord.”

Adoh is still committed to pursuing his goals as a professional runner, but now his focus is different.

“I want to minister to as many people as possible,” he said. “My life is now totally devoted to Him. This gift of running is from Him for me to glorify Him. I recognize that this isn’t me doing the running. As long as He allows me to run I will give Him glory.”

Just as the common phrase says “Life is a marathon not a sprint,” Adoh’s race in his spiritual journey is just beginning.