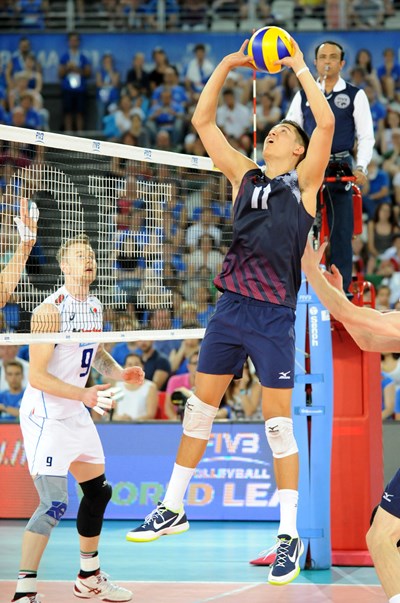 He thought so, too, until he got there. He couldn’t speak the language and was living alone for the first time in a foreign country. He didn’t have any friends on the team. And then he got sick the first week. 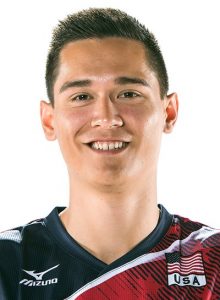 “I’m throwing up, and I’m sitting in my apartment alone,” he told Baptist Press. “I’m like, man, this is a lot harder than I thought. I can’t talk to anybody because there’s a language barrier. I can’t ask somebody where the eggs are in the grocery store.”

But during that time, Christenson said, he learned what it meant to depend upon the Lord.

“It really allowed me to really just surrender to God and to give everything to him because I really had no control over what things were happening there,” he said. “I was just begging God to take everything, just trying my best to trust in everything that He had for me there.”

A member of the U.S. men’s volleyball team competing in the Olympics and native of Hawaii, Christenson has Christian parents to thank for giving him a foundation of faith at an early age. His full name is Micah Makanamaikalani Christenson, with his middle name meaning “gift from heaven.” His mother needed surgery while she was pregnant with him, and his survival was questionable.

He attended church and Sunday school regularly, learning about the Bible and the Gospel. When he left the island to attend the University of Southern California, however, he realized that the time had come for him to make his own decisions about what he believed. No longer could he just go along with what his parents had taught him.

He got involved early in Athletes in Action, a campus-based sports ministry, eventually becoming a student leader. 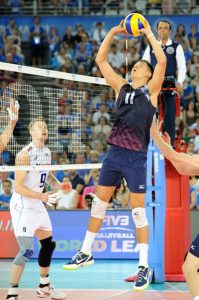 U.S. Olympic volleyball player Micah Christenson says regardless of the outcome in Rio, relying on God and living for Him is “enough.”
Photos courtesy of FIVB

As for volleyball, Christenson comes by it naturally. The sport is huge in Hawaii, and his mother played in college. He started playing young, participated in youth and junior national teams for the United States and played at the University of Southern California before turning professional and moving to Italy. The challenges he faced there gave him the opportunity to spend more time reading the Bible, and he began to understand the words in James, “Consider it pure joy when you face trials of any kind.”

His situation gradually improved, helped in part by a group of friends from the national team with whom Christenson would participate in a weekly Bible study over Skype. And about halfway through the year, his U.S. teammate and fellow believer Reid Priddy joined him in Italy, giving him even more opportunity for Christian fellowship.

This year in Rio is Christenson’s first Olympics experience. It could end up being shorter than he expected. The U.S. men’s team is 0-2 in pool play and in jeopardy of being ousted before the quarterfinals if the squad can’t make a turnaround.

Regardless of the outcome, Christianson acknowledged that he wants to shine God’s light around him by being steady and faithful in all that he does. When it comes to relying on God and living for Him, Christianson notes, “that’s enough.”