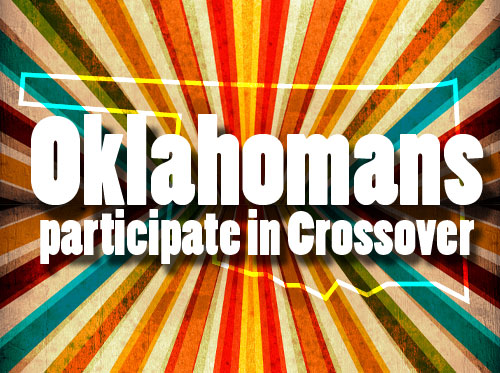 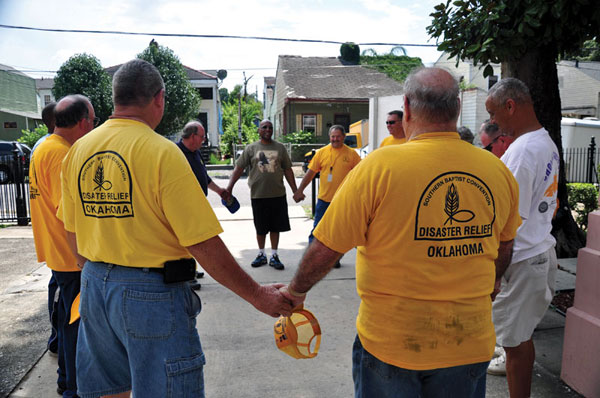 The Oklahoma Disaster Relief Team prays with Cornelius Tilton, pastor of New Orleans’ Irish Channel Church before the block party they helped with. 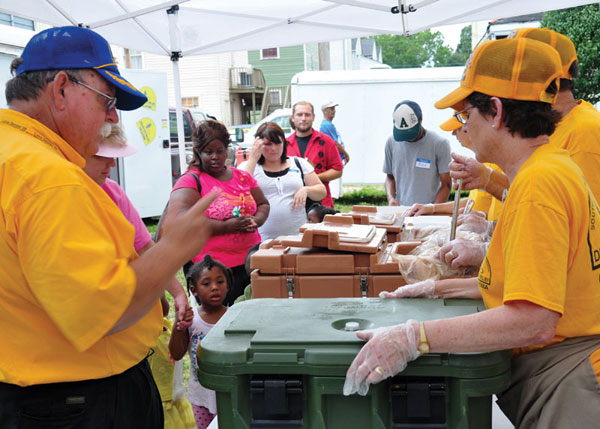 The food preparation team serves red beans and hot dogs to participants. Rice was served with the red beans, but in New Orleans, when you say red beans, it is assumed they come with rice. 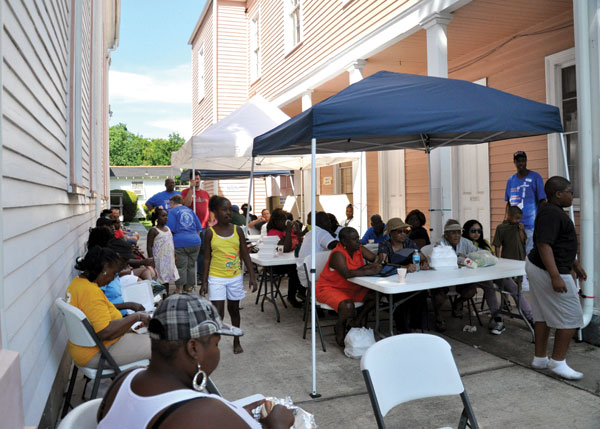 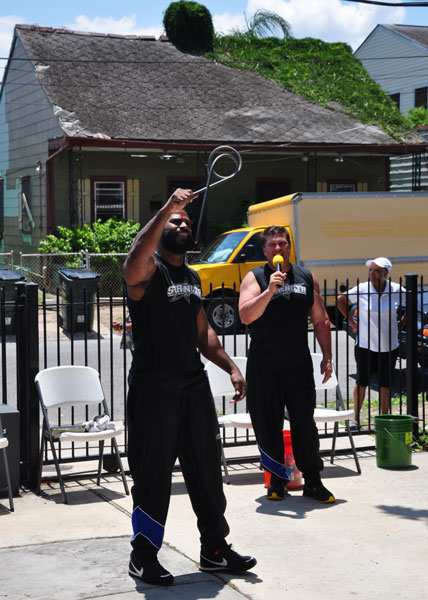 William Green, left, and Mike Hagen, president of the Strength Team, which was brought in by SBC for all block parties to give their testimonies and perform acts of strength to draw the crowds. 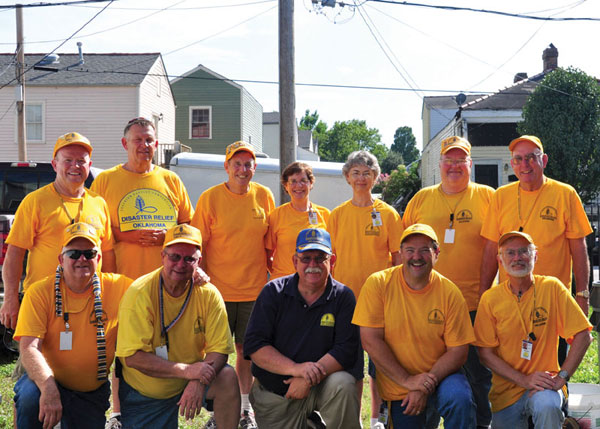