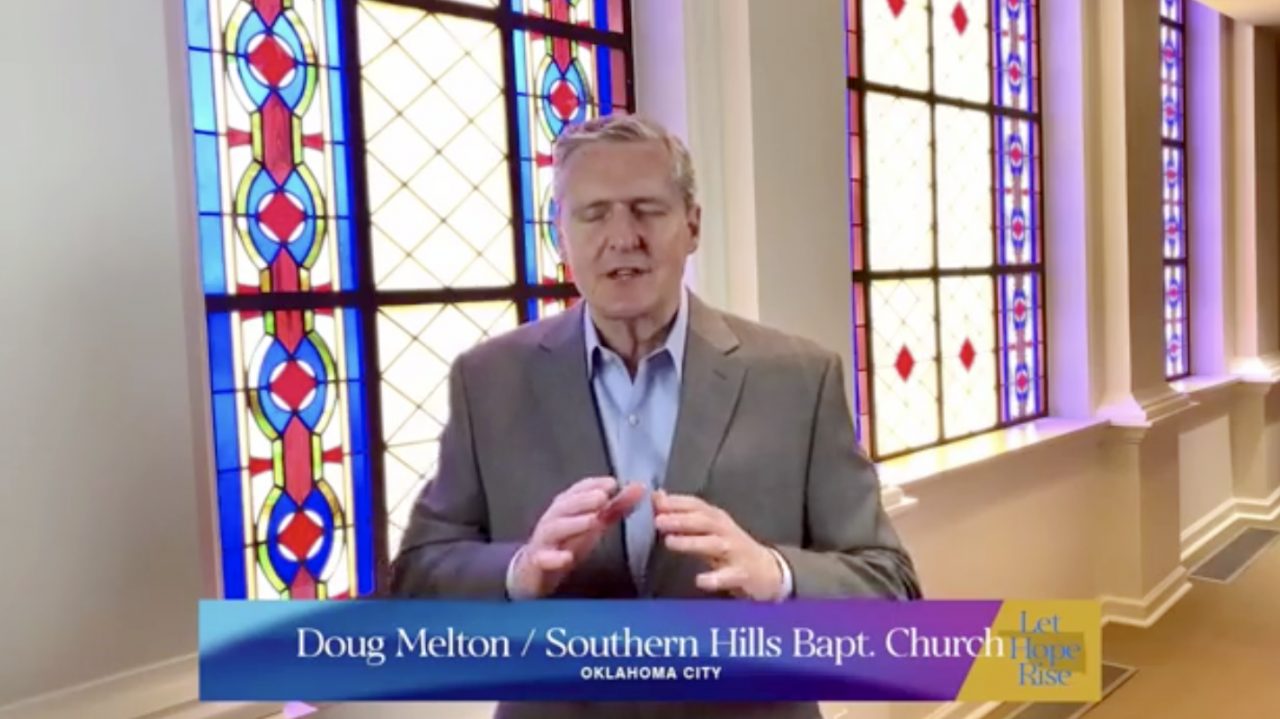 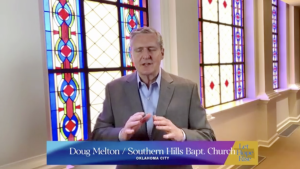 Doug Melton, pastor of OKC, Southern Hills, participated in a prayer service, broadcasted on multiple TV and radio stations across Oklahoma. Melton prayed specifically for healthcare professionals and their families, as well as for researchers battling the Coronavirus.
Screen capture from Facebook

Two Southern Baptist pastors who participated Thursday, March 26 in a prayer service, broadcast throughout the state of Oklahoma and featuring Oklahoma Gov. Kevin Stitt, marveled at the event’s timeliness as well as the boldness of the Gospel message shared.

The hour-long event, titled “Let Hope Rise,” came in conjunction with Stitt’s proclamation of Thursday as a “Statewide Day of Prayer” amid the COVID-19 pandemic.

It was carried by TV and radio stations across the state—including four TV stations in Oklahoma City and three in Tulsa, which preempted regular primetime programming—and featured several evangelical pastors, including Alex Himaya of Tulsa, BattleCreek and Doug Melton of Oklahoma City, Southern Hills. 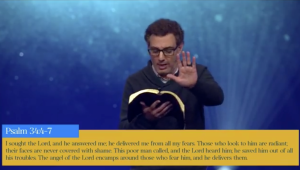 Alex Himaya, pastor of Tulsa, BattleCreek, read and delivered a brief message from Psalm 34 during a prayer service Thursday, March 26 broadcast across Oklahoma. “I’ve never heard of all the news stations in the state being commandeered by faith for an hour in primetime—and for free,” Himaya said.
Screen capture from Facebook

“The biggest thing is just, people are praying God will use it and bless it,” Himaya said. “I’ve never heard of all the news stations in the state being commandeered by faith for an hour in primetime—and for free.”

The service grew out of a call Still held last week with faith leaders around Oklahoma. It included video portions of pastors offering prayers and messages and was broadcast from Transformation Church, a nondenominational church in Tulsa.

Charlie Hannema, chief of communications for Stitt, said Stitt and his wife Sarah were honored to participate (the first-term governor is a professed evangelical Christian, though not Southern Baptist).

Himaya read and shared a brief message from Psalm 34. After reading the fourth verse—”I sought the LORD, and He answered me and delivered me from all my fears“—Himaya expounded: “Notice, He didn’t deliver (David) from all of his enemies. He does that from time to time. But He delivered him from all of his fears.”

Melton followed with a prayer specifically for healthcare professionals. After praying the first three verses of Psalm 103, he asked for God’s protection for healthcare professionals and their families, and asked “for unity in mind and thought” for researchers around the world who are battling to develop treatments and a vaccine for the Coronavirus.

“It was quite a humbling experience,” Melton said.

Both pastors’ portions were prerecorded offsite. Melton said the most impactful part of the service was the fact that the Gospel of Jesus Christ was so strongly preached.

“The majority of what people are hearing is bad news, and they are starving for good news, and for an hour last night what they heard was good news,” Melton said.

At the time of publication Friday, March 27, Oklahoma had 322 confirmed positive cases of COVID-19 infection, with eight deaths. 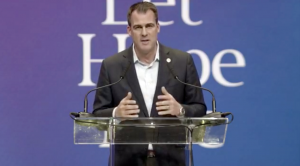 Himaya said Stitt’s desire to hold the evangelical prayer service showed “he clearly is not afraid, and he clearly believes the answer is found in Christ, and that the Healer is in heaven and from heaven.”