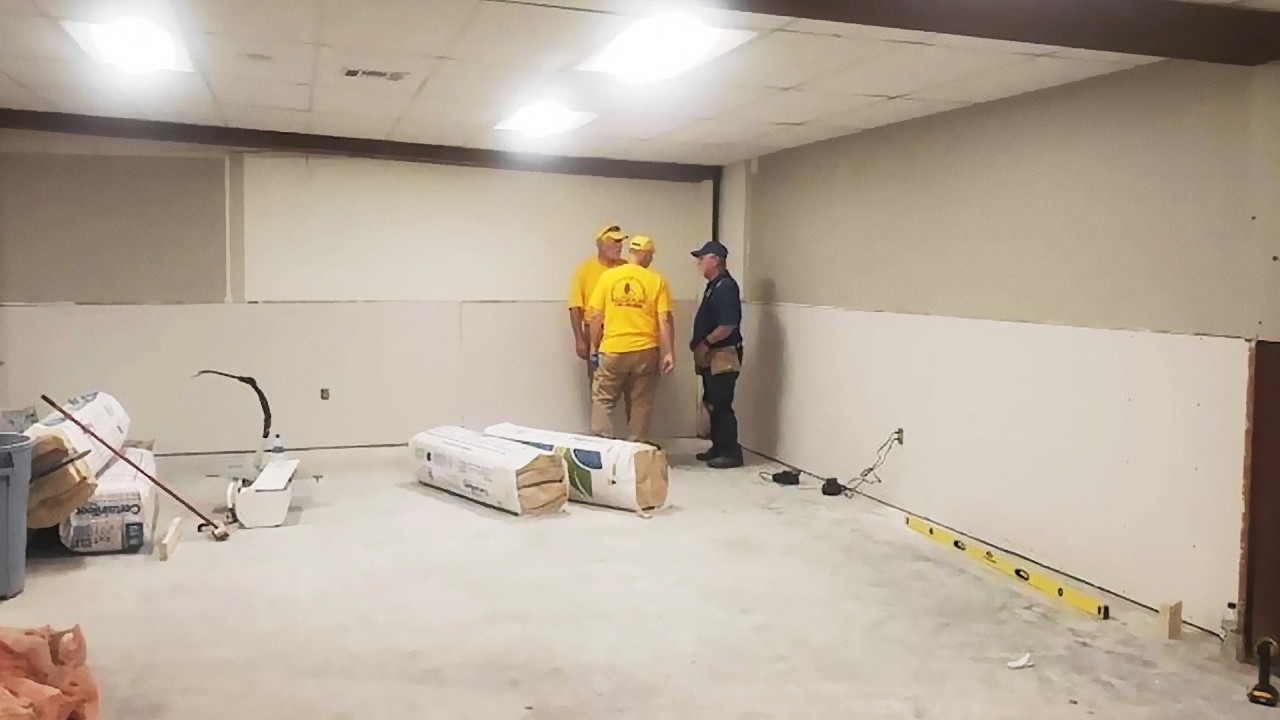 The stories are abundant. Oklahoma Baptist Disaster Relief (DR) teams share about helping those impacted by flood and tornadoes, as well as how they have seen people come to Christ and commit to church membership—and that’s just in the past year.

On Sunday, Nov. 3, many across the country will celebrate Southern Baptist DR Appreciation Day. Don Williams, state director of Oklahoma Baptist DR, has a request to Oklahoma Baptists on how to observe this special day.

“We are asking DR folks to wear their yellow shirts and celebrate what God had accomplished through Oklahoma Baptists working in disasters,” Williams said. “Oklahoma Baptists have done an amazing job of reaching out to their communities this past year and deserve our expression of appreciation.”

A video also has been produced to showcase a brief example of what DR has done in Oklahoma this year. The video is two-minutes and 15 seconds long and can be downloaded here to feature in worship services or other church events, commemorating DR Appreciation Day.

“Observing DR Appreciation Day puts in front of our folks the work that Oklahoma Baptists do in the aftermath of disaster and recognizes how Oklahoma Baptists realized the need to bring hope, help and healing to the communities that suffer after disaster strikes,” Williams said.

In 2019, trained and equipped Oklahoma Baptist DR volunteers have been “in the field” 176 days, Williams reported, which is nearly 60 percent of the year.

“In March, we started with flood recovery in Nebraska and Iowa where a chaplain/assessor team met Christi who prayed to receive Christ,” Williams said, “and they met dozens more just like her.”

Williams reported more than 100 tornadoes were active in Oklahoma this year, as well as record flood and numerous storms. Oklahoma Baptist DR has been involved in all of these weather experiences this year.

He said a DR team helped “mud-out” the home of a Christian couple in Fort Gibson. “The couple now has an active membership at Fort Gibson, First,” he said.