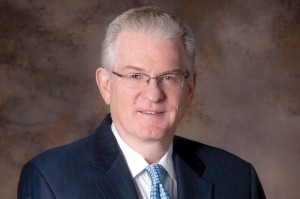 HB 2347 would cap the itemized deduction for Oklahoma state income tax filers at $17,000 annually, and Jordan believes the measure would undermine charitable giving in the state and impede the ability of nonprofits and ministries to serve people.

“Oklahomans are known around the world for charitable giving and serving people in desperate need. To artificially cap deductions undermines the very people and organizations who make up the Oklahoma Standard,” Jordan said.

“It is flawed to think the Oklahoma government can benefit in the long run by reducing deductions for the very individuals who support expansive work of non-profit and faith-based organizations,” he continued.

“This bill will undercut charities, non-profits, and ministries across this entire state and will undercut our ability to serve people. I am deeply upset and disappointed to think of the countless churches and ministries that will be harmed by this deduction limit, including disaster relief, universities, children’s homes and ministries, hunger relief and senior care ministries, to name but a few, which depend upon charitable contributions, often from major donors,” Jordan added.

The Baptist General Convention of Oklahoma (BGCO) is a convention consisting of 1,800-plus churches throughout the state.