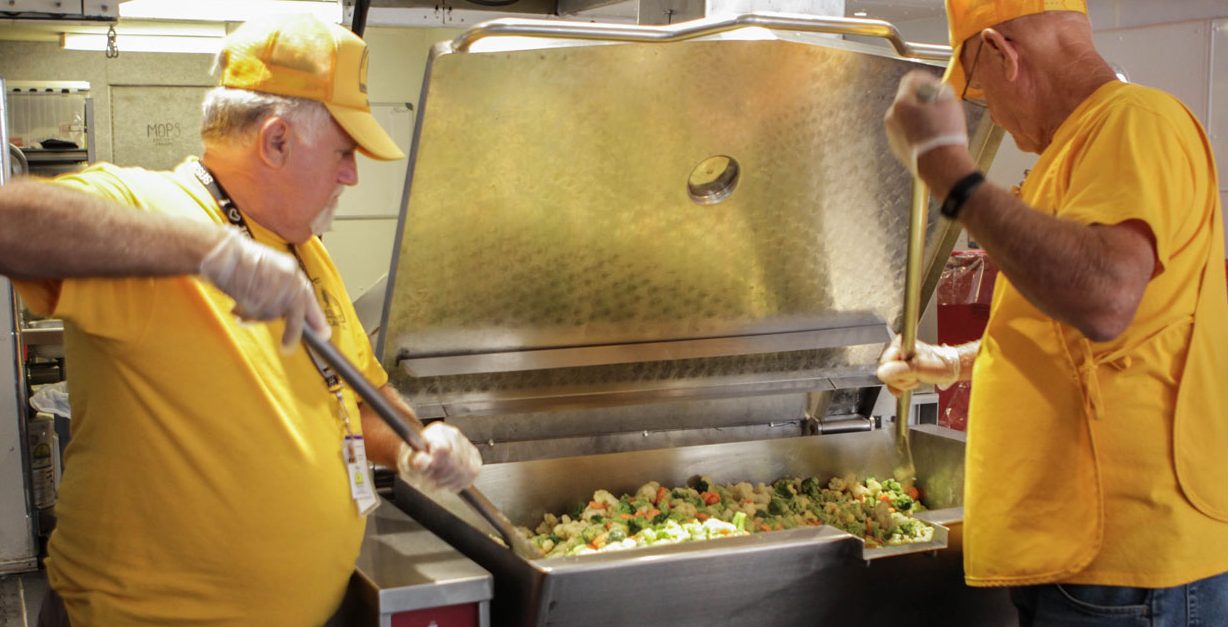 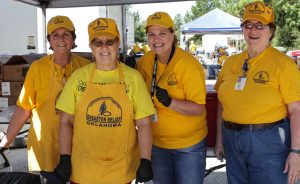 DR volunteers stop to smile as they prepared food to be taken to the Houston Convention Center.

preparing 10,000 meals a day that are served to evacuees at the Houston Convention Center. In addition Oklahoma Baptist DR is on standby to serve in the aftermath of Hurricane Irma.

“Currently there are about 92 Oklahoma Baptists on the ground in Houston. We have chainsaw and ‘mud-out’ teams stripping the walls of homes that were flooded. There are almost 500 work orders our assessors have collected, and we have completed about 100 of those jobs so far,” said Don Williams, state director of Baptist General Convention of Oklahoma (BGCO) DR. 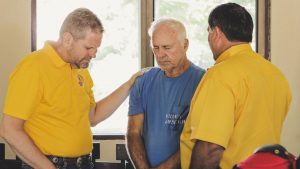 Baptist General Convention of Oklahoma Mobilization Team Leader, Alan Quigley, prays with Williams and a homeowner in the Houston area.

Additionally, Williams said DR is on standby to send teams to Florida to feed first responders such as Oklahoma Highway Patrol and fire departments that will begin relief efforts for those affected by Hurricane Irma.

Williams expects long-term recovery for residents affected by both Hurricane Harvey in Texas and Hurricane Irma in Florida.

“Disasters happen individually and locally. There is tremendous damage in both locations that needs to be taken care of, and that is what Oklahoma Baptist Disaster Relief is all about. We serve people to show God’s love,” said Williams.

For the latest updates, or to make a tax-deductible donation to Oklahoma Baptist DR, visit www.OKDisasterHelp.org.