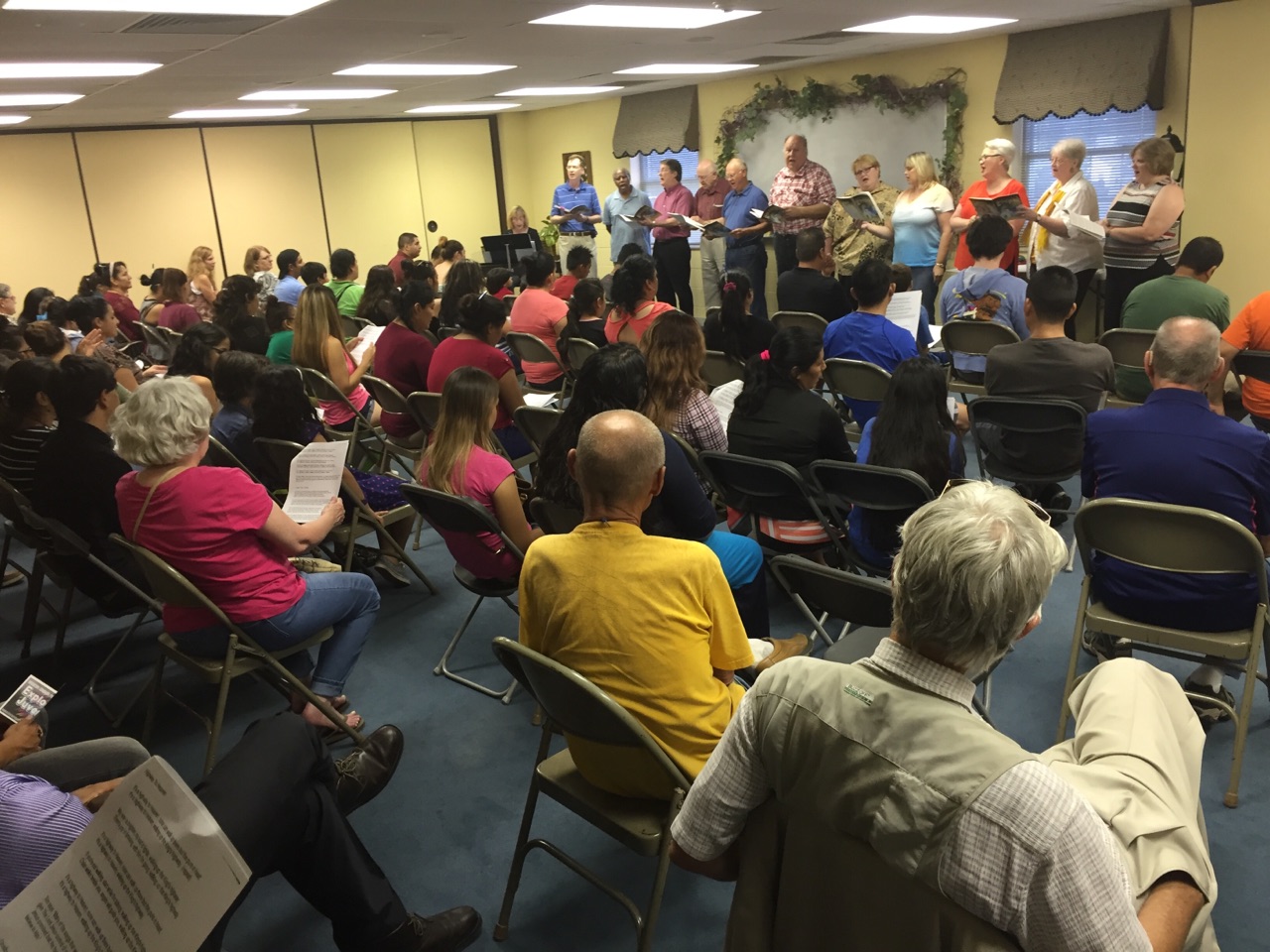 Every Wednesday morning a text message is sent out to scores of cell phones across the OKC Metro area:

The text message comes from Richard Collins, director of the Language Learning Fellowship, a ministry of Oklahoma City, Northwest since 1999.

“I knew that Richard was interested in our new Hispanic ministry, so we asked him if he would like to help with a new language teaching ministry,” said Ross. “He said, ‘I’ll try.’ And he has be ‘trying’ for the last 17 years. The key to the success of this ministry has been God giving Richard the passion to serve and connect people,” he added. 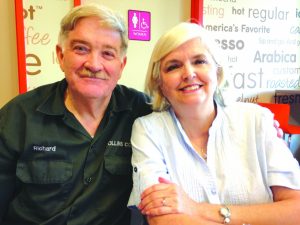 Collins and his wife of 43 years, Deborah, continually have led the outreach that has made a significant spiritual impact on the lives of hundreds of Oklahoma City immigrants.

Throughout the years, the Collinses let their passion for ministry fuel them to learn Spanish and to build up the school that offers free language classes to the public each Wednesday night, 6 p.m. at 3030 NW 23rd Street in Oklahoma City.

Collins is not a full-time, vocational pastor. He owns Collins Copier Service and repairs most brands of copiers and fax machines by day.

In his off hours, though, Collins is running a ministry that averages more than 80 people on a weekly basis.

“We had a high attendance last week of 115 people,” he said. “Our ministry is run entirely by volunteers. We marvel at how it works each week. If we lose a teacher for one reason or another, God always brings the next person to step in to teach their class. It’s an example of God at work,” said Collins.

The ministry has changed names and locations a few times over the nearly two decades of its existence, but the focus on ministry has remained.

“We now offer various classes in five languages. (There are) five levels of English, two levels of Spanish, plus basic Korean, Chinese and Arabic. We also have Citizenship Classes and have had 50 people who have become citizens while studying with our school. But more importantly, we see people getting saved and becoming part of the Kingdom of Heaven—just this week we have had four more people come to Christ,” Richard said.

For the Collinses, theirs is a ministry partnership. Richard’s wife Deborah finds her part of the ministry more in the background of planning various logistics, fulfilling administration tasks and coordinating refreshments. Richard is the highly-active man out front, recruiting, mingling, introducing people and getting to know the students by name.

“He loves these people, and they can tell,” Deborah said, smiling at her husband.

Deborah may be the “Martha” of the organization, but she is also as much a driver of the philosophy behind the ministry as is Richard.

“I like to call our ministry approach, ‘meeting needs and sowing seeds.’ Most people who come to Language Learning Fellowship don’t know they need the Gospel; they just know they need to learn English. We meet their needs and thereby earn the privilege to share the Gospel with them,” she explained.

Nearly one year ago, Igelsia Bautista Peniel became integrated into the life of Northwest Baptist church, becoming Northwest En Español. Pastor Mauricio Mejia is the Northwest church ministry staff liaison for the Language Learning Fellowship. He said the ministry is an important part of the international focus of the entire church.

“The language classes are the biggest part of our outreach here at Northwest. It remains a bridge into our Spanish-language ministries. Last year our Hispanic ministry baptized 24 people; 11 of those came from the language school. But we also make connections with Anglo, Asian and Middle Eastern families through the school,” said Mejia.

The school has not gone unnoticed by Hispanic community leaders. Recently, articles have been written about the school in the Spanish-language newspaper Hola Oklahoma!, and the ministry was recently featured on the Oklahoma City Telemundo news.

Mejia believes that, though he is a new pastor in the community, he has been well received because of the ministry. 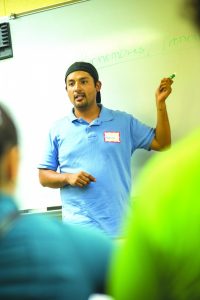 “I have never received a negative response about Language Learning Fellowship. In fact, I have been invited to speak at schools and have found open doors in our Hispanic community because of the school. I think that is because we are careful to let them know that we are a church and ministry that loves the community. I think they can feel the love when they come into our fellowship,” he said.

It is not only Hispanic people who can sense the affection, Mejia continued, “Just last week I had a Middle Eastern man come up to me at the school and say, ‘Thank you for providing a safe place for me and my children to come and learn.’ That really meant a lot to me.”

For more information about the Language Learning Fellowship, contact Collins by email at rbradcollins@gmail.com or call 405/203-6235.