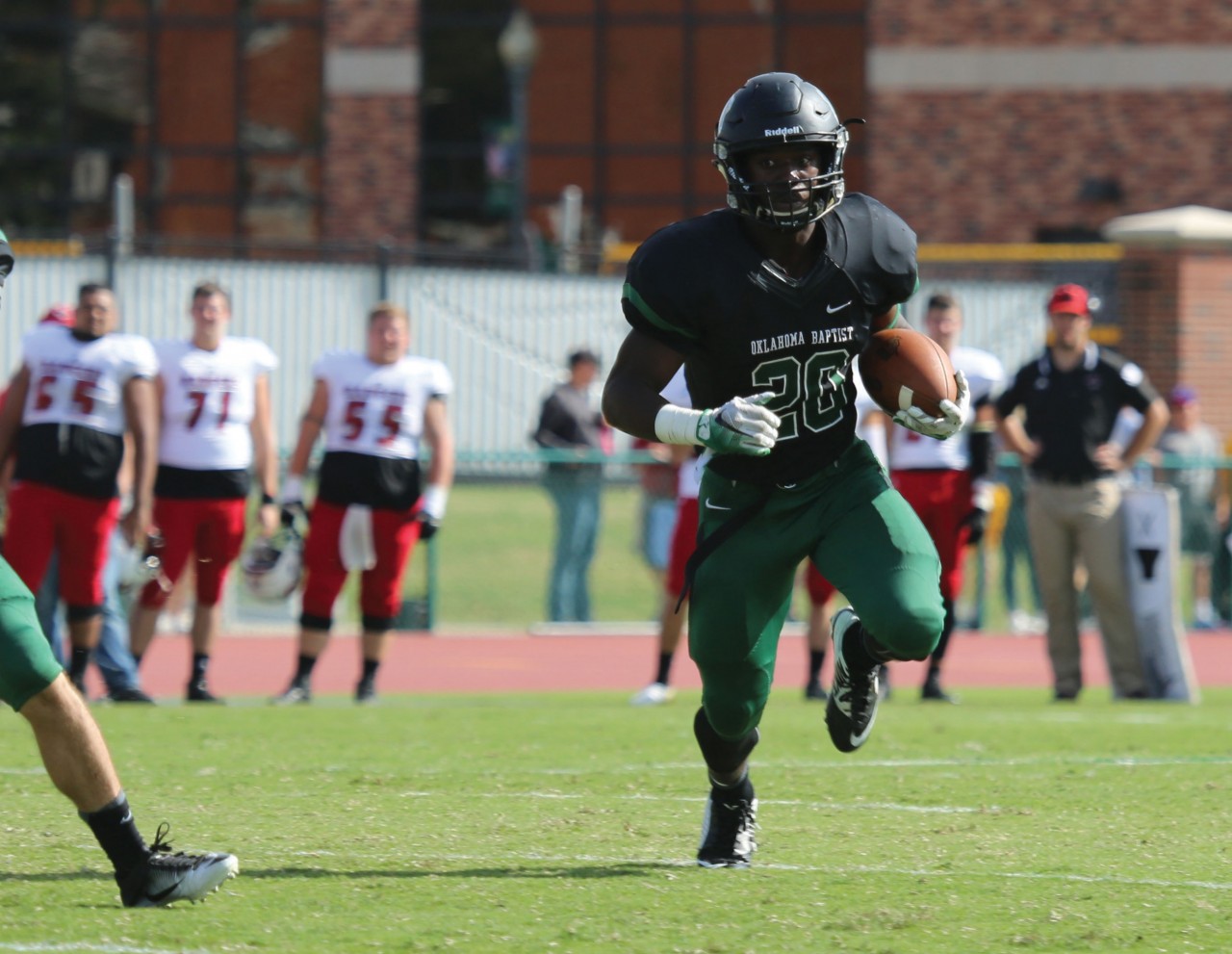 SHAWNEE—Isaiah Mallory is a 5’9, 170 pound sophomore from Aledo, Texas who has begun to make record breaking a habit. 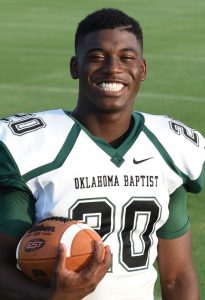 Mallory is described as a ‘selfless individual’ with a strong work ethic.

In his second season on the Oklahoma Baptist University (OBU) Football team, Mallory is the first to be named First-Team All-Great American Conference (GAC) on top of breaking the school record for single season rushing.

Mallory is only the second OBU player to break the 1,000-yard rushing mark, despite missing a game earlier in the season and splitting time with other running backs on the Bison roster.

He rushed for nine touchdowns in the 2016 season and recorded an 86-yard run that also broke the OBU school record for longest run in school history.

From where does his great success as an underclassman come?

“His work ethic,” OBU Head Coach Chris Jensen answered. “He is one of the hardest working people in our football program. The success that he sees on the field is directly related to that. He’s also a very selfless individual.”

All of the success however, did not come easily to Mallory. He wasn’t a five-star recruit out of high school.

“He wasn’t a guy in his high school that was the star or first string running back. When we recruited him we saw potential but had no idea what he would come in and offer,” explained Jensen.

But through hard work and dedication, the opportunity to play his freshman year rose when an injury brought him from redshirting in the 2015 season to playing.

Mallory began to work his way into a key spot on the Bison offensive attack as he battled for the running back position alongside teammates Dawson Myers and Jordan Barnes.

“We (the coaching staff) are excited about the battle that has taken place between these three athletes,” Jensen said. “(Mallory) wasn’t in it for himself; he just wanted to help his teammates be better. He never complained about sharing time with other RBs—not a very common trait in our society these days.”

OBU’s 2016 season came to a close in a 20-10 loss to Southern Nazarene University, the game that Mallory broke the rushing record at OBU.

Isaiah Mallory on a breakaway run against Northwestern Oklahoma State. The sophomore running back recorded 182 yards on 22 carries against the Rangers

Looking forward to next season, the Bison are eager as the team is getting more acclimated to playing in NCAA Division II competition, as OBU completed its second year at the D-II level.

“We’ve had some good things and bad things happen for us, but we’re committed as a program,” Jensen said. “The administration is committed to make this a winning program and do it the right way, with class and integrity.”

The Bison went 2-9 overall this season, winning one game at home and one on the road. As off-season begins, coaching staff is looking forward to a time of growth for their budding program.

“Isaiah knows that we’ve had some success, but to make that a consistent thing in our program we need to take advantage of this offseason and get bigger and stronger and faster,” said Jensen.

As for Mallory, his future in the OBU football program looks bright as he grows working alongside his teammates.

“He (Mallory) feels very fortunate that he’s the one to carry the banner for our team, and (he’s) the right person to do it” Jensen said. “One of the blessings of having him on the team is he points to others first.”