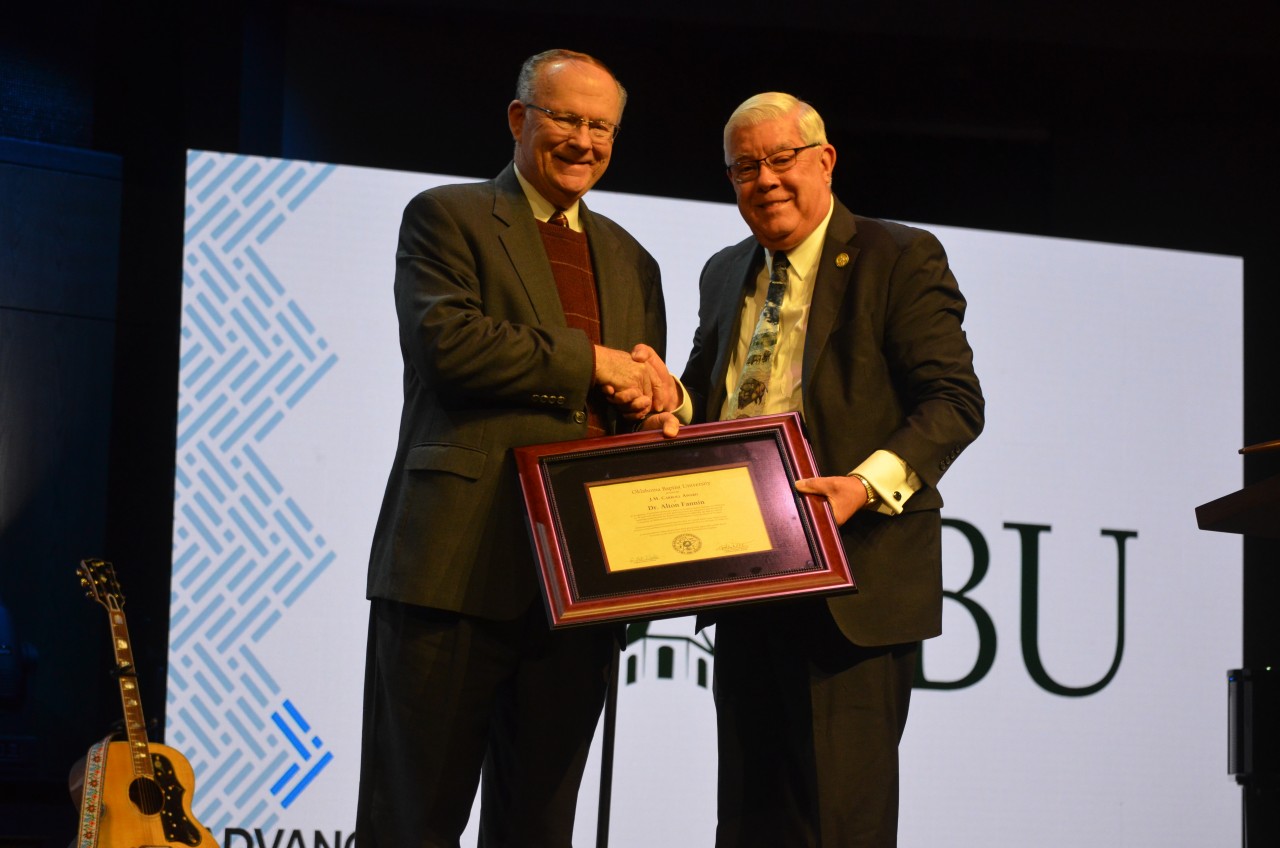 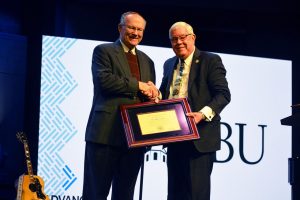 The J.M. Carroll Award is given in honor of OBU’s first president who helped establish the foundation upon which OBU’s tradition of excellence has been built. In honor of President Carroll and the legacy he left for generations to come, OBU presents the J.M. Carroll Award in recognition of outstanding denominational service in the state of Oklahoma. Pat Taylor, interim president of OBU, presented the award.

Fannin has pastored Southern Baptist churches in Oklahoma for 48 years, the last 31 years at Ardmore, First. He has served as Oklahoma Baptists president, chair of the OBU Board of Trustees and as a board member of both Oklahoma Baptists and the Baptist Foundation of Oklahoma.

Fannin pastored his first church, Atwood, First, at the age of 19. He later served at Sentinel, First and Okmulgee, First before moving to Ardmore. A native of Marietta, he graduated from Marietta High School.