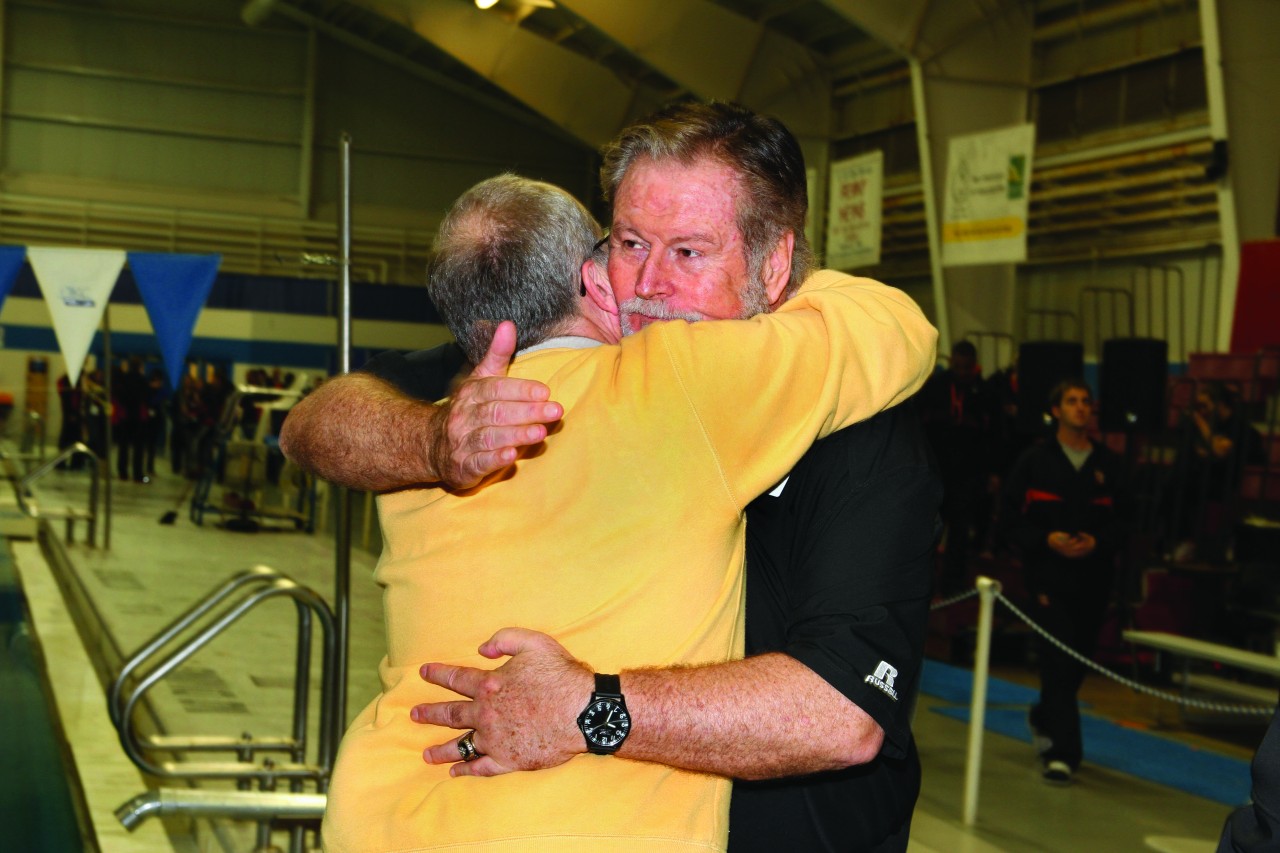 SHAWNEE—Legendary Oklahoma Baptist University (OBU) swimming and diving coach Sam Freas, who led OBU to seven national championships after starting the university’s swimming and diving programs in 2011, passed away Sunday night, March 24, at the age of 72.

“Sam’s reputation as one of the most respected coaches in collegiate swimming was well-deserved,” OBU Athletics Director Robert Davenport said. “What he accomplished in building championship programs here at OBU is unprecedented. More than anything he was a mentor and friend to his fellow coaches and colleagues here on Bison Hill, and most of all to the student-athletes who he led. We are grateful for his tremendous legacy. His leadership and influence will be profoundly missed.”

As OBU made the transition to NCAA Division II membership, Freas’ teams established themselves as national contenders, with both the Bison and Lady Bison finishing fifth in their first appearance at the 2018 NCAA Championships and taking home individual national titles in the men’s 50 free, men’s 200 free relay, and women’s three-meter diving. At the recently completed 2019 Division II Championships in Indianapolis, OBU’s women’s team posted a second consecutive top-10 finish, while the men were again among the nation’s top 20 programs. 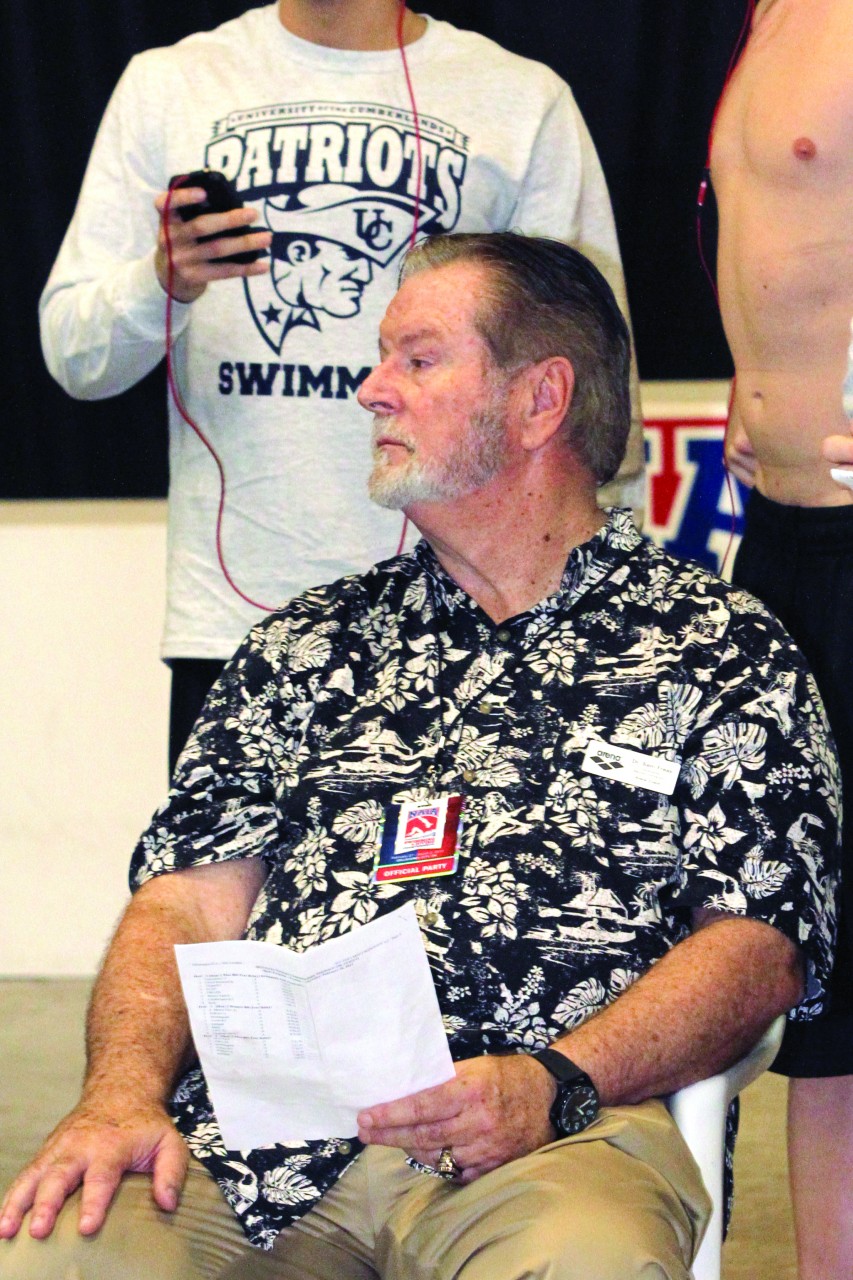 He was 64-12 at Allegheny, 84-15 at Arkansas, 61-9 at LSU and 40-0 at Hawaii in dual meets, with multiple top-10 team finishes at each stop. His swimmers at Arkansas set seven U.S. records, three world records and produced 11 Olympians and one world champion. In all, 19 of his college swimmers have competed in the Olympics.

In addition to his work in coaching, Freas was a well-respected professor in OBU’s physical education and health and human performance departments, and also served as a faculty member at Arkansas, LSU and Allegheny College. He also was director of athletics and health, physical education and recreation at Kenyon College in Gambier, Ohio, and associate dean at Palm Beach State College in West Palm Beach, Fla.

Freas attended the United States Military Academy at West Point and graduated from Springfield College with bachelor’s and master’s degrees. He did doctoral studies at the University of Iowa before earning a doctor of education degree from California Western. 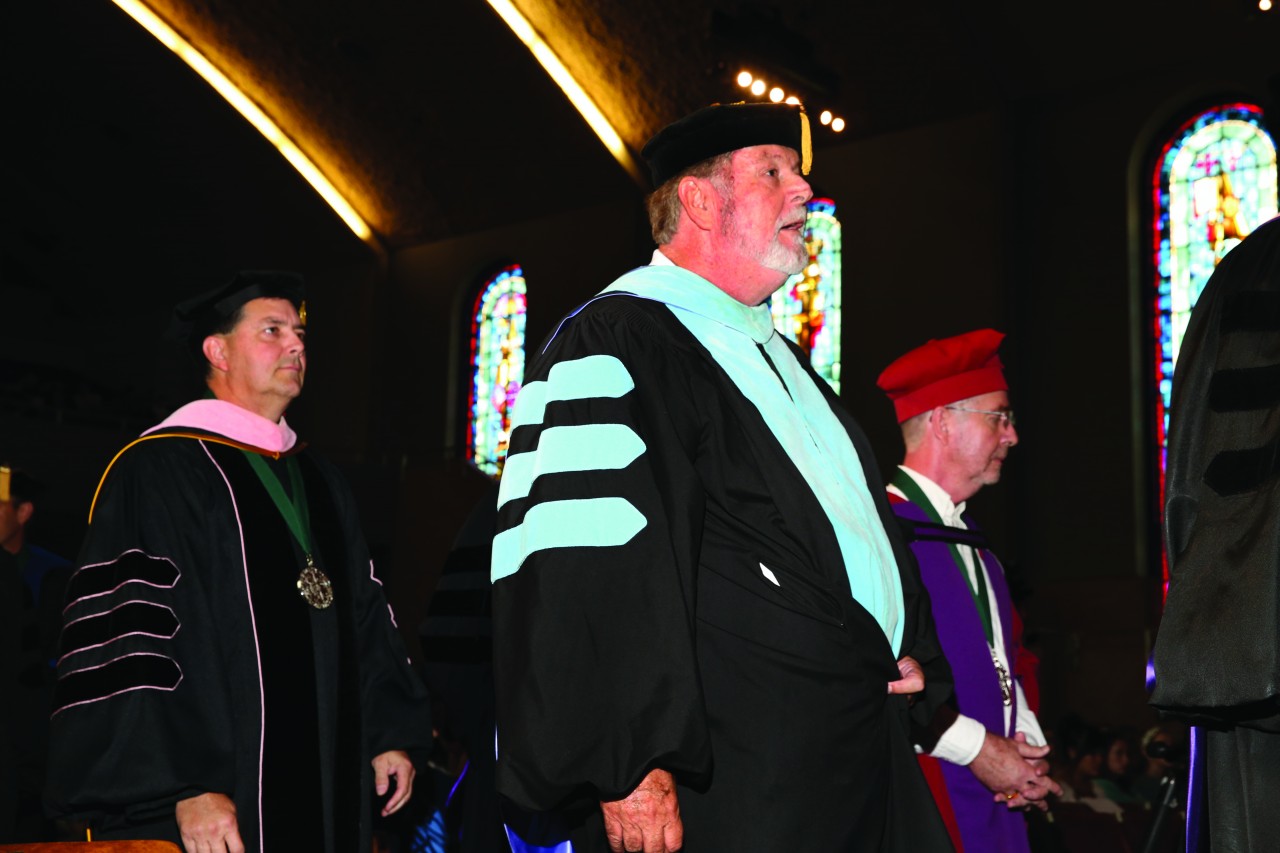 Sam Freas participates in an OBU graducation ceremony. He was a well-respected professor in health and human performance departments.

“Sam Freas was a scholar, author, mentor, gifted professor and extraordinary coach,” OBU Chancellor David Whitlock said. “He loved his teams, his students and his family intensely. Most of all, Sam loved Jesus. His professional accomplishments are many, yet he was most proud of his family and boasted only of others and his Lord. The legendary Freas standard extends over many years, and we are so grateful and blessed to be a part of his legacy.”

An influential author of several books on swimming, Freas served as president and CEO of the International Swimming Hall of Fame from 1989-2004.

“The entire OBU community mourns the loss of Coach Freas,” OBU Interim President Pat Taylor said. “He was a great Christian witness and mentor to our swimming and diving team members and an inspiration to his colleagues and friends. We are praying for his family, friends, team, students and colleagues on Bison Hill during this difficult time.”

Freas is survived by his wife of 43 years, Rosemary, and their four children and 11 grandchildren.