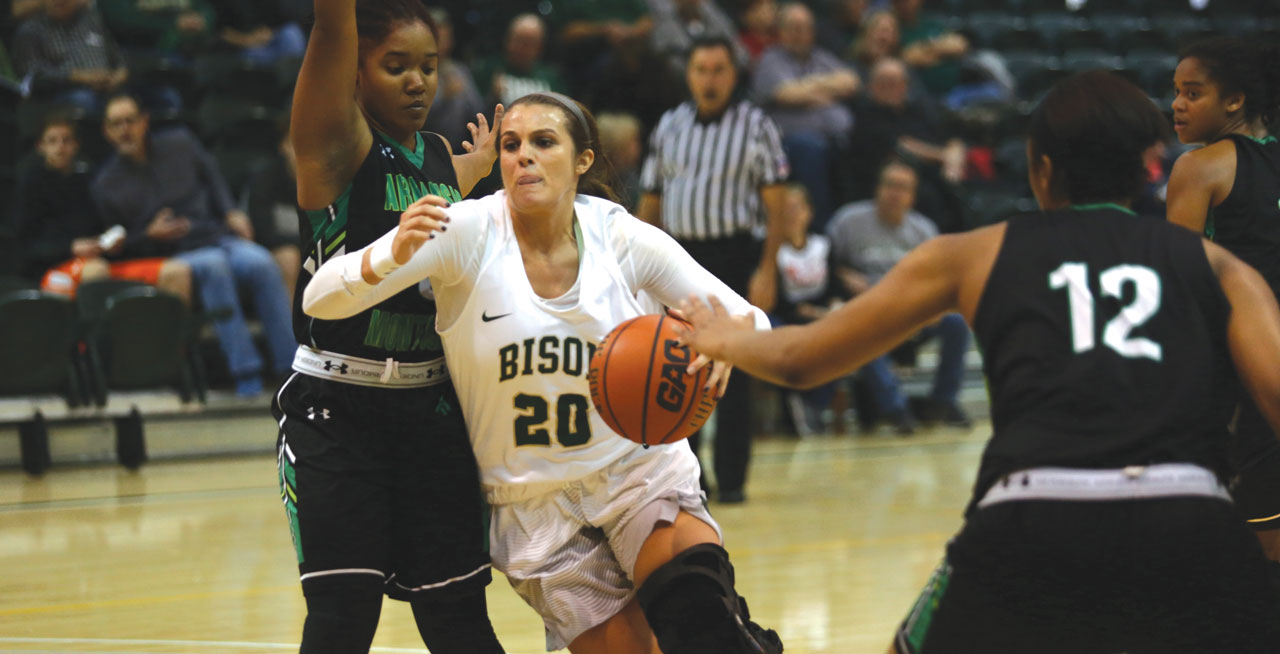 SHAWNEE—Oklahoma Baptist University’s (OBU) men’s and women’s basketball teams are now full-fledged NCAA Division II programs and eligible for post-season play. The Bison and Lady Bison squads are beginning the second half of their respective seasons, ranked in the middle of the Great American Conference (SAC) standings.

“We’ve had some girls who had to step up in different roles,” Bays said, “and I think they’ve done a good job. We’ve made the right progression the right way.”

The Lady Bison were 9-8 on the season and 4-7 in SAC play, prior to traveling to Arkansas to face conference rivals Southern Arkansas on Jan. 25 and Arkansas-Monticello on Jan. 27. At the start of the season, OBU won four of the first six games and also had a stretch of winning four out of five games, from late December into early January. Prior to the Arkansas trip, the Lady Bison have not lost more than two-consecutive games on the season.

Before Jan. 25, McKenzie Cooper led the Lady Bison in scoring at 16.8 points per game, while Tasha Edge contributed 15.5 points and a team-best 8.5 rebounds a game.

The Bison took a two-game winning streak to Arkansas to face Southern Arkansas and Arkansas-Monticello. OBU has been in many tight battles this season, collecting a 77-74 win at home at Southern Arkansas on Nov. 18 as well as a two-point road win in overtime, 81-79, at Henderson State on Dec. 2. The Bison also experienced an 89-86 buzzer-beater loss at home to Southeastern Oklahoma State on Jan. 11.

“We’ve made a big step as far as the standings at 5-6 and being in the middle of the pack,” said OBU Head Coach Quinn Wooldridge, whose squad was 8-9 on the year, prior to the Jan. 25 matchup at Southern Arkansas. “We’re just scratching and clawing to compete.”

OBU is led by Chandler Rickey who claimed 18.9 points, 7.2 rebounds and 2.7 blocks a game, prior to Jan. 25. Wooldridge also is high on Travon Moore who was averaging 11.8 points and does “a little bit of everything” for the Bison.

Both OBU squads share the same schedules down the stretch of the season. The upcoming home games for the Lady Bison and Bison are against Henderson State on Feb. 1 and Ouachita Baptist on Feb. 3. The teams will have two more home games for the squads with Northwestern Oklahoma State coming to Bison Hill on Feb. 15 and Southern Nazarene being the final home foe for OBU on Feb. 19.