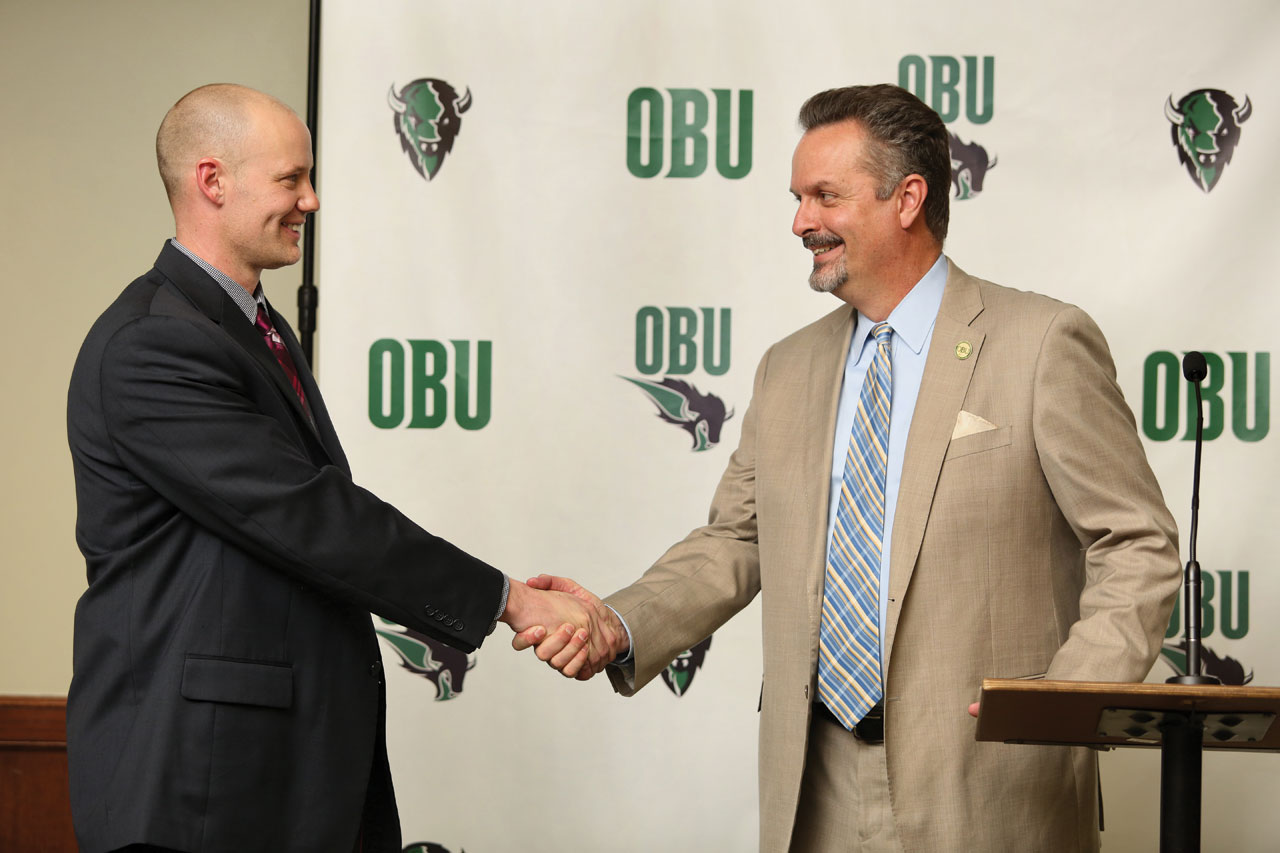 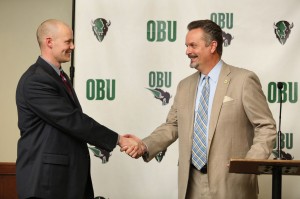 SHAWNEE—A 1999 OBU graduate and 2012 OBU Hall of Fame inductee, Wooldridge played all four years as a Bison, finishing his career as the all-time leader in games played and third all-time in career scoring with 1,886 points. He also owns OBU’s season and career records for made and attempted three-pointers.

“I was here as a player under Coach Hoffman and came back and worked under Coach Tolin. Right now I feel like I’m walking in the footsteps of giants,” Wooldridge said. “This is home to me.”

He will be the first coach for the Bison as an NCAA basketball team. OBU joins the Great American Conference and leaves behind the NAIA next season.

“We’re elated to get Quinn here and for this opportunity for him to come home,” said OBU Athletic Director Robert Davenport. “I think he is a great choice to lead Bison basketball into this new stage.” 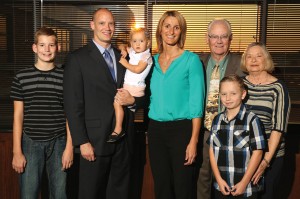 He comes to OBU from Southwestern Christian University, where he was the head coach for three seasons and coached five All-Conference selections, as well as 2014 NAIA Dunk Contest winner and current member of the Harlem Globetrotters, Tyler Inman.

Wooldridge also was the head coach at University of the Southwest and had assistant coach stints at OBU, Oklahoma City, Wayland Baptist, Missouri Baptist, Lyon and Eastern Oklahoma State and coached in the NAIA Tournament in 2002, 2008 and 2010.

A native of McAlester, Wooldridge earned his Bachelor of Science degree in education from Oklahoma Baptist in 1999 and his Master’s of Education from East Central University in 2003.

2008 – Head Coach, University of the Southwest