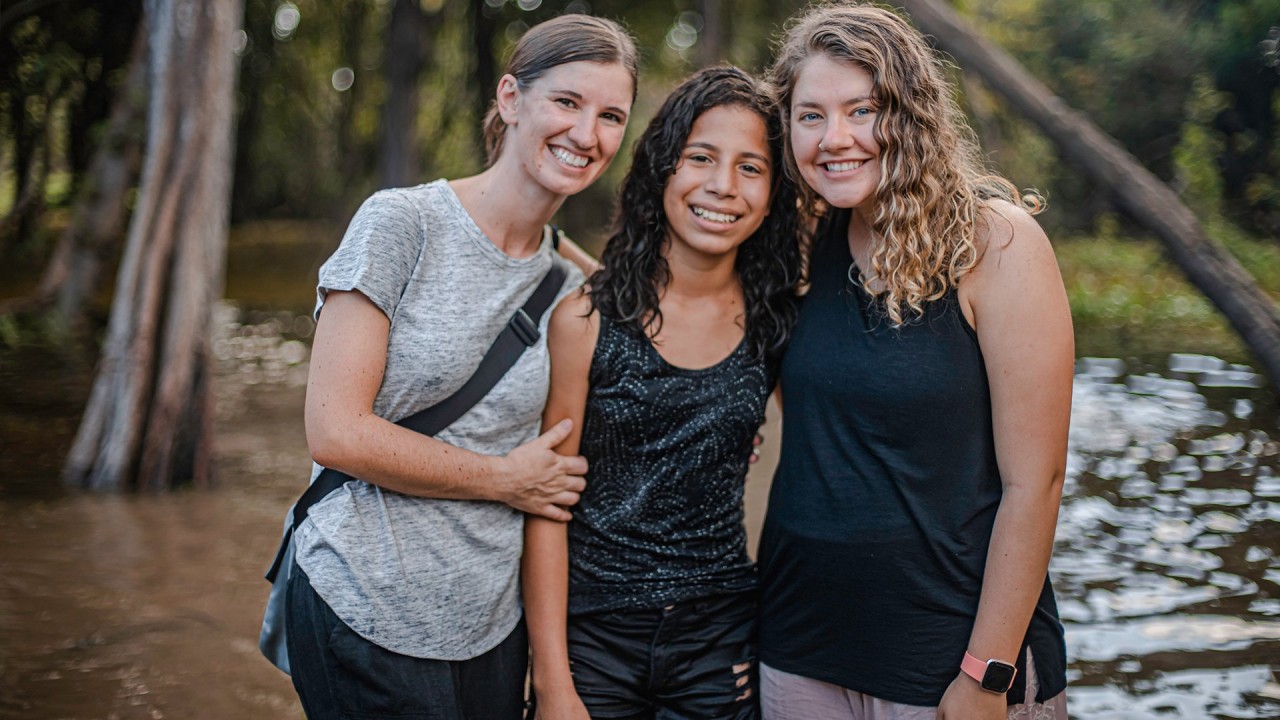 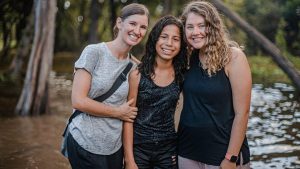 Journeymen Jazz Jones, left, and Haylee Belcher, right, rejoice with their friend, Ana, after her baptism in Northern Brazil.

When she was 16 years old, Haylee Belcher felt called to serve overseas. As she read through the Bible, specifically passages like the Great Commission (Matt. 28:18-20), Haylee said she could not help but ask herself, “Where is God sending me?”

Six years later, God sent Haylee to work in the Amazon. While attending Oklahoma Baptist University, Haylee went on several short-term mission trips to Northern Brazil and sensed the Lord leading her to serve there. In July 2018, she began her journeyman term, serving in the Amazon through the International Mission Board. IMB journeymen are college graduates under the age of 30 who are sent by their church as missionaries for a two-year term.

Haylee said her ever-growing closeness to the Lord is one of the most rewarding parts of her experience as a journeyman.

“At the beginning of my term it was easy to feel lonely or discouraged because I didn’t know the language yet and couldn’t build community with those around me,” she said. “I really had to lean into the Lord for comfort and encouragement.” 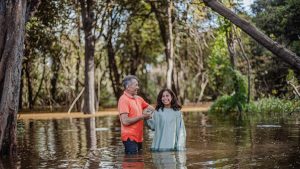 Ana, a national believer in Northern Brazil, was baptized on March 11, 2020, by a Brazilian pastor.

During her time in Brazil, Haylee has seen God at work not only in her life, but in the life of her Brazilian friends. Ana, a national friend, began to attend a Bible study Haylee and her journeyman partner, Jazz Jones, held at a neighbor’s house. The more Ana attended the Bible study, the more she asked hard, challenging questions about God and the Bible.

The Bible study focused on Creation to Christ, a Bible storying curriculum that details Bible stories from creation to the Gospels. As Ana heard different stories from the Bible about who Christ is and how He came to save, she asked, “What if I wanted to become a Christian today? What do I do?”

Haylee and Jazz walked Ana through the Bible passage of Acts 2 and shared how those in the story asked the same question of the Apostle Peter. Ana wasn’t ready to surrender her life to Christ at that moment but returned about a month later eager to ask more questions about becoming a Christian. Less than a week later, Ana met up with Haylee and Jazz again and told them she had prayed, repented of her sins and surrendered her life to Christ that very morning. Haylee said it was so encouraging to see the Holy Spirit prompt Ana and to have Ana respond immediately. 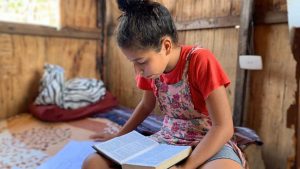 For the past eight months Haylee and Jazz have been discipling Ana as she has grown in her walk with the Lord. Throughout their discipleship meetings, they have encouraged Ana to share her faith with others and in turn, they too challenged each other to share the Gospel. During quarantine, Ana has had the opportunity to spend time with her family and is working on sharing the Gospel with them.

Although Haylee grieves the fast-approaching end of her two-year term in Brazil, she said she is encouraged by all she has seen God do during her time there.

To learn more about the Journeyman program visit: https://www.imb.org/go/options/journeyman/